Marc Verhaegen was born in Antwerp in 1943. He studied at the Royal Conservatories of Brussels and Antwerp, earning numerous first prizes, including piano (with Eduardo del Pueyo and Frédéric Gevers), harmony (André Souris and Emmanuel Geeurickx), chamber music (Jef Maes) and counterpoint (Nini Bulterijs). Verhaegen graduated with diplomas in fugue and composition from the successful composition class of Willem Kersters. 1974 brought a major change of course in the composer’s career, as he became a music-theory teacher at the Maastricht Conservatory (a position he held until 1977) and also began to teach harmony at the Royal Conservatory in Antwerp. In 1977, Marc Verhaegen became the director of the municipal music school in Herenthout, remaining in the function until 1990, when he became director of the August De Boeck Academy for Music, Word and Dance in Asse. Marc Verhaegen’s compositions have received numerous distinctions. In 1979 he received the Albert De Vleeshouwer Prize for Duo for oboe and double bass. Four years later he won the Jef Van Hoof Prize for his Toccaresque for piano four hands. In 1985 he was awarded the Peter Benoit Prize for Trio for violin, piano and cello. In 1993, his Capriccio for clarinet and piano won the prize of the Royal Academy of Sciences, Letters and Fine Arts of Belgium. Many of Marc Verhaegen’s works have been commissions, for such organisations as the Beethoven Academie, BRTN Radio 3 and the Katholieke Universiteit Leuven. He has also been a jury member at the European Music Festival in Neerpelt since 1989.

Marc Verhaegen, like many other well-known contemporary composers (Wim Henderickx, Luc Van Hove, Jan De Maeyer…), received his training in Willem Kersters’ composition class. Verhaegen’s oeuvre, however, shows few of his teacher’s influences, but draws above all on a number of Russian composers such as Stravinsky, Prokofiev and Rachmaninoff, who lend his music its rhythmic drive, irony and lyricism. His work also reveals a great love for Ravel. Characteristic of this is his Air Tzigane for violin and piano (1993). The “gypsy” character of the music, like its title, points to Ravel’s 1924 work for violin and orchestra (originally for violin and piano). Verhaegen’s music does not set out to be groundbreaking or experimental. He often draws on tradition, for example through the use of traditional forms such as the sonata and the suite. His musical language may be described as post-tonal. Of major significance is his great interest in lyrical melody. Marc Verhaegen alternates different tonal languages with one another. He has written both Romantic and Modernist compositions in which attention to the instrumentation is an important general characteristic. Verhaegen usually orchestrates in an impressionistic style, particularly under the influence of Ravel. His compositions betray a strong desire for symmetry and structure. There is always motivic-thematic development in which the various musical segments are clearly delineated. Verhaegen makes generous use of the principle of rhetoric, achieving this with contrapuntal techniques. A look at the complete list of the composer’s works, finally, reveals his predilection for vocal genres, no doubt a reflection of his great interest in literature.

In one of his first works, Interludes for cello and piano (1974), Marc Verhaegen ingeniously combines the two instruments that he himself played. In Duo for oboe and double bass, the award-winning work written in 1978, the comic element, suggested by this unusual combination of instruments, takes centre stage. The traditionally opposed qualities of the two instruments are alternated with more “uncharacteristic” uses of each instrument. For example, at the beginning of the work the bass enters with pizzicato notes, followed by a lyrical melody from the oboe. In this first section, the bass is limited to an accompanying role. Several bars later, the roles are switched and the oboe begins to play the staccato notes, followed by a melodious double bass. The two instruments go on to take solo roles in two cadenzas. A first important work for larger forces followed in 1979 with the composer’s first Concerto for piano and orchestra. The work consists of five though-composed movements, and shows the influence of Prokofiev in its rhythms. The solo part is rich in its content, virtuoso and melodically surprising through the alternation between whimsical and more lyrical passages. The dramatic tension is palpable and a well-constructed cadenza leads this concerto to a big climax. Two years later there followed his Trio for violin, cello and piano, the work awarded the Peter Benoit Prize. This Romantic chamber-music work is chiefly characterised by its symmetrical structure. Two outer movements are separated by a central movement which is longer than either of the others. The three instruments are handled similarly, with themes appearing in each of the violin, the cello and the piano. One constant is the alternation between sections with a maestoso and a scherzando character. The 1982 Toccaresque for piano four hands, also a prize winner, again shows the influence of Stravinsky. Verhaegen wrote this work at a time when the piano four hands version of Le Sacre du Printemps had made a deep impression on him. The title of his work refers to the many toccata elements incorporated in it, such as rhythmic accents, repetitive patterns and a playful character. Again, this composition is well-organised and symmetrically structured. The first movement is thematically capricious and highly rhythmic. In opposition to this is the second movement, which is predominantly calm and serene. The third movement is a shortened version of the first, with an added coda that leads the whole work to a dynamic conclusion.

In his Symphony no. 1 (1989), Marc Verhaegen follows the classic design. This varied work exhibits strong influences of Ravel and Stravinsky. Verhaegen integrates many lyrical melodies into the post-tonal style. The minor third forms the basis of the themes found throughout the whole work. Lyrical sequences are constantly alternated with chromatic and rhythmic cells. Three years later there followed another work for small ensemble, which was honoured with an award. This work, the Capriccio for clarinet and piano, is characterised by the alternation of two different moods. In 1999, Marc Verhaegen composed Convergences, a work for nine wind instruments and string quartet. The title refers to the convergence of the different musical parameters: for example, polyrhythmic and homorhythmic elements, or polyphony and homophony. This significant work synthesises the two influences on Verhaegen’s work. In the expressionist beginning of the work, there is a clear reference to Stravinsky: the motorial, rhythmic drive seems to come straight from Le Sacre du Printemps. This passage is briefly repeated at the end of the work, serving as its conclusion. On the other hand, Ravel is never far off in the more impressionistic central movement. This work excels through the contrapuntal development of the three cells stated in the opening bars by the horn and the trumpet. The modernist tonal language generates different sound fields in which the themes are developed as they pass from one instrument to another. 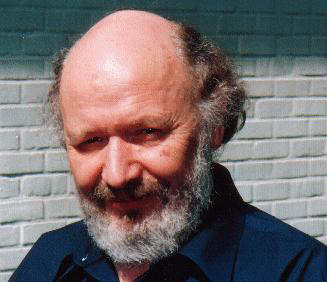