August Verbesselt was born in Klein-Willebroek in 1919. His native village did not offer much in the way of musical activities, but the local jazz pianist and the brass band were enough to arouse an interest in music. Verbesselt studied flute and tried his hand at composition. At 18, he enrolled in the Antwerp conservatory, where he studied harmony with Lode Ontrop and counterpoint and fugue with Karel Candael. In addition to this he earned his higher diploma in flute with Louis Stoefs, becoming the first student to receive such a diploma for this instrument (and playing the third movement of his own flute concerto on his exam); previous recipients were all pianists or violinists. After his studies, he quickly found work as a solo flute player in the orchestra of the Flemish Opera, a position that he would hold for almost forty years. In 1955 Verbesselt became a harmony teacher at the Antwerp conservatory. In the 1960s, after long and ultimately successful efforts to establish courses in analysis and formal studies, he became the coordinator of these courses. Verbesselt has been praised by his former students (including Jan Pieter Biesemans, Alain Craens and Wilfried Westerlinck) for his work as a teacher and composer. In 1965, Verbesselt was named director of the music school in Niel.

August Verbesselt produced a highly varied oeuvre. His education as a flute player led to the composition of a number of works for his own instrument. However, other wind instruments are also well represented in his oeuvre. Besides a concerto for flute, for example, he also wrote concertos for oboe and clarinet and a concerto for clarinet quartet and chamber orchestra (as did Willem Kersters). A pair of clarinet quintets (1985) and woodwind quintets (1994) also reveal his love of chamber music on woodwinds.

In terms of style, Verbesselt’s oeuvre can be divided into 2 clearly-defined periods. In a first period (1940-1967), he wrote mainly on the basis of an extended tonality, tending towards free atonality. In a second period (1967-1995), he used dodecaphonic rows as the basic material for his compositions. Nevertheless, all his music is characterised by the desire to be comprehensible to his audience. Verbesselt’s music aims to create a mood, “rediscover” sounds and thus narrow the distance between the audience and the modern composer. A work that takes a central place in the so-called first period is the Concerto for flute, 2 percussionists and orchestra (1952). In this concerto modelled after Bartók, Verbesselt combines classical techniques such as the tripartite concerto form, the sonata form and the song form with an atonal and bitonal musical language. The 2 percussionists do not play in the lyrical second movement, but enter into a virtuoso rhythmic and melodic dialogue with the flutist in the outer movements. This concerto enjoyed a certain degree of success outside Belgium, being published by the French publisher Billaudot on the advice of the renowned French flutist Jean-Pierre Rampal, who came into contact with the work while on tour in Antwerp in 1966. The Concerto for orchestra of 1959 also comes from Verbesselt’s first period. Once again, the influence of Bartók’s formal structure and the free use of atonality is in evidence.

The path to serial principles was opened for Verbesselt through Mátyás Seiber. In the late 1950s, Verbesselt took part in the “Gaudeamus Days” for composers in Bilthoven, where together with Willem Kersters he acquainted himself with Seiber’s dodecaphonic techniques. Verbesselt’s Sinfonietta was analysed during this event, instantly placing this composition in the public eye. It would, however, be some time before his success abroad was equalled in Belgium. As noted above, Verbesselt always composed with the audience in mind, and thus wrote dodecaphonic works based on quasi “tonal” sounding series. Thus in his tone rows he did not seek out contrasts but rather harmonic and melodic recognisability. In so doing he sometimes strayed from the theoretical norms. The composer’s “favourite series”, for example, consists of 13 tones (g – b-flat – d/c-sharp – a – e/f – g-sharp – b/c – d-sharp – f-sharp/f), in which some successive notes show a clear harmonic and tonal affinity with one another.

A move towards Verbesselt’s second period can be seen in the 2-movement quintet Hexatone-Synthese (1964) for flute, oboe, clarinet, cello and harp. Hexatone is, as the title suggests, based on a series of 6 notes, using mainly the intervals of the perfect, diminished and augmented fourth. The series is presented in the harp part, but is quickly taken over melodically and harmonically by the winds. As the name suggests, Synthese, the second movement of the work, is an attempt to arrive at a synthesis and reprises the material of the first movement in a shortened form. In 1967, Verbesselt wrote his “first dodecaphonic work”, Triptiek for orchestra. In this work, Verbesselt succeeds in creating a mysterious atmosphere by combining different, often unexpected timbres with one another and setting up an interplay of sound-groups. In 1975, the orchestral work Universum followed, like Hexatone-Synthese, a work commissioned by the Belgian radio (B.R.T.). In this work, Verbesselt combined his contemporary dodecaphonic style with the Lisztian form of the symphonic poem. This work, to be played straight through without stops, consists of diverse movements with such titles as Chaos en schepping (Chaos and creation), De aarde (The earth), Ruimte- of tijdsreis (Voyage through space or time) and De andere planet (The other planet). Ares en Irene (1987) is another illustration of Verbesselt’s gift for creating an atmosphere. In this composition, he makes use of a choir vocalising on unconnected vowels and sounds. In addition, a 4-voice Bach choral is worked into the piece, as in Berg’s famous second violin concerto. Such a procedure was not new: Verbesselt had previously used older (Baroque) music as a source of inspiration in Manipulaties around a theme by Heinrich Schütz for 4 horns, 4 trumpets, 4 trombones, bass tuba and percussion (1972).

Despite his desire to arrive at a modern formal and tonal language, and his experimental orientation, Verbesselt shows a great affinity with compositional principles and models from earlier periods. Or, in Verbesselt’s own words: “In my music it’s all about conceiving various major lines that, by following a certain procedure, create a constantly moving totality of lines. In short, a contrapuntal composition, without losing sight of the harmony.” 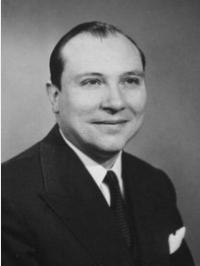