Godfried-Willem Raes (Ghent, 3 January 1952) studied musicology (with Jan Broeckx) and philosophy (with Leo Apostel) at the Rijksuniversiteit Gent, and piano, clarinet, percussion and composition (with Louis de Meester and Norbert Rosseau) at the Royal Conservatory in Ghent. After leaving the conservatory in 1968, he set up the Logos-group, which quickly developed into one of the most prominent and durable factors in the Flemish experimental music scene. After taking part in the Darmstädter Ferienkurse für Neue Musik over a number of years, receiving lessons from, among others, Karlheinz Stockhausen and György Ligeti he returned to the conservatory in Ghent in 1982 as a teacher of avant-garde chamber music and was subsequently appointed full-time teacher of experimental composition. In 1993, Raes earned a doctorate in musicology with a dissertation on the “Invisible Instrument” and since 1997 he has been connected with the Orpheus Hoger Instituut voor Muziek. Besides his work as a composer and pedagogue, Raes is active as a concert organiser (with the Stichting Logos in Ghent) and as a performer of his own work and that of others, partly in collaboration with his wife Moniek Darge, the two artists together forming the Logos Duo.

With his revolt against the then stodgy Ghent conservatory and the subsequent founding of Logos, Godfried-Willem Raes was among the initiators of experimental music in Flanders. Like similar groups in other countries (such as the Fluxus movement or John Cage in the United States or Cornelius Cardew’s Scratch Orchestra in Britain), he toiled (and continues to toil) for a broadening of horizons on four fronts: a broadening of the notion of music, by abolishing the boundaries between art and life and between different art forms; a broadening of the notion of work; a broadening of the means of production, by using existing instruments in new ways or by building new instruments oneself; and a broadening of the role of the audience, which is invited to participate. In this, completely in keeping with his counterparts in other lands, Marxist conceptions have formed a continuous source of inspiration: almost all aspects of his oeuvre can be seen in terms of the ideal of a non-authoritarian form of music production and consumption, leading to the end of alienation.

As part of this struggle, Raes has strongly opposed traditional concert culture, which is characterised by a fundamental lack of freedom for the listener, who is faced with limited choices offered by the performer and is in fact always dependent on this performer: the individual is hindered from any self-expression and must conform to the performer’s expression. It is clear that repression and alienation go hand in hand here. Raes sees alternatives in a principled choice for small-scale concerts, where contact and interaction between audience and performers holds the central place; the concerts organised by the Stichting Logos have been paradigmatic examples of this approach. On the other hand, Raes also sees alternatives in the audience’s active participation in the performance (for example, the version of the Pneumaphone Project in which the pneumaphones were manned by members of the audience) and the stimulation of amateur music-making.

In Raes’ opinion, not only music consumption (the listener – music relationship), but also music production (the musician – music relationship) suffers in terms of quality on account of alienation and repression. The traditional musician plays only a small role in the musical production process and is moreover hindered in his or her expression by the fact of being dependent on the possibilities of an instrument that is essentially foreign, a prosthesis to his or her body. For this reason, Raes sees himself not as a composer, but as a “music-maker in the broadest sense of the word”. He abandons the alienating division of labour by performing compositions himself and by building some of the instruments himself. Examples of this are the more than twenty pneumaphones (wind pipes connected to an air-bladder, whereby the stream of air can be regulated at will) used in his Pneumaphone project, the automated versions of acoustic instruments (the player piano, the Autosax, the Piperola and the Vox humanola) and the many sound sculptures, such as the Wolkenrider (Cloudrider), the Toetkuip (the Toot-tub), and the Bellenorgel (the bell organ).

An extraordinary Raes invention is the so-called “Invisible Instrument”. In order to produce the most direct expression possible, the performer’s movements are captured – with the aid of radar and sonar technology – and passed on to a computer. The computer then analyses the movements and translates their “parameters” (absolute quantities of movement, velocity, deceleration…) into sound. In Holosound (1983) and A Book of Moves (1992), the first steps in this work-in-progress that has occupied Raes since 1972, the acoustic result was also partly determined by previously existing sound material that was fed into the computer. In Songbook (1995), the vocal sounds produced by the performer were captured and modified in real time in the same way as his movements. The same tendency to abandon the division of labour is the most striking characteristic of Dynamo (1998). In this composition for electric guitar the soloist must generate the energy needed to power the guitar by pedalling an exercise bike during the performance.

The importance that Raes attaches to the most direct, unalienated expression of the performer is for him in no way a contradiction of his predilection for technique and technology. He sees the use of computers rather as a manner of counteracting alienation: since performer-composers themselves can write computer programs required for the performance of a work, the computer is the only instrument on which they are no longer dependent, but which, on the contrary, they can completely control. Raes thus predicts the end of traditional instruments, since “musicianship” will be transferred to a higher level of control over the material: the programming of the computer. In this context, Raes’ algorithmic compositions should here be mentioned. For the compositions of A Book of Fugues (1991-92) and A Second Book of Fugues (1992-94), he designed a computer program that served specifically to write four-voice fugues. The operation of the program can be summarised as follows: the composer enters a theme, which is then subjected to a “dux-analysis” by the computer. On the basis of this, a number of possible comes themes are generated. The composer can then accept or reject any of these, whereby the computer registers the composer’s preferences in order to take these into account in the generation of subsequent comes themes. On the basis of the chosen dux and comes the computer suggests a possible form. Once the composer approves, the computer then composes the fugue. By means of two extra modules of the program, the computer can also play the fugue and print it out. Using such programs, Raes wrote A Book of Chorals and Studies in Harmony. 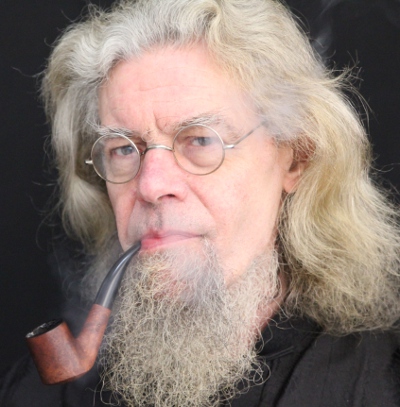