Franciscus Florentinus Peeters was born on 4 July 1903 in Tielen, the youngest in a family of eleven. The composer grew up in musical surroundings and became intrigued early on with the artistic milieu. During his secondary school years in Herentals and Turnhout he studied piano, organ (with H. Quinen and Jozef Brandt) and violin. At sixteen, Peeters began his studies at the Lemmens Institute in Mechelen, where he took lessons from Lodewijk Mortelmans (composition), Jules van Nuffel (Gregorian chant and analysis) and Oscar Depuydt (organ and liturgical improvisation). Peeters received his final diploma in 1921, becoming second organist at Cathedral of St Rumoldus in Mechelen in that same year. Two years later he became an organ teacher at the Lemmens Institute and chief organist at the cathedral in Mechelen. He also taught organ in Ghent, Tilburg and the Royal Conservatory in Antwerp, where he served as director from 1952 to 1968. Peeters gave annual masterclasses in the United States, as well as in Mechelen starting in 1968. As an organist he enjoyed great renown both in Europe and abroad, giving concerts all over the world. Besides his own compositions, his repertoire included works by Bach, Widor and especially Franck. Peeters also enjoyed an excellent reputation as a teacher. He was the initiator of music pedagogy as a course at Belgian conservatories. The many recognitions of his achievements, received over the course of his life, included honorary doctorates from the University of America (1962) and the Katholieke Universiteit Leuven (1971). In 1971, Peeters was made a baron, and four years later he also became an honorary citizen of Turnhout. He died in Antwerp on 4 July 1986.

Flor Peeters is often seen as a fairly conservative composer. Rather than going down the same road as his contemporaries, he chose to write new music using a familiar language and adopting classical forms. Besides chamber music, piano works and songs, the composer’s style is most clearly evident in his organ compositions. His great models were the organists and composers Marcel Dupré, Charles Tournemire (especially his use of improvisation-like techniques), and especially César Franck, whose influence can chiefly be seen in the use of canon and thematic development.

Peeters had a predilection for flowing melodic lines, influenced by the tradition of Gregorian chant, Franco-Flemish polyphony and folk music. Characteristic of his longer works is the contrast between rhythmically contrapuntal passages and passages with a more contemplative character. A good example of this is the Vlaamsche Rhapsodie op. 37 (Flemish Rhapsody, 1935), a three-movement composition that the composer himself described as a “fresco of the Flemish character: energetic rhythms, decorative form, powerful substance, colourful registration, strong contours”. The central movement makes use of the song Ik zag Cecilia komen (I saw Cecilia coming), which is developed in a light-footed way.

The composer was, however, more progressive in his experimentation with polyrhythms, polytonality and complex contrapuntal techniques. A typical example of this is the Passacaglia e Fuga op. 42, composed in 1938 and dedicated to Hendrik Andriessen. The theme owes much to the great Passacaglia and Fugue in C minor by Bach, with its 3/4 metre, its minor mode, its length (8 bars) and its characteristic opening (tonic on the upbeat, dominant on the downbeat). The fourteen variations, each with a different character, are similar to the fugue in the way they grow to a powerful fortissimo. After the sixth variation, which is bi-tonally conceived (Peeters combines E minor with G minor), the pedal falls silent, interrupting the build-up towards the climax. In Variations 9 and 10, the theme appears in the soprano (as in variation 7), but here the theme is less clearly discernible, as it is varied and developed in 4/4 time. The eight-bar theme of the traditional fugue that follows is clearly derived from the passacaglia. In the fugue, too, there are several bi-tonal passages; for example, the theme appears in stretto in F-sharp minor and A minor. The work ends with a majestic E major cadence.

Among Peeters’ best-known organ works with pedal are the Aria op. 51, a simple cantabile written in 1945 with a lyrical melody supported by repeated chords in the mixolydian mode, and the Vier stukken (Four pieces) op. 59 and op. 71.

In the 1950s, Peeters’ style gradually became more introspective and restrained, a tendency that culminated in the organ cycle Zes lyrische stukken (Six lyrical pieces) op. 116. This work, composed in 1966, offers a synthesis of, on the one hand, organ works with a symphonic character, and on the other, organ compositions that exude a Neo-Classical mood. The composition can be called Neo-Classical since the composer makes use of linear counterpoint and a clear form, while it is symphonic through its use of registration. Although the five first pieces are polytonally conceived, the whole collection has a lyrical and elegant sound.

Peeters also wrote a remarkable number of chorale preludes, numbering 322 in total. These compositions are intended to be performed during liturgical services, if necessary by a non-professional organist, although this did not prevent the composer from applying all his creativity. Most of the preludes have the chorale melody in the upper voice (sometimes in a varied form) or in the pedal. Some of them are in the form of a partita, while in others the melody is presented as a quasi interpolation within the work. Over the course of his complete career, the composer wrote a whole series of works for organ manualiter, such as his Vijfendertig miniaturen (Thirty-five miniatures) op. 55 of 1945. These works, too, are generally simpler and shorter than his compositions for large organ, and they are more didactical in nature. In particular, the player is initiated into the art of registration through Peeters’ clear indication of all his registrations (as in all his works).

Besides organ compositions, Peeters also wrote a number of masses, such as the Missa in honorem Sanctae Lutgardis op. 15 and the Missa in honorem Reginae Pacis op. 30. These works follow the line of Cecilianism with their lower technical threshold, their clarity and their accessible style. At the same time, these works are harmonically rich. In the Missa in honorem Reginae Pacis, Peeters plays with the ambiguity between major and minor. In the Credo of this mass, the original Gregorian melody is taken over more or less whole, and is provided with an organ accompaniment (Peeters was known for his accompaniments of Gregorian chant, and wrote a pedagogical work on the subject). The themes and harmonisation shared between the Kyrie and the Agnus Dei give the mass a cyclical character.

His pedagogical works include the Tien pedaalstudies voor orgel (Ten pedal studies for organ) op. 11 of 1931, and the three collections entitled Ars Organi, written at the beginning of the 1950s and made up of short exercises and organ works by Peeters himself and by masters from the history of organ literature. The composer also prepared a number of editions, such as the three-volume Oudnederlandsche meesters voor het orgel (Old-Netherlandish masters for the organ, 1938-1946) and together with Maarten Albert Vente he wrote De orgelkunst in de Nederlanden (The art of the organ in the Low Countires), a book which included a historical overview of the composers, organ practices and builders in the Low Countries from the sixteenth to the eighteenth centuries, as well as a explanation of an organ’s workings and its various pipes. 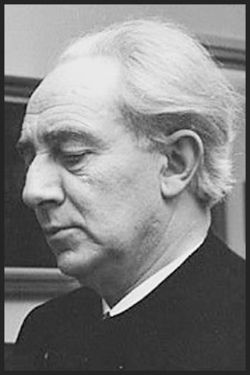