Vic Nees was born in Mechelen on 8 March 1936, the son of carillon composer Staf Nees. After a year of study in arts at the Katholieke Universiteit Leuven, he enrolled at the conservatory in Antwerp, where he earned first prizes in harmony, counterpoint, fugue and composition, studying with Marcel Andries and Flor Peeters, among others. In 1964 he was a laureate of the Meisterkurs für Chorleitung given by Kurt Thomas at the Hochschule für Musik in Hamburg. From 1961, Nees worked for the BRT (Belgian Radio and Television), first as a choral music producer and from 1970 as conductor of the radio choir. From 1961 to 1969 he led the Vokaal Ensemble Philippus de Monte in Mechelen and the Ter Kamerenkoor in Brussels. Nees has received numerous awards for his compositions: in 1973 he won the Eugène Baie Prize for his complete output of choral music, in 1990 the AGEC Prize (awarded by the Arbeitsgemeinschaft Europäischer Chorverbände) for Regina Coeli-Blue be it (1988) and in 1995 the Vondel Prize (from the Alfred Toepfer Stiftung in Hamburg). He is regularly asked to serve as a jury member for choral festivals (Arezzo, Cork, Tours, Neerpelt…) and through his courses in choral conducting, his contributions to periodicals and radio programmes and his editions of both contemporary and historical choral music, he has achieved an important position in the movement for innovative choral music.

As early as his first compositions, Vic Nees made a break with the Flemish Romantic tradition, following instead the German choral movement (led by Kurt Thomas), which was chiefly interested in literary-religious texts and sacred music in general. There are clear similarities with the style of Hugo Distler and Paul Hindemith, for example in the Sonatine for piano (1968). An integral part of the aesthetics of this choral movement is a reliance on the authenticity of the Renaissance and the Early-Baroque periods. Nees, too, has drawn inspiration from these periods, with Schütz as his greatest example. In particular, he has incorporated the art of vocal polyphony into his compositions. Vic Nees has chiefly composed on commission, often providing the obligatory work for a competition. The choice of the text and the textual underlay is crucial for this composer. Most of the texts for his works are in Dutch, as Nees professes a sense of responsibility towards his own culture. In terms of the content of the texts, a gradual evolution can be detected. In his early works, he tended to stress the abstract-theological aspect, with a particular interest in the psalms (e.g., Mijn Herder is de Heer, Ps. 23 (1958) and Looft den Heer in zijn Heiligdom, Ps. 133 (1963)). Between 1967 and 1972 his texts contained mainly a socially-engaged message, as, for instance, in the Christmas cantata Rachel (1971) in which the Slaughter of the Innocents is placed in a modern context. Working on commission for the Flanders Festival, he composed Mattheus en de rijkdom (Matthew and the Riches) (1971), in which he expresses criticism for a culture of possession. From 1972, he moved away from social engagement, again choosing sacred texts (e.g. Veni sancte Spiritus (1982); Ego Flos (1995)).

Vic Nees attaches much importance to the intelligibility of the text. The text determines the tempo, the melody, the rhythm and the harmony (which tends to the tonal). The melodies sometimes exhibit a lyrical beauty, but they are always closely allied with the text, not admitting any further embellishment. This often results in spoken choruses and recited passages. By the same token, the music must be able to illustrate the text by means of musical imagery. Nees makes use of various techniques in order to increase the expression of the content, such as repetitive elements (Lesbia (1978)), clusters (Rachel (1970)) and complex rhythms (such as the extreme syncopation in Psalm 150 (1963)).

At the end of the 1960s, (from the composition of the Christmas cantata Rachel), Nees experimented for the first time with avant-garde choral techniques. Composers such as Penderecki and Cerha had already used the voice in unconventional ways, asking singers to laugh, whistle, sing with closed mouth and perform fragments in Sprechgesang. Nees made only limited use of such techniques, however, always giving priority to the intelligibility of the text. There subsequently followed a number of works in which the accent once again is on an intimate power of expression, as, for example, in Aurora Lucis, a cantata for children’s choir, youth choir and strings, written for the Year of the Child.

In his Magnificat for soprano solo and mixed choir a capella (1981), Nees now aimed for a “new simplicity”, with the rediscovery of diatonicism and a modest use of repetitive means. The work was dedicated to Kamiel Cooremans, for his twentieth anniversary as a conductor. The whole work consists of nine movements in which the first three (A-B-C) and the last three (C-B-A) correspond to one another in terms of musical material. Through the use of various composition techniques and styles, Nees gives each of these nine movements its own subjective power of expression. The composer also integrates non-classical elements into his music. In Bonum est confitere Domino for tenor, harp, percussion and choir, the instrumental introduction is reminiscent of Celtic harp music. He uses elements of world music, such as the adaptation of the talking drum and references to Flamenco music. In Vigilia de Pentecostes (a large-scale choral work with soloists, organ and horn, commissioned by a conference on contemporary religious music held in Montserrat in 1972) he imitates the Jewish shofar.

Regina Coeli-Blue be it (1988), a composition for five-voice choir, soprano solo and celeste, was commissioned by the choir, Musica Nova, from Boom, and was awarded the AGEC Prize in 1990. The title reveals the use of two languages, as the choir sings a Latin Marian motet while the soprano interjects fragments from a 19th-century English poem, The Blessed Virgin Compared to the Air We Breathe, by Hopkins. This confrontation between two contrasting sources of text and music is also found in Nuestra Señora de la solidad (1991), in which the Stabat Mater and the Sub tuum praesidium are combined. The oratorio, Anima Christi (1990), was composed for the Lauds of St Ignatius Loyola, commemorating the 500th anniversary of the saint’s birth. The work, for vocal soloists, choir, 4 clarinets, double bass, piano, vibraphone, harpsichord and percussion, was composed on a text by E.H. Boone. Boone (who also provided the text for the Christmas cantata, Rachel) based his writing on Biblical texts, prayers and the words of Ignatius Loyola. Immediately in the prelude (with the title Vanitas mundi) we are confronted with the symbolism that is so characteristic of Vic Nees: the instruments here represent the worldly aspect, while the human voice, in contrast, stands closer to the divine. 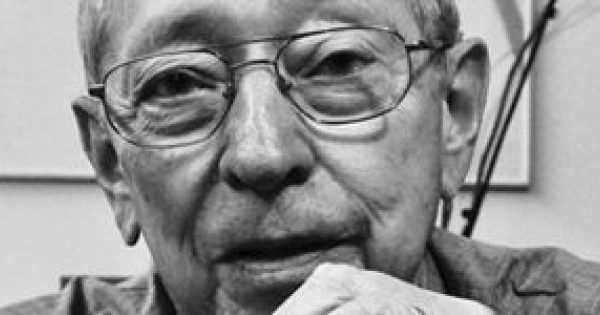