André Laporte was born on 12 July 1931 in Oplinter near the city of Tienen in Flemish Brabant. He was self-taught as a musician, quickly mastering the piano, clarinet and organ, while enthusiastically acquainting himself with modern music — as did his contemporary, Karel Goeyvaerts – through the radio programs of Paul Collaer, Louis De Meester, Vic Legley and David Van de Woestijne.

After completing secondary school he entered the Interdiocesan Higher Institute for Church Music (known as the Lemmens Institute) in Mechelen, where he studied under Edgard de Laet, Flor Peeters (organ) and Marinus De Jong (piano, counterpoint, fugue). Between 1953 and 1957 he was also a student at the Catholic University of Leuven, where he studied modern philosophy and musicology. He completed his studies in musicology with a comparative study of Ludus Tonalis and the Unterweisung im Tonsatz by Paul Hindemith. In 1953 he became a teacher of musical education and aesthetics at the Secondary Normal School of the St Thomas Institute (Middelbare Normaalschool van het Sint-Thomasinstituut) in Brussels. In this same period he composed his first works, folksong arrangements along the lines of Hindemith and Bartok, as well as a piano sonata and works for organ.

Laporte became acquainted with the music of Schönberg, Stravinsky and Messiaen and was from 1960 to 1964 an annual participant at the Internationale Ferienkurse in Darmstadt, as well as the Kurse für Neue Musik in Cologne in 1964 and 1965. These courses gave him the opportunity to meet leading figures in the New Music movement (including Boulez, Maderna, Berio, Ligeti, Stockhausen, Kagel and Gielen). Like so many Belgian composers, he worked at the Belgian Radio (BRT, now VRT), first as a producer, later as a program coordinator, a production leader of the BRT Philharmonic Orchestra (1989) and ultimately as director of Artistic Ensembles (1993-1996), functions in which he was surrounded by such figures as D. Van de Woestijne, V. Legley, K. Goeyvaerts, L. De Meester, B. Buckinx, W. Westerlinck and L. Brewaeys. This position also gave him the chance to broadcast programs on “highlights of contemporary music” and “young Belgian performers”. Together with individuals from the Institute for Psycho-Acoustic and Electronic Music (IPEM), which had recently been set up by the BRT, he founded the SPECTRA work-group, which existed from 1963 to 1967.

Laporte also won his spurs in music education. As early as 1968 he taught the New Techniques course at the Royal Conservatory in Brussels; this teaching position took on more solid form with his appointment as a teacher of music analysis, theory of musical form, harmony and counterpoint-fugue. In 1988 he became a teacher of composition, a position to which was added an appointment as teacher of composition at the Queen Elisabeth Music School (Muziekkapel Koningin Elisabeth) in Waterloo. Among his students may be mentioned Luc Brewaeys, Daniël Capelletti and Peter Swinnen.

In 1972, together with Herman Sabbe, he set up a new Belgian branch of the International Society for Contemporary Music (ISCM), of which he has remained the chairperson to this day.

André Laporte became a member of the Belgian Royal Academy for Sciences, Arts and Fine Art (1991), a member of the Flemish Music Board (Muziekraad voor Vlaanderen) and assistant chairperson of the Association of Belgian Composers (Unie van Belgische Componisten). He has won numerous prizes. Besides the Lemmens-Tinel prize, he won the Prix Italia in 1976 for his oratorio La vita non è sogno. The premiere of this work at the Flanders Festival in 1972 in Ghent attracted the attention of festival assistant Gerard Mortier, who as intendant at La Monnaie in Brussels would subsequently invite him to write an opera. His work has been performed both in Belgium and abroad; in particular, his Kafka opera, Das Schloss, was premiered at La Monnaie in 1986 and received its German premiere in the Saarländisches Staatstheater in Saarbrücken in 1991.

André Laporte’s earliest works (folksong arrangements, the piano sonata…) may be considered functional music and products of youth, and are Neo-Classical in style. Starting from the beginning of the 1960s, Laporte fell under the influence of the New Music, as an evolution took place in his works, noticeable from Sequenza I to the multi-layered La vita non è sogno. In terms of style, he originally sought a balance between intellectual and technical knowledge and intuition. As a result, he gradually achieved an identifiable expressive-narrative music style, by means of which he was able to express in musical symbolism the universal aspects of human existence (such as growth, mystery, climax, catharsis, ecstasy and catastrophe). His music thus always involves a story of human events, often with tragic proportions. The first steps in this direction can be seen in early works such as Jubilus, Ascension, De Profundis and Icarus’ Flight and carries on into Das Schloss. In each case the story line grows slowly to a (brief) climax, at which point the whole is dismantled and followed by a short, subsiding — even disintegrating — conclusion. In Icarus’ Flight, the piano takes the initiative, supported by twelve instruments. The piano part gradually frees itself from the others, leading to a hectic climax, after which it comes crashing down in a way reminiscent of Wozzeck’s Wir arme Leut.

For his sonorous resources Laporte falls back on the traditional instrumentation, while at the same time making use of contemporary playing techniques and effects (for example, double tones for the wind instruments or percussive effects for the strings). Now and then he complements this with electro-acoustic sources (as in, for example, Harry’s Wonderland for bass clarinet and two tapes, or the realistic war scenes from La vita non è sogno). His use of the human voice is also highly varied (ranging from lyrical singing to metrical speaking, shouting, glissandi, spoken chorus, Sprechgesang and Sprechstimme); this variation is always applied in the service of the (explicit or implicit) programme.

A clear evolution is also noticeable in the manner in which Laporte organises the texture of the voices. As time went on, he focused less and less on individual harmonies as his interest shifted to the general timbre and the expressive quality of successive sound fields (e.g., Transit and Icarus’ Flight). In order to give shape to such a sound field, he makes choices from a broad spectrum of possibilities, from classical major triads to series of clusters.

He achieves expression in his work partly through the intense relation of text and music. It should immediately be added that the text is not always literally present in his works. Laporte draws on a considerable personal arsenal of tone symbolism, text expression, tonal painting and stylistic diversity. This is clear from such elements as the markings (largo misterioso, adagio like a lullaby, espressivo…), the use of leitmotifs, the application of different composition techniques (including counterpoint, classicism, dodecaphony, serialism, punctual music, static music and bruitisme), all of which is always put at the service of the psychological deepening of the story. It is even possible to speak of a stile affetuoso. Sabbe called him a “mimeticus” (because of the convergence of physical and psychic realities).

Laporte is equally an “eclecticus”, partly through the application and development of many quotations, often from Berg and Wagner (Das Schloss), as well as Mozart (Nachtmuziek) and many others. For Laporte himself, composing is nothing more than expressing the modern Zeitgeist with modern means of musical technique; or again, the art of bene modulandi, the careful ordering and working out of sound. Because of his aesthetic concerns, far-reaching avant-garde experiments are of little interest to him, and he has given a wide berth to total serialism (“technical academism for insiders”).

Several concrete examples can serve to elucidate his style. In Nachtmuziek, he sets out from an ambiguous conception of the notion of “night”: night as a cosmic event and night as he experiences it subjectively. To this he attaches two contrasting styles. The cosmic view is reflected atonally with a continuous stream of gradually evolving fields of sound in the strings, sometimes unexpectedly interrupted by flashes from the brass and the percussion. The human experience of night is characterised by echoes from Mozart’s Eine kleine Nachtmusik. These two conceptions appear first of all in conflict with one another (sharp contrast), then seem to arrive at a certain degree of interaction, but finally end the work after a furious climax representing the chaos and timelessness of the cosmos.

La vita non è sogno consists of a collection of poems by Salvatore Quasimodo dealing with solitude, war and melancholy in combination with a text by Marinetti (Bombardimento di Andrianapoli). The whole is marked by a storyline that sets out from conflict, passing through catastrophe to catharsis. The music adds an extra dimension to the texts through the orchestration and the sound imagery (the rhythm of marching boots, the stamping of horses’ hooves…), in combination with the expressive application of the human voice (the reciter underlines the poetic content of the texts, the solos are very lyrical and the choir — an 8- to 32-voice spoken chorus delivering a text on the bombing — shapes the dramatic content).

Transit is a compilation of transitions, both on the level of sound material (high, low, bowed, plucked, flageolet, percussive), formal development (ever-changing combinations of layers of sound with other rhythmic patterns) and historical contexts (tonal, atonal, noise, sound, silence) with as unifying element a process of building up and breaking down within every field, resulting in a general silence by the time the end of the score has been reached.

Laporte’s opera, Das Schloss, deals with the composer’s central life theme. The opera places an individual in a world inimical to him: K., the revolutionary protagonist, is confronted with the conservative world of the Castle. The Castle can only be reached through a labyrinth (bureaucracy) in which K. ultimately falls into an unending sleep. Laporte wrote this opera for 15 soloists and an extended orchestra. The characters are supported musically by Leitmotifs that evolve with the characters and the dramatic content. There are numerous echoes of other composers, but also of his own work. Some of the quotations are literal (especially those from Wagner: Valhalla – Castle, K.’s quest — the quest for the grail, K. — Parsifal), more often they are concealed references (to Berg in particular). At the end, when K. falls asleep, Laporte employs a fragment from Transit, suggesting the transition from sound to silence. In the same way, De ekster op de galg (The magpie on the gallows) and Testamento de Otoño end up in silence, at the point where language and even music cannot suffice to express the contradictions of life.

Fantasia-Rondino con tema reale for violin and orchestra is an example of a less heavily charged work. The fantasia begins in the style of the Berceuse by Debussy (Adagio like a lullaby), after a call on the horns and trumpets. Later we hear the “Tema B” in the violin and the clarinet. The “Tema reale” is based on the names of three Belgian royal couples (Albert I-Elisabeth, Leopold-Astrid, Fabiola-Boudewijn), with an echo of the Belgian national anthem on the oboe, piccolo and military drum. The Rondino has a quicker tempo and is more virtuoso and technically demanding than the free and rhapsodic fantasy and ends, as so frequently in Laporte’s work, with a climax. 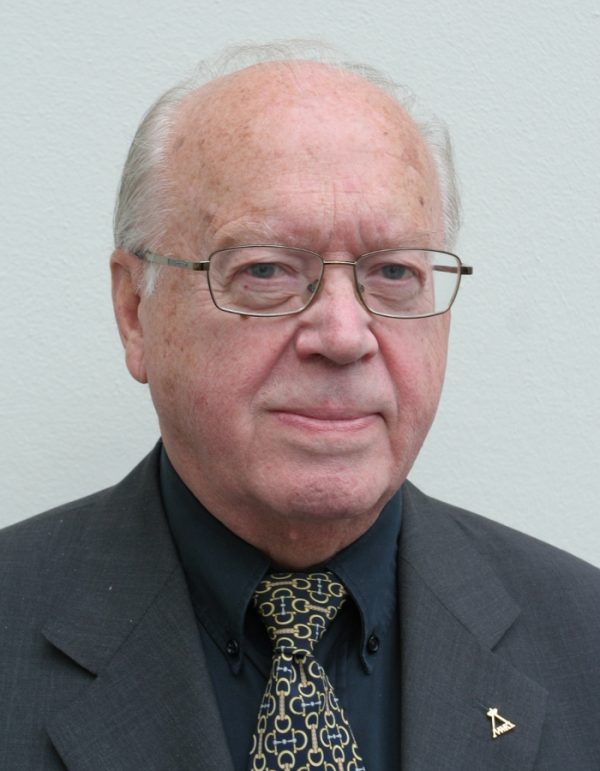