Willem Kersters was born in Antwerp on 9 February 1929. From 1945 he studied at the Royal Conservatory in the same city, where he earned first prizes in solfège, harmony and piano. He then furthered his studies at the Royal Conservatory in Brussels under Jean Louël (counterpoint), Jean Absil and Marcel Quinet (fugue), Marcel Poot (composition) and René Defossez (orchestral conducting). After receiving his diploma in music education, he worked for several years at secondary schools in Tienen, Leuven and Aarschot. From 1961 to 1968 he was a music programmer at the regional broadcast in Limburg of the BRT (Belgian Radio and Television). From 1962 he also held functions at the Royal Conservatory in Antwerp, first as a teacher of harmony, and later as the head composition teacher. In addition, he became the head of the theory department at the Maastricht Conservatory in 1967. Among his pupils may be cited Alain Craens, Koen Dejonghe, Jan De Maeyer, Luc Van Hove, Wim Henderickx and Marc Verhaegen. In 1989 he stopped teaching at these two conservatories. He died on 29 December 1998 in his native city.

As a composer, Kersters received numerous awards both in Belgium and abroad, including the Second Count de Launoit Grand Prize in the International Queen Elisabeth Composition Competition in 1961 for the ballet Triomf van de Geest (Triumph of the Spirit (1959), the City of Trieste Prize in 1963 for his Second Symphony (1963), and an award for his Second String Quartet (1964) in the International Composition Competition for String Quartets in Liège in 1965. In 1968 and 1972, he won two awards for his complete output, the Eugène Baie Prize from the Province of Antwerp and the SABAM Prize (from the Belgian asscociation for authors’ rights). Kersters composed the obligatory piano concerto for the 1978 edition of the Queen Elisabeth Competition. At the end of 1990, he was elected a member of the Royal Academy for Sciences, Letters and Fine Arts of Belgium.

As a composer, Kersters never attached himself for long to a particular system. His career can be divided into various phases on the basis of harmonic and structural form. The period before 1960 may be characterised as very intuitive in terms of harmony, while the structure was determined by fixed, classical forms such as the sonata and the rondo. Examples from this period include his Concertino for oboe and strings (1953), Six Songs (1953-55), Sonata for viola and piano (1954), Sinfonietta for chamber orchestra (1955-56), Partita for viola and piano (1956) and the ballet Parwati (1956). Late-Romantic and Expressionist characteristics are here blended in a natural way. Influences from Bartók can be heard in, among other works, his Divertimento per archi (1958), with a clear reference to the composer already evident in the title.

At the end of the 1950s, Kersters developed a new compositional technique based on the principle of the tritone relationship. This creates something of a bi-tonal system, where two tonalities at the distance of a tritone become completely united in an autonomous new tonality. This harmonic innovation had already grown intuitively over the preceding decades.
The harmonic basis of these works can be traced back to the same chord, in which the seventh and the eleventh overtones form the essential components (for example, on a fundamental of c, the notes b-flat and f-sharp). The ballet Triomf van de Geest (1959) was the first work to be composed according to this principle. Other works in this technique are Six Two-Part Inventions (1959), Two Preludes for Organ (1961) and Psalmen (1962).

Quickly working through the possibilities of this system, Kersters soon went in search of new methods of composition. In the 1960s, after a thorough study of the dodecaphonic system, he switched to a serial style, incorporating his theory of tritone relationships. His First and Second Symphonies (1963 and 1964), the Plechtige Ouverture (Solemn Overture) (1963) and Concertmuziek (1964) were the results of this new approach. The four-movement First Symphony is based on four series (one per movement). The Adagio can be seen as a broadly spun-out slow introduction; the two main themes of the Allegro molto are clearly identifiable and a climax is reached on the name BACH; the Adagio is, in terms of form, inspired by an ornamented chorale; the Finale is based on a simple rondo form.

In the second half of the 1960s, Kersters developed the “tonality of the twelve-tone scale”, meaning that the tonal and the atonal principle were interwoven. The first application of this system was the Third Symphony (1967). Anything usable, both from the past and from contemporary musical language, was organically integrated into this new idiom. In a work such as Three Preludes (1971) there is hardly a trace left of traditional thematic development. The percussion is given an ever more important role, functioning as a colour element, in such works as Capriccio (1972), or it is used as an independent instrumental group, as in Anaglyphos (1969), with its surprising and absorbing sound combinations.

With the move from instrumental to vocal music, Kersters also began to take distance from the dodcaphonic style, which he considered unsuitable for choral works and solo vocal parts. This led him, around 1975, back to his original point of departure, an intuitive style, which was now further exploited on the level of form, so that the structure took shape during the process of composing itself. This phase saw the composition of the large-scale vocal works, such as the Gezellesymfonie (Fourth Symphony) (1979) with alto solo on three evening poems by G. Gezelle, Baas Gansendonk (1981), an opera in three acts after H. Conscience’s work of the same name, and Het Zonnelied (The Song of the Sun) (1986), after St Francis. For his vocal works, he turned to Dutch, French, English, Catalan and early Italian texts. The melody closely follows the word accents, leading, for instance, to frequent metrical changes in order to place a particular syllable on the first beat of the bar. He showed a preference for texts by Paul Van Ostaijen, as, for example, in the large-scale chamber oratorio, De Feesten van Angst en Pijn (The Feasts of Fear and Pain) (1996).

Kersters’ extensive oeuvre numbers more than 120 works; and yet, especially toward the end of the 1970s, his compositional activity slowed considerably, a fact that can be attributed to a more critical approach, which led to a lessening of spontaneity. 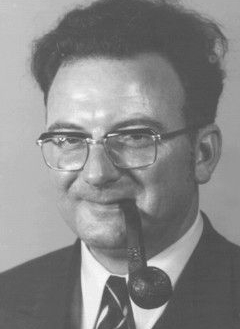