Karel Goeyvaerts was born on 8 June 1923 in Antwerp, and died there on 3 February 1993. From 1943 to 1947 he studied piano, harmony, counterpoint, fugue, composition and music history at the Royal Flemish Music Conservatory in Antwerp, and went on to study at the National Conservatory in Paris, where he pursued studies in composition under Darius Milhaud and analysis with Olivier Messiaen, and where he mastered the “Ondes Martenot” with the inventor of this instrument, Maurice Martenot. It was particularly Messiaen who left a great impression on the young Goeyvaerts. The Sonata for 2 Pianos, written in 1950-51, can, for instance, be seen as a synthesis of certain of Messiaen’s ideas with Webern’s application of dodecaphony, of which Goeyvaerts made detailed analyses. This sonata was to have a major influence on the young generation of avant-gardists in general and Karlheinz Stockhausen in particular. Witness to this are the many personal and musical links between the two men, the extensive correspondence, and compositions by Stockhausen which almost literally took over the basic concept of this sonata (for instance, Kreuzspiel). In 1953, Goeyvaert and Stockhausen, together with several other composers, realised the first music produced by means of electronic generators (in the studios of the WDR in Cologne). In 1957 he temporarily withdrew from the musical world, although he continued to compose. In 1970, he was appointed by the Belgian Radio and Television (BRT) as producer at the Institute for Psycho-Acoustic and Electronic Music (IPEM) in Ghent. After several years, he became the head producer for New Music at Belgian Radio 3 (the classical channel) in Brussels. In June 1985 he was chosen Chairperson of the International Composers’ Rostrum a prestigious and active association under the auspices of the UNESCO International Music Council. Goeyvaerts was a member of the Royal Academy for Science, Letters and Fine Arts of Belgium. In 1992, he was named as first holder of the KBC Chair for New Music in the department of Musicology at the Katholieke Universiteit Leuven. This position required him to teach a course for final-year undergraduates and to write a composition. The composition Alba per Alban, which he was writing to fulfil the obligations of this position, remained unfinished at the time of the composer’s sudden death on 3 February 1993.

In the analysis class given by Olivier Messiaen, Goeyvaerts quickly assimilated the achievements made in New Music since 1910. For his own compositional practice, Goeyvaerts saw particular possibilities in Messiaen’s rhythmic innovations and in Anton Webern’s structuralist application of serialism. In this composition technique, the twelve tones of the octave are organised into a series which then forms the structural basis (the “grammar”) of a composition. Webern had perfectly mastered this serial principle to the point that the musical content and the musical form both flowed directly from the original series or tone row. Karel Goeyvaerts would be the first composer in music history to succeed in applying this serial principle not only on the level of pitch but also on the levels of rhythm (note length), sound intensity and articulation. His Second Violin Concerto (completed 12 January 1951) and his Nummer 1. Sonata for 2 Pianos (winter 1950-51) are also clearly transitional works in which the composer aims for absolute structural purity, without however quite achieving his goal.

In the first case, the serial intentions collide with the demands of the genre: writing a serial concerto is an invitation to problems. In the second case, the traditional writing style of movements 1 and 4 contrast sharply with the purity of the middle movement. In contrast to accepted opinion, only Nummer 2 for 13 instruments can truly be considered the first total serial composition in music history.

Goeyvaerts was also one of the first to move in the direction of electronic music, which allowed him to bring even more discipline to both the composition and the “performance” (via magnetic tape). Nummer 4 met dode tonen (with dead tones) (December, 1952) was the occasion of this first: it is the first score intended for purely electronic realisation. The subtitle of Nummer 5 (“met zuivere tonen” — with pure tones) again speaks volumes: the abstract sound structure is characterised by a perfected purity on both technical and aesthetic levels.

From the 1960s, Goeyvaerts no longer played such a key role in the fundamental changes in New Music, but did keep a close eye on these changes. His experimental, aleatory, repetitive and neo-tonal works from the years 1960-93 can thus be understood as attempts to explore the international developments in New Music in terms of its usefulness for personal compositional intentions. Despite the most diverse stylistic and composition-technical manifestations, these works are in fact remarkably homogeneous. A good example in this connection is the Stuk voor piano en tape of 1964. In this work, all manner of relations between a fixed recording on tape and a piano part performed live are systematically explored. The even distribution of these possibilities around a central axis recalls the serial procedures in Goeyvaerts’ works of the 1950s. Repetitive music also fell under Goeyvaerts’ gaze. The five Litanieën which he wrote between 1979 and 1982 using this technique form without a doubt the highpoint of this group of works. Goeyvaerts carried the austerity and reduction of means characteristic of this “minimal music” on to the aesthetic level. In his works written after 1980 he was thus able to reclaim the expressive intention and tonal techniques more associated with the Neo-Romantic style.

In his opus ultimum, the large-scale opera Aquarius (1983-93), all these elements flow together. The vocal scoring numbers eight sopranos and eight baritones which only perform collectively; there is an orchestra, there is a vague apocalyptic-astrological theme (the growth towards a more harmonious societal form), but for the rest there are no characters, no real libretto, no semantically comprehensible text. Only by a roundabout means are we able to arrive at Goeyvaerts’ vision of the staging of Aquarius: in his correpondence with a visual artist it appears that the composer envisaged a non-symbolic and geometric-abstract stage design. This can lead to two conclusions: Goeyvaerts remained an innovative artist to the end of his life, despite the many changes in style and apparently restorative movements he went through; and his bent for abstraction since the strictly serial music of the 1950s never truly let go of him. This is noticeable on a musical level as well. Goeyvaerts’ specific application of neo-tonality, a technique that is in principle in diametrical opposition to serialism, is, for example, unthinkable without the serial purity of the 1950s. The string quartet De Zeven Zegels (The seven seals) (1986), which also forms the basic music for the finale of the opera, is clear evidence for this. There are, it is true, seven tonal centres which are stabilised by means of a major triad, but apart from this, the pitch material is handled distributively. This means that the tones can be used interchangeably in horizontal combination (in succession) and in vertical combination (as chords). This highly serial procedure is far removed from a tonal practice. In addition, the micro- and macro-structure correspond to one another in De Zeven Zegels: the form is unique and issues from the choice and combination of the tonal material. The circular structure, symmetrical construction around a central axis and the numerical symbolism, finally, means that this work too — as pars pro toto — embodies Being of Time, a compositional fetish that had obsessed Goeyvaerts since the early 1950s. Upon closer analysis, it turns out that the successive stylistic shifts are merely superficial transformations, behind which lies a remarkably homogeneous compositional oeuvre. 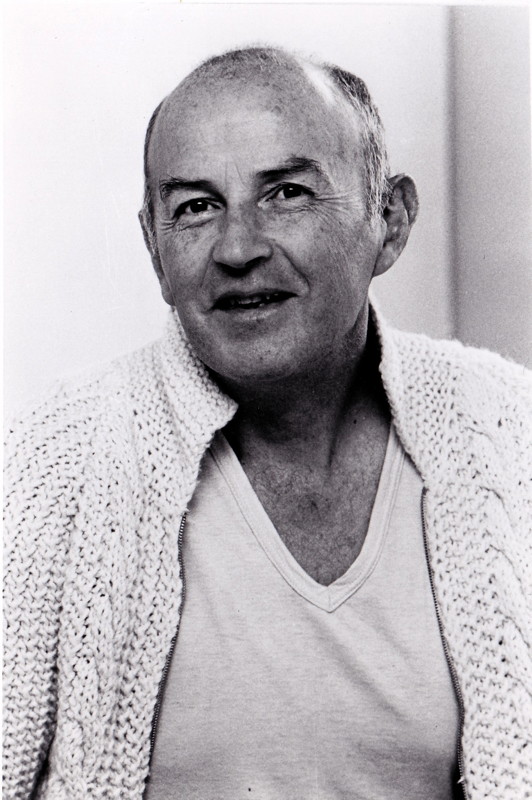