Frans Geysen was born on 29 July 1936 in Oostham (in the province of Limburg). He studied organ and music education at the Lemmens Institute in Leuven until 1960, at which time he furthered his studies in music history with J.L. Broeckx and fugue with J. Mestdagh at the conservatories of Ghent and Antwerp respectively. He taught harmony and advanced music analysis at the Lemmens Institute from 1962 to 1999 and at the Royal Conservatory in Brussels from 1975 to 1997. In 1965, Geysen took part in the Ferienkurse in Darmstadt and participated in various festivals for contemporary music throughout the 1960s and 1970s. Starting in 1972, his essays, analyses, and reviews of scores, recordings and books related to contemporary music appeared in such periodicals as Adem, Restant, Gamma, Mozaïek and Muziekkrant. Between 1973 and 1985, a number of Geysen’s compositions for the carillon school in Mechelen were awarded prizes, including the Jef Denyn Prize in 1973 for Clock-wise.

Geysen’s fruitful relationship with the recorder launched him on an international career in 1975: with the recommendation of the influential recorder player, Frans Brüggen, Geysen’s recorder quartet, Periferisch-Diagonaal-Concentrisch (1972) was published by the renowned music publisher Schott as the fourth work in the Modern Recorder Series. With the video opera Orpheus is in ons (1988), Geysen combined his achievements in the areas of instrumental music and large-scale choral works. This work for narrator, mezzo soprano, bass baritone, bass, mixed choir and an ensemble of ten instruments, was premiered on 13 February 1992 at the Lemmens Institute under the enthusiastic direction of Piet Swerts. In September 1989, Geysen realised his tape composition Voorlopige stadia van een gegeometriseerde tijd (Provisional Stages of a Geometrised Time) at the IPEM in Ghent. A commission by the Royal Philharmonic Orchestra of Flanders resulted in Staalkaarten voor een hoboconcert (Samplings for an Oboe Concerto) (1991), Geysen’s first application of his compositional approach for such a large scoring.

Geysen began his activities as a composer in 1958. His early compositions were mainly choral works in a post-expressionist style. In 1967, independently from the American minimalists, he evolved towards a canonic-repetitive style that differs in several essential ways from minimalism. Geysen’s music consists of tersely formulated processes that develop rapidly; it is not consonant in orientation and does not exude a meditative aura, and thus contrasts with the works of Philip Glass and Steve Reich.

In 1972, he made his mark as a composer with In de Spiegel (In the Mirror) in the February issue of the periodical, Adem. He distanced himself both from the serial and post-serial schools that placed too much emphasis on the external, and from the older generation of Flemish composers, and he called for a music divested of anything superfluous, unimportant or trivial. In a certain sense, Geysen’s music is thus “pure music”, since it has been stripped of any sort of dramatic or psychological discourse. Geysen also places his clinical, pure writing style in historical perspective.

Composers such as Ockeghem, Bach and Beethoven provide precedents for the canonic structures and the repetitive element in Geysen’s music. From Bartók the composer borrowed his historical model for the mirror-symmetrical construction. The contemporary plastic arts are also a source of inspiration. In the 1970s this took the form of the repetitive-minimalist Zero Movement led by Soto, while in 1981 Geysen was struck by the similarities of his work with that of the artist Piet Stockmans. The collaboration and friendship between these two kindred spirits culminated in September 1984 in an exhibition of Stockmans’ porcelain installations and Geysen’s work, De stockmans-installaties, a 20-minute composition premiered by the Dutch recorder quartet, Loeki Stardust. Geysen attempted to create a musical equivalent for the “…fascinating technical perfection coupled with the greatest possible plastic purity and clarity…” which he saw in Stockmans’ work. Geysen’s sober style, in which processes and textures are economically developed, does not aim to distract. The composer attempts to get the audience listening to the inner workings of the music by means of the gradually developing repetitions. The scores, too, contain no superfluous material. Because of this neutral notation, phrasing, articulation and sometimes even tempo and scoring must be determined by the performer. This determining of the composition’s form by the performer must be a rational process, however. A performance is satisfactory when it reveals the internal structure of the music. A dry and mechanical performance is thus out of the question. Frans Geysen’s preference for a clinical sound explains his choice of monochromatic scorings: piano, carillon, organ (without registration), a capella choir, percussion and equal wind instruments, with the recorder as primus inter pares. For his composition for tape, Geysen uses only the essential possibilities of the equipment. Geysen compensates for the monochromatic quality of the timbre by employing an intervallic conception in which colours are generated by working around particular intervals or interval combinations.

Geysen constructs his music out of small modules, each with its own process; this is meant to preclude “listening-fatigue” or boredom. Thus his Staalkaarten voor een hoboconcert (1991) is built up out of “minute-modules” in which the various textures are explored and variety is ensured through alternating references to models from the Renaissance and Classicism. The demands of this commission posed a compositional problem: how could Geysen reconcile the normally extrovert genre of the concerto with his introvert musical language? The composer attempted to make of this oboe concerto a group event in which the soloist is only the intitiator and the orchestra is treated as a group of soloists. Geysen often develops his material through a combination of repetition and evolution, nicely characterised in titles such as Woekering tot aan de grens (Rampant Growth to the Limit) (1992) and Kleine vegetatie (Small Vegetation) (1974). In polyphonic works, phase-shifting is often applied. Through these techniques, the repetition becomes dynamic and unpredictable. A analysis of his scores reveals Geysen’s fascination for canonic structures. In the first episode of Erste Begegnung for tenor recorder and piano (1995), he combines a melody (recorder) with its canonic inversion at the distance of one quarter note (right-hand of piano) and in doubled note-values (left-hand of piano) at a distance of seventeen half notes. The mirror-symmetrical construction of Installaties for recorder quartet is immediately reminiscent of the palindrome-macrostructure of Bartók’s fourth and fifth string quartets. Geysen pushes the mirroring further by basing the middle movement on a model and its retrograde-inversion and by constructing both the inner layers (movements 2 and 4) and the outer layers (movements 1 and 5) in an analogous manner, in full mirror-symmetry: the first movement is for four soprano recorders and the last movement is for four bass recorders. The orchestral work Alles heeft zijn tijd – 1 – (Everything Has Its Time) (29/06/2000) represents perhaps a good summing up of his compositional technique. It is built on a module of five measures that evolve slowly towards greater density. After 60 measures, the process is inverted: the four high string groups and the winds together with the double basses trade material that is further developed in retrograde and in inversion. 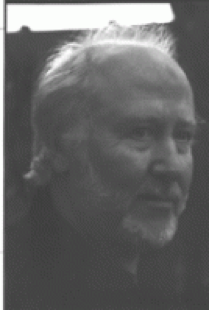