Jan De Maeyer, director of the Municipal Conservatory in Mechelen, was born in 1949 in Bornem. He studied oboe, chamber music and composition (with Willem Kersters) at the Royal Conservatory in Antwerp. At the same time he studied classical philology and ancient history at the Katholieke University Leuven. In 1973 he earned higher diplomas in oboe and chamber music and a first prize in music history. This was followed by first prizes in alto oboe, harmony, counterpoint and composition. De Maeyer received the Pro Civitate Prize, the Alpaerts Prize for solfège and chamber music, the Annie Rutzky Prize, Tenuto, the Ferstenberg Prize for counterpoint and fugue and first prize at the international competition for chamber music in Colmar. As a composer he was awarded the Peter Benoit Prize for his brass quintet La Consolazione, the first prize of the Province of Antwerp (1982), the A. De Vleeschouwer Prize (1983) for Portret van 7 Romeinse Goden (Portrait of 7 Roman Gods) and the Koopal Grant for his Concerto da Camera for chamber orchestra and Het Glorierijke Licht (The Glorious Light) for symphony orchestra. As well as being director of the Mechelen Municipal Conservatory, Jan De Maeyer at present teaches oboe and alto oboe at the Royal Conservatory in Antwerp. He is also the oboeist in the wind trio Avena, the woodwind quintet Amadea and the Antwerp Chamber Music Ensemble.

In his youth, Jan De Maeyer wrote standard repertoire for concert band in a lighter style (with jazz harmonies and sprightly percussion parts). His subsequent studies with Willem Kersters brought a Post-Bartokian expressionism and counterpoint to his style. However, despite the fact that Kersters brought him into contact with serial techniques, he moved away from the serial style. The composer has affinities with the mysticism of Arvo Pärt and – separately from Pärt – undertook a study of Medieval and ethnic music. Before looking at De Maeyer’s compositional style, a consideration of his overall vision of music can serve to clarify his position. Jan De Maeyer calls himself a “classical” type of person; by this he refers to a balance between reason and emotion, between the physical and the psychic. Tension and relaxation must keep each other in check. His whole oeuvre is characterised by this polarity: there is a constant interaction between the two extremes, and even a disregard for the evolution through which his compositional style has clearly passed. This is not only a result of his life vision but also of the role that the audience and the performer are accorded. A musical work must always remain performable, which is perhaps De Maeyer’s way of lightly criticising the degree of difficulty of some contemporary works. At the same time, this has to do with the interplay between the music and the audience. Music should be written in such a way that it remains accessible to the audience and performable by the musician. De Maeyer has thus made it his goal to master different areas of music. In his “total vision”, he sets out to be not only a composer but also a musician, a conductor and a listener. The result of incorporating all these facets is that he has become aware of the performer’s physical boundaries and the audience’s psychological limits; this in turn has led to a compositional style that alternates between tension and relaxation. In concrete terms, this opposition entails the incorporation of avant-garde elements into his compositions. He stops short of performing and conducting the work of other composers, however, since that would damage the authenticity of his own writing. His whole theory is aptly supported by Freud’s assertion that the difference between men and women is the different way that men bring their “children” into the world: compositions are thus the children he has borne, as it were. De Maeyer’s study of classical philology, finally, has had a great influence on his oeuvre. He has set a great deal of poetry to music, including both contemporary and humanist texts; the latter include works by Janus Secundus, creating work that De Maeyer himself considers his opus magnum.

The composer’s first work for oboe and piano, Sonatina, written in 1979, is a cautiously atonal composition with incidental avant-garde techniques for the oboe. The first movement, in sonata form, has a strongly cerebral atonality as its basis, while the second movement is an elegiac meditation in a tripartite song-form with several rubato passages. The final movement shows clear signs of Bartok’s influence in its classical phrasing on the one hand and the use of asymmetrical metres and free atonality on the other. La Consolazione, which won the Peter Benoit Prize, is more contrapuntally conceived. The work pays homage to the Latin writer and philosopher Boethius, whose texts provide us with a good picture of the musical heritage of antiquity. La gioia for woodwind trio is a through-composed work with a free-atonal harmonisation, counterpoint limited to several imitative passages, and rhythmic and metrical elements with jazz influences. World music is also one of De Maeyer’s interests, evident in his 3 Emigrantenliederen, folk song arrangements for four-voice mixed choir. After the theory-orientated early works came the Sonata per violoncello e pianoforte, one of the earliest of the composer’s works with an overtly aesthetic aim, an attempt to create “beautiful” sounds with modern means. In 1983, De Maeyer wrote Met een klank van hobo (With a sound of oboe), a free-atonal setting of several poems by Herman De Coninck. In that same year, he wrote Vijf voor acht (Five to eight), in which each of the five movements bears a title ending with “acht”, preceded by one or two consonants. The title indicates the content of each section. The means used for this are partly classical, as for example the scoring and traditional compositional techniques, and partly modern, through the use of the alto oboe and the musette, new techniques such as frullato, a rattling sound, double tones and glissandi and the aleatory compositional technique. In 1996, Jan De Maeyer wrote Maclinia for concert band, a programmatic work for the Flanders Festival. This work begins in a “fog” of sound, which eventually lifts, allowing one to “hear” the bells of Mechelen’s St Rumoldus Cathedral (the melody climbs to the highest regions of the band, the rarefied sounds of the piccolo). Back at ground level we experience the amusements of Mechelen to the rhythm of the “beguine”, a Latin-American dance. This is followed by a pavane, the famous Belle qui tient ma vie by Thoinot Arbeau, with a few postmodern touches. The movement ends with a short quotation from The Old Castle, the final movement from Mussorgsky’s Pictures at an Exhibition. From there we march to the Brussels Gate. The march becomes increasingly more imposing and explodes, as it were, into an epilogue, in which Alle Menschen werden Brüder from Beethoven’s Ninth Symphony is recognisable. De Maeyer’s opus magnum, the Basia II to IX, was performed in 2002. The text, love lyrics by Janus Secundus, a major Neo-Latin poet of the Low Countries, is set for four-voice mixed choir, instrumental soloists, chamber orchestra and percussion. 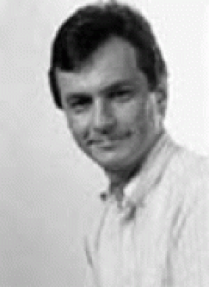