Patrick De Clerck, born in Oostende in 1958, began as a self-taught composer. He worked in a number of leading centres for electronic music, such as the IPEM centre in Ghent and the IRCAM in Paris. At both centres he produced thoroughgoing algorhythmic compositions based on electronic sound-manipulation.At the age of 23, he became frustrated with what he saw as the self-absorbed nature of this avant garde movement and stopped composing altogether. De Clerck wiped the slate clean and launched into popular music. He played bass guitar in several alternative rock groups, but eventually found this too to be a dead end. In the mid-1980s he became involved with the Italian dance company, Sosta Palmizi, writing music for a number of productions. Out of this renewed experience of composing slowly grew the desire to write non-functional works. In 1988 he wrote a chamber opera, Re. Starting in 1989, he considered himself once again a full-time composer.

Before he begins on a composition, Patrick De Clerck aims to “forget” all his previous achievements. He attempts to construct each composition on its own terms, instead of basing it on a particular style or technique. He has written music on commission for such well-known orchestras and institutions as the Belgian National Opera, the Danel Quartet, the Philharmonic Orchestra of the Ural, Patricia Kopatchinskaya and the Centre for Contemporary Music in Moscow.

In his professional life, Patrick De Clerck attempts to take the most independent position possible. Besides composing, he publishes his own works (through his Dom Gorokhov publishing house). He is also the driving force behind the Belgian music label, Megadisc Classics. This label concentrates on Belgian contemporary composers, as well as on Post-Soviet music, including such composers as Ustvolskaya, Silvestrov and Terterian. The mood of De Clerck’s own works may best be situated within this last category. He has also programmed concerts for the “Klassiek-Hedendaags” contemporary music series at De Gele Zaal concert hall in Ghent. As a composer he has given master classes in Flemish contemporary music at the conservatories in Moscow (1995) and Vilnius (1999), as well as lectures in Wintherthur (1997) and at the Juilliard School of Music (2001).

When setting out to write a composition, Patrick De Clerck aims to begin from a tabula rasa, even if this is in fact never completely possible. His compositions are built on a simple and transparent basic plan. The compositional material of his works can be reduced to one page of basic material. From this he develops his various musical ideas. Once one idea has been worked out, he begins to develop the next one. His preordained plan ensures a sense of intention in his music, rather than merely a juxtaposition of musical ideas. He applies a neo-tonal musical language in his work. De Clerck works out the tension between consonance and dissonance on an emotional basis — in this he is similar to many Post-Soviet composers — rather than according to a rational system. However, his sound palette can better be situated in the Late-Romantic tradition than in the open sound of the Post-Soviet composers. Patrick De Clerck’s goal is, within his sound idiom, to be able to write music with a clear sense of direction despite the absence of melody. Composition and performance are two separate dimensions for this composer. The score represents the completed composition and the performance takes as its point of departure the written fact of the score. The challenge resides not in the technical aspect of the composition, but in the interpretative aspect. The music must attempt to be an evocation. This is only possible if the performer combines a thorough musical background with a far-reaching engagement for the work. For this reason, the composer always works in close collaboration with the performers of his work. He gets a sense of the possibilities and sends the musicians off in a particular direction. A performance of his work can thus never be allowed to be a literal playing of the score, but must be an interpretation by performers who assume their responsibility.

Patrick De Clerck writes primarily for small ensembles, either with voices or purely instrumental. The choice of text is crucial in his vocal music; in the past he has set texts by such authors as Michelangelo, Fiodor Sologub, Anna Akhmatova and Osip Mandelstam. He aims here for a comprehensive unity of text and music. His Northern Elegies (1993) was commissioned by the Belgian National Opera. The work is based on Akhmatova’s First Northern Elegy. The text is set in its entirety over the course of the four movements; in this way, the composer creates a monologue with piano accompaniment. Canto I (1995) and Canto II (1995) have the same text, but this text is developed in different ways, thus illuminating different aspects of the words.
De Clerck sometimes incorporates elements of alienation into his music: in Canto IV (1997), he employs different pairings of one instrumentalist with one particular instrument; both performers have the same melody but only the vocalist has a text. This results in an unusual fusion of text and pure music. In his song cycle Mignon (1999) the composer produces a sense of alienation on a different level: the singer begins as a page-turner for the pianist. Patrick De Clerck has also written larger vocal works such as his chamber opera Re (1988-89) and the staged cantata Angelo (1991-92). His works are often formally structured into five movements. Over the course of the movements there is a balanced alternation between slow and fast, with a preference for slow tempi. The various movements are linked through the underlying concept of the composition. The structure of his string quartet Sferen (1992) is based on the Pythagorean proportions (1:2:3:4:5). The first movement of the work is a cantus with variations. In these variations, the composer anticipates the different tempi of the subsequent movements. De Clerck often develops his musical material in a fragmentary way. In the prologue to his String Trio (1990), the musical ideas of the five following movements are briefly introduced. One particular idea is developed in each movement. However, within each movement the basic idea is juxtaposed with ideas from the other movements.

Besides music for instrumental ensemble, Patrick De Clerck also writes for solo instruments, as in his Elegia for piano solo (1997); and for orchestra, as in A Symphony (2000). The title of this last work is a play on words, as the “A” can be interpreted in various ways: if the stress is on the word “Symphony”, the title refers to the genre of the work; stressing the word “A” suggests that the work is just one of many written in this genre; at the same time, the composition is constructed around the note a. The dynamic process takes place more on the rhythmic than on the melodic or harmonic level. At the end of the work, various instruments play the note a with an airy sound. Rather than providing a detailed description of the required playing technique, he employs a simple notation requiring the musicians themselves to come up with the solution. In this way, De Clerck avoids all forms of complexity in his notation. 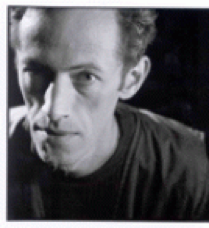