Moniek Darge was born in 1952 in Bruges, where she studied music theory and violin at the Music Conservatory until 1966. In 1973 she completed studies in painting at the Royal Academy for Fine Arts (K.A.S.K.) in Ghent. Besides art history and archaeology, she studied (moral) philosophy at the Rijksuniversiteit in Ghent. In the arts, Moniek Darge is mainly active as a composer, violinist and performer. “Soundscapes” and live-art performances are among her specialities. She combines both visual and musical aspects in these performances. Since 1970, Darge and Godfried Willem Raes have together formed the internationally renowned Logos Duo.

As co-administrator of the Logos Foundation, she has helped to bring the Logos Duo not only to concert halls in Europe but also in North and South America, Australia, New Zealand, Africa and Asia. Since 1970, she has also focused on interactional violin improvisations. Together with Karin De Feyt (flute), Nicole Ledegen (voice), Ann Vancoillie (violin) and Francesca Verbauwhede (violin), she set up Logos Vrouwen in 1994 to explore this manner of performance. This ensemble improvises using a combination of voices, violin, Mali fiddle, flute and body expression. Darge is also a member of the Logos Ensemble that performed Raes’s music-theatre production Mach 96 as well as Rooie Niki, a street opera in which she played the lead role in 1998. She also builds light and sound sculptures, installations and musical instruments. Over many years she has produced a collection of alternative music boxes. For Darge, these boxes tell a poetic, audio-visual story with such ingredients as soft sounds, subtle light reflections and a liberating sense of humour. She sets out to find the most suitable sounds for the (as yet) empty boxes. Besides many prizes and distinctions, she was named Cultural Ambassador of Flanders as a member of the Logos Duo in 1997.

From 1970 to 1980, Darge was a co-organiser of ten mixed-media festivals. For these events she also took the initiative in setting up “Sonomobiel” exhibits in, among other places, the K.A.S.K. and the Museum for Contemporary Art in Ghent. In 1992 she organised the Japanese Performance Festival in Ghent and since 1993 she has organised an annual International Women’s Festival, which aims to bring young Flemish composers, musicians and performance artists into contact with their female counterparts from other countries. Moniek Darge also regularly produces poetry, compositions and drawings, as well as journalistic and literary essays. In addition she is the editor of the Logos-Blad. Besides her activities as an organiser, Darge at present teaches ethnic music, art history and project seminars, especially on the visual arts and music, at the K.A.S.K. and the Royal Conservatory in Ghent (now merged to become the Hogeschool Gent). She has lectured as a guest teacher in North and South America, Australia and New Zealand.

The central objective of the Logos Foundation, “the elimination of the boundaries between art and life, between the various art forms, questioning the notion of the “work of art”, the development of instruments, tapping into the latent creativity of the musician, the participation of the audience” (from M. DELAERE, Experimentele muziek, in M. DELAERE, Y. KNOCKAERT and H. SABBE, Nieuwe Muziek in Vlaanderen, Bruges, 1998, p. 87), is also Moniek Darge’s central aim. And yet she does differ from Raes on an artistic level. In contrast to the work of Raes, her concerns are “more visual-musical than purely musical, more static than dynamic, more concrete than abstract, more accidental than structural, more ritual-orientated than process-orientated”. The lion’s share of her compositions come out of soundscapes and electro-acoustic music. She has also produced performance art, instrumental music in graphic notation, vocal music and one orchestral work.

Soundscapes are audio landscapes, in which ambient sounds are blended with self-produced sounds. In other words, music that sets time on its ear, so that the boundary between the person and his or her surroundings is blurred. Her interest in ambient sounds in “sacred spaces” (gongs, buzzing insects, etc.) led to the project entitled Sounds of Sacred Places (1988), a spiritual variation on concrete music. A brief discussion of several works can serve to illustrate what Moniek Darge intends with the concept of the soundscape. In the composition Turkisch Square, she uses soundscapes, voices, violin and the n-dimensional oscillator, built by Godfried Willem Raes. Darge studied a Turkish working-class neighbourhood several blocks from the Logos Foundation in Ghent. She observed that the visual and acoustical characteristics of the area changed with the seasons and weather conditions. Among the soundscape elements, we can hear Turkish music and language blending in with a church bell, birdsongs, wafting Flemish pop music, the shouts of arguments, women calling out and children crying – all typical sounds of the neighbourhood. Her work, Rain, also included in her Sounds of Sacred Places, makes use of recordings of rain (soundscape) and voice amplified by a larynx microphone.

Moniek Darge’s integration of non-European musical instruments and ways of experiencing music form part of the experimental musical tradition. During trips abroad she made field recordings of ethnic music, collecting material in, among other countries, Rwanda, Kenya, New Zealand, Australia, Japan, China, Hong Kong, Thailand, Canada (Inuit) and Brazil. An example of this is the composition ShSh, made on the Japanese island of Shikoku and in Shanghai. This electro-acoustic soundscape composition brings together elements from Japanese and Chinese tradition. “In the beginning there are instruments and insects. A Japanese car transports the Chinese monks, while insects and instruments remain in the background, but then transformed.” Brazil inspired her to produce another work, Caete. This is a soundscape composition, consisting of three layers. The first layer is formed by water sounds, taken from both natural and manmade flows of water. The second layer also comes from Caete and takes us intro the bird world of the Brazilian countryside. A third layer is the instrumental translation of a poem written on 1 January 1998, expressing the intense eye contact of just a few seconds with a very old woman who is dying. ManMo is the name of a temple in the centre of Hong Kong, this location was the source of inspiration for the first concept of this work. The ceiling of a temple was the basis for the structure of the composition. It consists of five sections in which tape and two live performers are combined. The soundscapes (sounds of water, bells, tropical insects and parrots, recorded in Ghent and Australia) evolve very slowly in terms of timbre, giving the impression that electronic modification has been used. This is, however, not the case: the transitions consist purely of natural sounds. Each section ends with one or more soundings of the gong, leading finally to a climax. This process of growing can thus be compared to the slow but steady discovery of a sanctuary. The score is graphically notated in black and red sumi ink on large sheets of Japanese rice paper.

In collaboration with Godfried Willem Raes, Moniek Darge has also produced theatrical performances, including A Book of Moves. For this performance, Raes built a virtual instrument that produced sound modulations determined solely by the direction, speed and expressive content of the musicians’ movements.

Instrumental: From M.D. from M.D. for solo violin, grafical notation (1993) 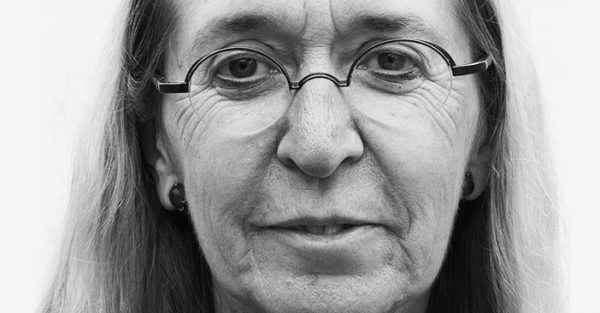