Karel Albert was born in Antwerp on 16 April 1901. He studied at the Royal Flemish Music Conservatory in his native city, and subsequently with Marinus De Jong. In 1929 he took a position as a music teacher at the State High School in Antwerp. In 1933 he became the secretary of the music department of the former N.I.R. (Belgian National Broadcasting Service). In 1936 he was appointed head of the department and was promoted to assistant-director three years later. After an interruption during the Second World War, Albert continued to work at the N.I.R until 1961, when he retired at the age of 60. In retirement he was the music critic for the weekly publication, Het Toneel, until 1970. He had in fact worked as a critic throughout his life, writing for several publications, including Kunst, Vlaamse Arbeid, and Music. A selection of his articles were published as the book Over muziek gesproken… in 1982. Karel Albert died in 1987 in Liedekerke (Belgium).

Together with August L. Baeyens and Willem Pelemans, Albert promoted modern music in Flanders in the years after the First World War. These innovators organised a concert consisting mainly of their own new compositions in Brussels as early as 1922. This initiative was followed up by several smaller concerts in Antwerp and Brussels. Karel Albert’s friend and colleague, August Baeyens, subsequently founded a chamber music ensemble in Antwerp in 1927 dedicated to the advancement of modern Flemish music. In this period, Albert went under the pseudonym of K. Victors. His earliest successes, which established his reputation as a composer, were compositions for the theatre written between 1924 and 1932 for the Vlaamse Volkstoneel and the avant-garde Théâtre du Marais in Brussels. Through this functional music he played a major role in the gradual acceptance of modern music by a broader audience. His music for the theatre was firmly rooted in the renewal of the theatre which was taking place in Flanders at the time. In 1947 he produced a book for the general public on music history from antiquity to Beethoven, which made use of phonographic recordings.

Karel Albert was, in his own words, “a composer who was always searching”, with the result that he changed direction a number of times. He received his basic training in composition mainly from Marinus De Jong, who passed on to him a thematic-motivic approach. As outlined above, Albert was among the first modernists in Belgium, along with Baeyens and Pelemans. For these composers, structure and expressive tension were more important than romantic content and folk melodies as then preached by the heirs to Benoit. Karel Albert was caught up in the full flight of expressionism when he produced his more than 20 scores of music for the theatre. His talent for the dramatic led him to create music that was part of the action on stage and, in particular, offered the actors rhythmic support. A few of the most important works in this group are Lucifer, Adam in ballingschap, Tijl, Les marrons du feu, De Mariaboodschap and Marieken van Niemeghen. The music for this last work created such a furore at the time that the company, the Volkstoneel, subsequently included music in all its productions. Albert himself labelled this expressionist period as “constructivist”, calling it “music that strived to be pure music, lines that represent nothing more or less than a plastic value”. In order to realise this “community art” he wrote “constructions”. As early as 1922, Albert composed a construction for choir, entitled Hymne.

The constructivist period may, however, best be situated in the years from 1926 to 1937, as exemplified by such works as 6/4 Construction for piano (1926), 2/4 Construction (1930), 3/4 Construction (1930), and a 4/4 Construction. The composer considered the chief work of his “musical constructivism” to be Het land (symfonische konstructie) (1937). This work is an abstract construction which rejects any form of individual emotion. Albert does not in fact extend this new aesthetic ideal to the level of rhythmic organisation or instrumentation. Equally, his harmonic language hardly conflicts with tradition. A static harmony is achieved through the use of ostinato and through a style that draws on the figured chorale. The true constructivist concept realised in Het land is the projection of a broken chord over the musical time span of the composition, creating the impression of a gradual arpeggiation throughout the whole work, treated as a cantus firmus. Albert would continue to write constructivist works after 1937, namely the Drie constructies voor snaren written in 1959.

His best known work, Het beestenspel (1933), heralded a new phase in the composer’s career. The change in style evident here points to a simplification, a tendency that would become clearly established during the war years of 1940-44. During this period, Karel Albert harked back to a “mature” classicism, with a finer balance between form and content. Het beestenspel is a piano suite composed in 1932, and arranged for orchestra in 1933. In each of the nine movements of this suite an animal performs its “trick”. The text is light-hearted, containing many comical passages, but the composer is able to avoid musical clichés. The result cannot be called highly innovative but there is some combining of different harmonic functions in one chord, as well as the use of bitonality at the end of the circus music heard at the beginning and at the conclusion. This unpretentious work can be seen as a critique of the stilted, overly serious Late-Romantic musical tradition with which he desired to make a clean break.

With the onset of the Second World War, Karel Albert’s quest for a simplified style saw its highpoint in his Symphonies no. 1 in E major (1941), no. 2 in G major (1943) and no. 3 in B major (1945), as well as his ballet, De toverlantaarn (1946). He called his Third Symphony his “radio symphony” since, in both aesthetic and technical terms, it was conceived for radio broadcast. Technically, this symphony is geared to the acoustics of a normal living room, with a scoring for a limited orchestra and a structure that is classical and transparent, effects he achieves by treating each instrument as a soloist. Aesthetically, he practices the art of the intimate. The work is not conceived for a large audience in a concert hall, but for a single listener sitting by a radio.

In 1950 came the opera buffa, Europa ontvoerd. After this work, Albert moved on from classicism, once again entering a more “experimental” period. Piano works and songs were the first indications of this change. A characteristic work of this period was the ballet Tornooi (1953). Although the composer and the critics would subsequently see this work as an expressionist composition, serious issue can be taken with this description, as Tornooi is a highly narrative ballet in the 19th-century musical tradition. Another work from this period is the Quintet for flute, oboe and string trio (1954). In the second movement of this work, Karel Albert explores the boundary between atonality and dodecaphony. Once again, true polyphony gives way to ostinatos or figured melodies. Of particular interest are the interaction of the oboe and the flute, and the concluding pianissimo chord at the end of the second movement. A further step towards dodecaphony led to the following works: Theme and Variations for piano (1955), Third Sonata for piano (1956), Bloeiende lotus (1956) and De nacht voor orkest (1956), a work entirely conceived on a twelve-tone row. Albert subsequently became a confirmed adherent of dodecaphony in its purest form, as seen in his Suite for orchestra (1958), along with other chamber music and songs. In 1962 he composed a suite for baritone and orchestra, In den beginne was het woord, in which he departed from the serial technique.

After several works (including the 1963 Quartet for brass instruments) in which the composer applied Messiaen’s modes, Albert combined several styles in his Symphony no. 4. This may be considered his last important work, exhibiting the musical personality of a composer of great stylistic diversity. 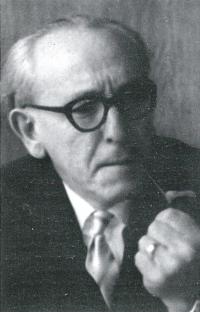