Peter Welffens was born in Antwerp on 7 May 1924, the son of a father originally from Hanover. As his father was a professional musician, he was familiar with the music world from a young age. He studied first at St John Berchmans College in his native city. This institute had links with the famous Antwerp Cathedral choir, which was led at the time by Canon Striels. The young Welffens became a member of the choir and the experience that he gained there was decisive in his eventual decision to become a professional musician. He pursued his studies at the Royal Conservatory in Antwerp, where he earned first prizes for harmony (Jef Vanhoof, 1934), piano (Marinus de Jong, 1947) and counterpoint (Karel Candael, 1949). In 1945 Welffens was named music director of the Royal Youth Theatre in Antwerp, a position he held until 1989. In the 1950s, Welffens took summer courses at the Mozarteum in Salzburg (including composition with Wolfgang Fortner and orchestral conducting with Igor Markevich). He subsequently appeared a number of times as guest conductor at the Royal Flemish Opera. In 1981 he began to teach practical harmony at the Antwerp conservatory. Welffens’ work received numerous prizes, including the Edward Keurvels Prize in 1965 for his collected work for the Royal Youth Theatre. In 1997 he won the Sabam Prize. Peter Welffens died on 11 February 2003 in Deurne.

Although Welffens considered a knowledge of twentieth-century musical systems such as dodecaphony and serialism to be indispensable, he remained true to musical tradition throughout his life, although his contact with Wolfgang Fortner did result in a clear sense of innovation in his style. The repertoire can be split chronologically into three phases. His early works (1940-1952) are in the Late-Romantic Flemish tradition in which lyricism, dense orchestration and adherence to tonality are the chief characteristics. After his period at the Mozarteum at the beginning of the 1950s, his style underwent clearly modernist influences, chiefly in the form of Bartók and Stravinsky. His music was now marked by sharp dissonances, powerful rhythms, ametrical accentuation, changes of metre and much attention to the brass and percussion instruments. He also sporadically made use of dodecaphonic principles without actually applying them strictly. Although Welffens mainly drew on his emotions for his compositions in his first 2 phases, in his last phase (from about 1976), a more cerebral aspect became dominant. In this final phase he arrived at a personal style in which there is room for both emotion (albeit relatively controlled) and balance. In harmonic terms he remained an adherent of polytonality.

Peter Welffens is best known for his extensive and significant contribution to theatre and ballet music. Like Renier Vander Velden, Welffens was the great innovator in the area of ballet music. He created most of his ballet productions with the Lea Daan’s ballet group, and also worked with Jeanne Brabants’ ensemble, from which the Royal Ballet of Flanders was later formed. Ballet music in 1950s Antwerp was greatly stimulated by the important organiser Roger Avermaete, who mounted the annual National Dance Festival there. An important ballet work from Welffens’ second phase is Cyklus (1966), a work commissioned by the National Ballet of Canada. The work clearly shows the influence of his studies at the Mozarteum with Wolfgang Fortner. Welffens was also clearly inspired by Stravinsky and Bartók while writing this work. The work is based on the “cyclical processes of nature”, which here sees their concrete application in the different phases of human life. The movements symbolise birth, puberty, purification and death. This leads to clear contrasts, but ultimately the unity or bond between these phases/movements prevails. The movements are linked through the repetition of motifs and through the coming together of the 3 main themes in the final movement. The work ends completely cyclically with an echo of the opening. Welffens also took great interest in music for the stage. The tonal language employed here is more transparent. For Welffens it was crucial that his music remain intelligible for the young audience of the Royal Youth Theatre. The world of young people interested Welffens for 2 reasons: it gave him an opportunity to criticise adult society, while it provided him with an audience that was appreciative like no other. Composing music for young people was true art, in Welffens’ opinion, since it forces one to say a lot with a little, thus requiring great craftsmanship. The Antwerp Youth Theatre commissioned him to write a great deal of theatre music, including Peter Pan (1947), Pinokkio (1947), Assepoes (1955), Antigone (1964), Coriolanus (1967), Polleke, de Belg (1980) and Het lied van Hiawadha (1982). Welffens was less active in the area of opera. His 2 operas indeed stand outside his stylistic evolution, since he was more concerned with the moral and didactic value of these compositions. His 2 operas are Stroppe la corde (1964), based on the story of Renard the Fox, and De Dubbeldroom (The double dream, 1989). The latter work is in fact an initiation for children into the world of opera. The objective is to acquaint children with opera and the specific way music is used in it. The opera Stroppe la corde again confirms Welffens’ skill as a writer of music for the stage. The singing style is predominantly syllabic-declamatory, allowing the drama to emerge more clearly: each character is accorded his or her own motif and Welffens employs a very colourful orchestration. The harmony ranges between polytonality and tonality.

Besides opera and music for theatre and ballet, Welffens wrote symphonic works and a great deal of chamber music in which he tended to remain true to Neo-Classical forms and clearly demarcated the various phases of the composition. Representative of his chamber-music output are Four Miniatures for brass quintet (1950) and the Suite for wind quartet (1976). In both works there is an abundant use of contrast and clearly-drawn musical characterisation. The latter quality is immediately evident in the subtitles in the suite: Burleske, Melopee and Pantomime. The harmonic language of these 2 works is based on polytonality, although in the Four Miniatures Welffens consistently ends movements tonally, a technique that he frequently used in his earlier compositional phase. He also wrote 2 string quartets over a period of 48 years. The First String Quartet (1944), an early work, still bears clear traces of the Late-Romantic tradition, with its use of tonality and the alternation between rhythmic folk melodies and a broad lyricism. The first 3 movements are set in a depressed, melancholy mood which was probably directly linked to the difficult living conditions during the war, together with an attack of jaundice. He completed the quartet in 1945 with a fourth movement, allegro con fuoco, in which youthful vitality wins the day, reflecting the return of a joie de vivre. The composer’s Second String Quartet dates from 1992 and clearly illustrates his stylistic evolution: in it he employs large intervals, harsh dissonances and intense dramatic expression. The general mood in the middle movement recalls the pain (dolente) of the previous string quartet, while the outer movements are characterised by the plasticity and powerful rhythmic drive of the ballet composer.

Welffens’ first foray into symphonic music, the Symphony no. 1 in E minor (1952), remains clearly in the realm of Late Romanticism. The main theme of the first movement forms the basis for a highly varied motivic development. This theme is characterised by its leap of a seventh and its chromaticism. The second and third movements are strongly contrasting. The second is dominated by a tense atmosphere, created by its orchestration and the long spun-out melodies. In the third movement the mood becomes exuberant, with more attention to rhythm and keen-edged phrasing. The fourth movement already anticipates the composer’s second phase. Where in the first 3 movements broad lyrical melodies and tonal consistency prevail, in the fourth movement it is mainly the forceful brass and percussion which are heard. The most striking of the new elements include much more powerful dissonances, intense rhythms and the use of long, spun-out chromatic passages, often in contrary motion. The motivic material is also much more compact here: the whole movement is buttressed by an obstinato figure of a third which can be both minor and major. Among his other symphonic works are the Symphonic poem (1940) and the Baroque Suite (1955). In the latter work, Welffens harks back to Baroque dance forms. His Second Symphony (1959), the fruit of insights gained at the 3 masterclasses he attended at the Mozarteum in Salzburg, is his most important symphony because of its dramatic power. With this work he very clearly breaks with the Flemish Late-Romantic style, as we encounter new stylistic elements such as strong dissonance, polytonality and a clear preference for rhythmic accentuation. The first movement has a sonata form with a thoroughly worked-out development, as the various motives are combined or altered through augmentation and diminution. In the lento e semplice, on the other hand, we encounter the composer’s ability to create moving music out of very simple materials. The harmonic language in this movement is highly dissonant. The symphony ends with a scherzando in which the composer for the first time applies the serial principal and in which the timbre is dominated by the percussion and the brass.

The works from his final phase that most clearly illustrate his late style are the Sinfonia per orchestra da camera (1986) and Due Movimenti (1989) for strings. Both works are characterised by a sense of detachment from the world and a tendency towards internalisation. From this point, for instance, he composed for chamber orchestra rather than large symphony orchestra. He also showed a predilection for classical formal structures that could create a better overall sense of balance. In Due Movimenti, expressive playing techniques and dissonance are held in balance through the use of an ABA structure in each movement. From this point on, Welffens tended to stay with one emotion over a whole movement, in contrast with previous works. This is particularly clear in his Rubens Diptych (1976). The first movement, based on Rubens’ Raising of the Cross, contrasts sharply with the second movement, a musical evocation of the garden of love.

In the area of vocal music, Welffens wrote several songs and a small number of choral works. In his songs he showed a preference for subtle poetry, keeping the musical setting close to the mood of the text. This can be heard in Paysages tristes for soprano and instrumental ensemble (1963) on a text by P. Verlaine, and in Orpheus and Eurydice for baritone and orchestra (1960) on a text by P. Keymeulen. Welffens’ rich imaginative power and the suggestive accompaniment make true gems of these songs. Among his choral compositions are the Stabat Mater for four-voice mixed choir (1965), choral arrangements, and the children’s fairytale, Hoe de slakken een huisje kregen (How the snails got their houses, 1976) for narrator, solo voices, children’s choir and orchestra. This work makes the link between contemporary music and the world of children. It remains tonal, but is often rhythmically complex.

– String Quartets no. 1 and no. 2, CHAMBER MUSIC (Moscow Chamber Soloists), Phaedra (In Flanders’ Fields, vol. 14) 92014
– Personal recordings of his main works are available on 10 tapes (also an interview with the composer); it is possible to listen to those tapes in CeBeDeM 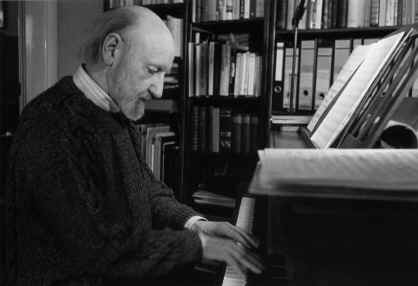