Petra Vermote was born in 1968 in Izegem where she studied guitar at the municipal music school with Diane Vermeersch. This was followed by studies at the Ghent conservatory, culminating in first prizes in solfège, guitar, chamber music, harmony, counterpoint and fugue, as well as the Higher Diploma in guitar under Baltazar Benitez. She studied composition with Frank Nuyts, Jan Rispens, Lucien Goethals and Roland Coryn. In 1999 she earned the “Meester in de muziek” diploma from the Antwerp conservatory, specialising in composition (under Luc Van Hove). Petra Vermote teaches guitar at the conservatory in Ghent as an assistant to Yves Storms. She also teaches courses in accompaniment and music education in the guitar department. Vermote gives guitar lessons at the music academy in Izegem and provides the musical programming for De Wekker, an organisation in Roeselare. As a composer, she has written works on commission for such groups as the Beethoven Academie, the Flanders Festival (Kortrijk), the Ictus Ensemble and Champ d’Action. In October 2001, she received the Youth and Music Prize for composition, a tri-annual award given to a composer under the age of 35.

Although Petra Vermote has only just begun her career as a composer, a clear stylistic evolution is already evident in her oeuvre. The compositions from her first period, between 1986 and 1989, are for the most part organised according to serial techniques. Through pitch and rhythm series, Vermote explored the possibilities of serialism in her own music. Soon enough, however, she was confronted with the limitations of this stringent system and set off in search of other composition methods. In this relatively short period she composed, among other works, Tonanaemia for piano solo (1987). The title, a combination of the words “tone” and “anaemia”, refers to a lack of a tonal centre in this music, a quality typical not only of this specific composition, but of the serial approach of her early works in general.

After this serial beginning period, Petra Vermote adopted a somewhat more modal style. In opposition to the compositions from her first period, her scores were now mostly formulated in function of a tonal centre or at least included several tonally-centred passages. Writing in this freer idiom, she produced such works as The Iron Day (1995), Reflections on Ebony (1996), and Gebroken Wit (Off-White) (1996), music for a dance production.

Starting from the composition of Heron, a diptych for soprano, baritone, clarinet, cello and two percussionists, on poems by Emily Dickinson (1996), a clear change in direction is evident in Vermote’s stylistic approach, as she developed towards her present compositional style. On the level of harmony, she definitively abandons the use of tonal centres, as her music becomes much more chromatic and atonal. In terms of her composing technique starting from Heron, the composer makes increasing use of pitch-class sets in order to achieve a degree of coherence within her compositions, without, however, in any way applying such sets in a rigid manner. On the contrary, she treats such sets in a rather intuitive way, relying on her feeling for timbre and the content associated with it. Her compositions are thus essentially a combination of set theory on the one hand and her desire for musical expression on the other. The pitch-class sets that function as the basis for a composition are often generated from a pitch-analysis of the musical quotations that she uses. Although for the listener a quotation can sometimes appear very suddenly or unexpectedly, there is in fact a clear link with the preceding quotation in the form of the same pitch-class set. Thus, for instance, in Das Innere (1998) she quotes a theme by Buxtehude, and in Itinere (1998), her first orchestral work, she quotes from Richard Strauss’s Der Rosenkavalier. Vermote’s quotations often imply a ironic and even sarcastic wink at the world around her. In Scintille (2000), an orchestral work composed for the Diamond High Council, the commission called for the audible presence of the notion of a diamond. Vermote obliged, with quotations from the James Bond classic, Diamonds Are Forever and an aria from the opera Les Contes d’Hoffman by Jacques Offenbach. The latter melody, which makes its first appearance almost inaudibly in the oboe part, is tonally harmonised by the whole orchestra at the end of the work in an almost grotesque manner. As noted above, Vermote always subordinates these pitch-class sets to her intuition and her urge for expression. This very extreme expression is evident chiefly on the two levels of rhythm and instrumentation. In terms of rhythmic organisation, her preference is for free rhythm, a tendency that doubtless grew from her familiarity with the guitar repertoire, in which the clear influence of world music is unmistakable, especially on the level of rhythm. In more recent works, the notion of “free rhythm” is further worked out by the use of “randoms”. This means that the duration of each note is no longer strictly written out, but that within the limitations determined by the composer, a certain freedom is created. We may here speak of “controlled chance”. This takes place, for example, in At Nievi, the third movement of Tsjizj (2000), in the strings. The second important element in her quest for expression is played out in the area of instrumentation.

Although Petra Vermote has limited herself to traditional classical instruments up until now, she certainly does not employ them in traditional ways. She will, for instance, call for glissandi between quarter-tones, spoken words, multiphonics, harmonics and the playing of the cymbals with the hands. It should here be stressed that Vermote certainly does not apply such techniques in a non-committal way, but always in function of her search for the richer expression new timbres can provide.

Tsjizj (1999-2000) and Diferencias (2001) are, in the composer’s own opinion, the most important works in her present style, and thus of her whole oeuvre. Tsjizj is a cycle for soprano, flute, clarinet, piano, percussion, violin and cello, and is based on five poems by the Russian writer Daniil Charms (1905-1942). The subject of these poems is the absurdity of human existence. Vermote clearly portrays Charms’ morbid vision of humanity in her music. The whole composition is, for instance, based on a descending series of notes that only in the last part is explicitly presented in the piano’s ostinato bass line. The bass part descends at the conclusion of the work to the very lowest register of the piano. In addition, at the end of her cycle, she also develops a desolate sound through the use of a gong in an oil drum filled with water. These are only two of the many examples illustrating how Vermote is able to conjure up the mood of the poems in this work. Diferencias. Siete varaciones sobre el mundo for soprano, flute, clarinet, guitar, piano, percussion, violin, viola and cello, is a suite of seven songs composed on the occasion of the opening of an ambulant therapeutic centre for children in Eeklo. For the text, Petra Vermote chooses seven poems by Frederico Garcia Lorca. The central theme of “openness and closedness” refers both to the architecture of the building and to the way people deal with openness and at the same time a feeling of security. In musical terms, this coherence between the different movements is ensured in two ways: on the one hand through the augmented-fifth chord that functions as the basic material for the whole composition, and on the other, through the manner in which the composer associates recurring concepts in the poems with certain sound-phenomena. 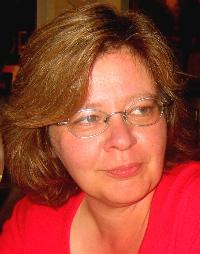