Jasper Vanpaemel was born on July 18, 1986 in the town of Heverlee near Leuven. From a young age, he developed a strong and especially broad interest in music, as reflected in his studies in piano, violin, and percussion at the Municipal Academy of Leuven. He later studied piano with Jan Michiels at the Royal Conservatory of Brussels, where he graduated cum laude in 2009. There, Vanpaemel specialized in contemporary music with Bart Bouckaert, in free improvisation with Kris Defoort, and in music technology with Peter Swinnen. In 2009, Vanpaemel also completed his bachelor’s degree in music theory at the Royal Conservatory of Brussels and enrolled in the one-year sonology program at the Royal Conservatory of The Hague. Coming out of this program, which focuses on sound art, Vanpaemel founded the electronics duo Jasper&Jasper, a collaborative project with Jasper Braet that focuses on improvisation and experimentation. In 2010, Vanpaemel enrolled in the composition program at the Brussels Royal Conservatory, where he studied with Annelies Van Parys, Franklin Gyselinck, and Kasia Glowicka, among others.

In addition to his professional activities as a composer and performing musician, Vanpaemel is also interested in a pedagogical approach to contemporary music. In the fall of 2012, for example, he succeeded composer Paul Craenenas the head teacher of the experimental music class at the Municipal Academy of Music and Word in Oud-Heverlee. In addition to offering a global music-historical framework of contemporary sound art, this course also helps students acquire a number of practical skills within the domain of new music. Vanpaemel also developed the Prima Piano software application for pianists with learning difficulties, which is used in numerous music academies.

Within Jasper Vanpaemel’s oeuvre, three key core ideas form the essential basis for his compositional philosophy. The first of these three fundamental principles is experimentation. Vanpaemel does not adhere to one particular compositional technique, style, or movement, but rather favors a strong urge for innovation. Both in his solo work and in his activities with electronics duo Jasper&Jasper, Vanpaemel always tries to start from a musical vacuum and, in this way, track down an undiscovered musical terrain. Central to this is, among other things, the development of new, often electronic instruments. In Praia Deserta? (2011), for example, Vanpaemel manipulates the conventional sound of two snare drums using contact microphones, pedals, and an elastic band.

Vanpaemel also frequently questions the conventional concept of a work in and of itself and subjects it to experimentation. This is clearly expressed by the two other pillars within Vanpaemel’s aesthetic, namely improvisation and physicality. All the components of his music come from improvisation: from the individual sounds at the micro level to the global musical structure at the macro level. This way of working leads to an end product that is very much oriented towards the live experience. In addition to this improvisational factor, capturing Vanpaemel’s compositions in recordings is made even more difficult by the large role that physical or extra-musical elements play in his oeuvre. Rather than starting with a musical structure or a mental soundscape, Vanpaemel often uses a visual situation as a starting point. This is made clear in the introductory text to Krakatoa Variations (2011): “In 1883, a violent eruption of the Krakatoa volcano destroyed more than 100 villages and killed at least 40,000 people. Krakatoa Variations tells the story of a pagan ritual in order to prevent this kind of disaster. Human fear and natural forces dominate the piece. No one knows if the volcano will be satisfied…”

In this work, both the positioning of the musicians, the direction of the sound, and the emotions that the work as a whole evokes in the audience are founded on a clearly narrative basis. Vanpaemel employs a similar principle in Mono (2012). In this work, the performer tries to give a sort of speech with the help of the piano, thus blurring the boundary between music and performance and strongly emphasizing the performer’s role. In Praia Deserta?, the visual component plays an important role as a compositional principle. The title of the work is Portuguese for “deserted beach?” where the question mark is essential. A deserted beach is teeming with life that is invisible and inaudible to the human eye and ear. This is the focus of Praia Deserta?: thanks to the contact microphones, these sounds are amplified, creating a new universe with its own laws and stories. Again, this composition does not concentrate on the actual sound experience, but rather focuses on the story behind the sound.

Vanpaemel has used new instruments in several of his compositions in order to achieve the desired sound. For example, Quakea Quartet (2013) is the first piece written for four Quakeas, instruments made from a metal frame and bicycle tires and connected to specially developed software via contact microphones. XYZ (2019), on the other hand, is a composition for 3D-printed flutes that produce different pitches by means of a sliding mechanism. The integration of live electronics is also crucial to this work. In these types of compositions, the visual component is by definition an essential part of the work of art, and musicians are invited to expand their own frame of reference by learning a new instrument.

Under the title Alter Ego, Vanpaemel created four compositions by taking different approaches to the same basic concepts. In each of the four movements of the work, musicians play behind a screen and are made visible or invisible according to certain patterns. In addition to the musicians themselves, virtual players are also projected, thus blurring the boundary between live music and electronic additions. The dramaturgy of Alter Ego also plays a substantial role in the composition. 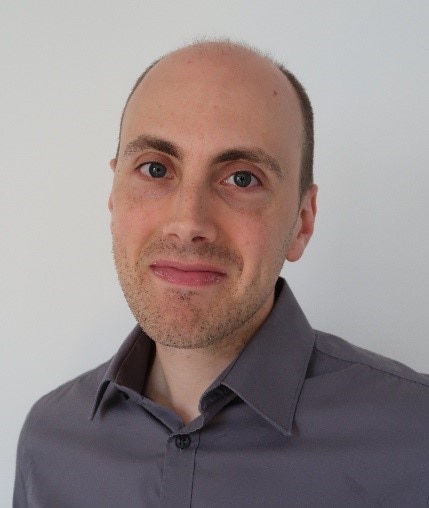