Bart Vanhecke was born in Etterbeek on 3 September 1964, and began to play music at the age of eight. He studied in the music academy in Tervuren, then attended the Royal Conservatory in Brussels, where his achievements included a first prize in flute. He was in André Laporte’s composition class in Brussels, and studied with Franco Donatoni at the Accademia Musicale Chigiana in Siena. Bart Vanhecke teaches flute at the music academies in Tervuren, Hoeilaart and Zaventem.

A number of works date from his student days at the Brussels Conservatory, written for a school composition competition. Using the name Perotinus, he entered De donkere kreten van de stilte (The dark cries of silence) for soprano and oboe, Duo (for two violins) and Vijf stukken (Five pieces) for piano; and Serenade (for piccolo, flute, harp and percussion) and Lux aeterna (for bassoon and angel chimes) using the name Hamlet. His works often won prizes and were performed by staff members of the Conservatory. Vanhecke, however, no longer considers these compositions as part of his oeuvre.

Since all of his compositions after 1997 have been based on a single series of 54 notes, two periods can be clearly distinguished in his oeuvre. Until 1997 Bart Vanhecke worked around one central tone in each composition. This central tone was surrounded only by seconds and sevenths, to avoid a melodic line. His compositions have strong dissonances, both melodic and harmonic. In Monodie for piano (1992), for example, the entire piece revolves around the note a. It begins with a rhythmic repetition of the note, and expands to tone clusters around the central note. In Ombra della sera, for oboe and piano (1992) he uses the same principle but around the notes e and f, also using quarter tones. The method is like that of Giacento Scelsi, whose music is also built around one central tone. Constantly changing rhythms that seldom abate give Bart Vanhecke’s music a greater agility than the sacredness that radiates from many of Scelsi’s works. The rhythms are ametrical and often very complex. The use of one prominently present tone, however, restores the feeling of unity. The different fingerings for the same notes on the oboe carry a wide range of sonic nuances, and additional resonance comes about since the oboe plays with its bell in the case of the piano. A minimum of material is used to bring forth a maximum of sound. It is thus the sound itself, and not melody or harmony, that is the essence of the piece. Serenade for 2 piccolos, harp and percussion (1991) and Epitafium (Epitaph) for alto flute and guitar (1991) are based on the same principle.

In Quand la lune meurt for bass clarinet and ensemble (1994) and Chaque fleur a une voix for bass flute, percussion and live electronics (1994), Vanhecke still works with an often-repeated central note, but he goes a step further, using multiple central tones and intervals such as the fifth or fourth. Chaque fleur a une voix – a piece previously named Le chant des roses – demonstrates beautifully that Bart Vanhecke’s early compositions are built up from emotion. Each of the five sections of the piece is preceded by a quotation from Le crépuscule des pensées and Sur les cimes du désespoir by E.M. Cioran: “Savons-nous entendre la mélodie secrète de chaque rose?”, “On dirait que les fleurs se sont arrachées les racines du coeur.”… The indications on the score are very precise, down to the flute fingerings. He explores the sound and playing possibilities of the instruments and expands them further by integrating live electronics. The resulting sound is a fascinating whole, partly also due to the steadily changing rhythms and arcs of tension. The same is true for Quand la lune meurt. This is an impressive piece with a rhythmically very virtuoso bass clarinet part that explores the boundaries of the instrument. The clearly perceptible presence of a large form within a composition is also important for Bart Vanhecke’s work. He creates motion by using dynamic contrasts, harmonic acceleration, and changing density and rhythms. The build-up and release of tension gives the listener a feeling of direction and increases attention.

Three of Bart Vanhecke’s compositions from the early period deviate somewhat from the principle of working around a central tone. Quintet for woodwinds (1994) is made up of various canons. Twee liederen (Two songs), for soprano and five instruments (1993) and Tout près de l’eau for mezzo-soprano and alto flute (1995), not coincidentally two compositions for voices, are both twelve-tone pieces. In these pieces many tone repetitions do occur but, more than in the other works, he writes different intervals than the second and seventh.

In 1997 a change took place in Bart Vanhecke’s style of composition. Starting from his search for the reason why one tone or tonal centre follows the other, he imposed a more restrictive composition process. He set up a series of 54 notes, built of cells of three tones, two of which are always a minor second from each other. This series and its transpositions are at the structural basis of all his later works. The rhythm also consists of rhythmic cells built up and/or connected to the tones of the series. Etoiles peintes for string trio (2000), for example, consists of 17 different rhythmic cells, each with 6 augmentations. Tones from the series are connected to these 102 rhythmic cells. This forms the “DNA-structure”, as it were, of the piece. The composer uses this as a point of departure, and creates the final result. The ornamental notes are also governed by rules, however. In Les racines du monde for piano (1998), a transposition of the series of 54 tones occurs twice. There are 9 different rhythmic cells, always distributed over 7 tones (54 divided by 9 is 6, but there is always an overlapping). The rhythmic values within the cell are built up according to the interval values of the 7 tones (if a minor second stands for a sixteenth, a major second stands for an eighth, etc.). Each rhythmic cell is transposed in smaller and larger values so that 12 transpositions arise from every cell. Every note is then connected to a rhythmic cell. In contrast to the previous piece, the octave position of every note is determined too, since the series consists of a rising line starting from the lowest note of the piano and ending with the highest. The coming together of both presentations of the series takes place following the proportions of the golden mean. The tones from 1 to 20 and their associated rhythmic values are presented first. Then a second block begins, in which the first series presentation continues with tones 21 to 33. At the same time, the second series starts with the tones from 20b to 1b and goes to the point of the golden mean then goes further with the tones from 21b to 33b. In the third block the first tone series goes from tone 34 to 41 and from 42 to 54 while the second series goes from tone 41b to 34b and from 42b to 54b. This structure also results in the composition having one rising line, beginning in the lowest register of the piano and ending in the highest. In the middle there is a enormous climax created by the greater density of the rhythmic values since the second series presents 33 tones and rhythms, as opposed to the first, which must only introduce 12 tones. The rising structure of the series and the inversion at the beginning of the second series also gives widely diverse tessituras in this central section. The only element not fixed in this piece is the entrances of the rhythmic cells. It is thus possible that the second rhythmic cell is heard before the first, but then Bart Vanhecke will have seen that the first note has first sounded like an embellishment. In Close my willing eyes, for three sopranos and ensemble (1999) the occurrence of every rhythmic cell has been strictly determined. This method is very labour-intensive and means that Bart Vanhecke’s music is very strictly determined down to the smallest details. In terms of their actual sound, these compositions are not so very different from his earlier works. A strictly atonal sound still prevails, as does the composer’s desire to ensure that the compositions sound good. This restrictive and regulated method gives Bart Vanhecke the feeling he is writing music with a sturdy structure, and a rational sequence of tones and rhythms.

The year 1997 was a turning point in Bart Vanhecke’s life, and not just for his compositional technique. After this year he turned his back on most of the contemporary music scene. The rather slow tempo of his creative process, along with his drive for independence brought about this shift. By no longer writing commissioned works, he has created the freedom for himself to give shape to his musical ideas. This way he owes nothing to anyone, and does not pay the price for depending on the demands of clients. Among his latest works, thus, are pieces with a nonconformist setting. Es träumte mir for six-voice male choir (1998) and Close my willing eyes for three sopranos and ensemble (1999) are examples. These pieces are preparation for an opera (for 3 women’s voices, 6 men’s voices and large ensemble). Interestingly, many of Bart Vanhecke’s late compositions have never been performed, nor does he make any efforts to have them performed. Bart Vanhecke wants to write what he hears in his head, refuses to give in to the laws of laziness and time, and thus is not afraid of labour-intensive compositions. The fact that financial means to bring such pieces to performance are lacking means that many of Bart Vanhecke’s compositions go directly from the desk to the closet. This makes his work no less interesting; they are creations that exist in silence. 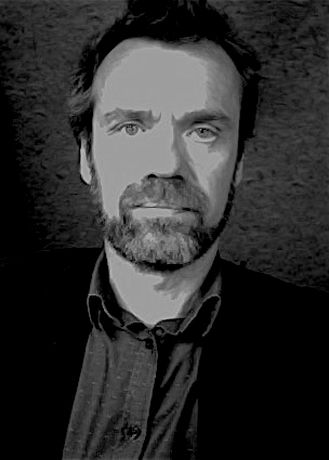