Jef Van Durme was born into a musical family in Kemzeke-Waas (East Flanders) on 7 May 1907. He received his first music lessons (in piano and solfège) from his father. During the First World War he also took lessons from the organist in Sint-Niklaas. In 1914, the Van Durme family moved to Antwerp, where Jef later began his studies at the Sint-Jan Berchmanscollege, in 1918. One year later he also enrolled at the Royal Flemish Conservatory in Antwerp. In 1923, he left the Sint-Jan Berchmanscollege. In that year he received his diploma in solfège (under Jan Broeckx). After harmony lessons from Lodewijk De Vocht and Edward Verheyen, he also earned his diploma in this discipline (1927). In 1928, Jef Van Durme completed his studies in keyboard (with De Vos and Lenaerts). He also studied counterpoint, fugue and orchestration with Flor Alpaerts.

After several successful performances of his compositions, the Antwerp Musicians’ Association awarded him the Fester Prize in 1929 for his Sonata for violin and piano. In 1931-32, Jef Van Durme set out in a more modern direction as a composer. In this period he studied for three months with Alban Berg in Vienna. Upon his return, he produced several important compositions. He was also active as a performing pianist and wrote articles for Radiopost. In 1935 he took a conducting course with Hermann Scherchen, who conducted his opera Remous in the Palais des Beaux Arts in Brussels in 1936. Van Durme’s work, Heldengedicht (Heroic Poem) won first prize at the International Festival for Contemporary Music in Prague (1935). From 1936 to 1944, he worked for the NIR (the Belgian broadcasting service) as a sound engineer. Van Durme received first prize for his Sinfonia da Camera in 1937 at the International Youth Competition held by the Philharmonic Society of Brussels.

After the war, Jef Van Durme wrote some forty compositions, one of which (the Second Ballade for orchestra) was performed at a festival in Philadelphia in 1952. In 1959, 1961-1962 and 1963, the Ministry of Dutch-language Culture gave him a working grant. On 28 January 1965, Jef Van Durme died in Brussels.

Jef Van Durme wrote 35 orchestral works (including two ballets), around 20 works for piano and an equal number of chamber-music works, 40 songs and 6 operas, as well as an oratorio and an organ fantasy. His reputation was that of the “first Flemish composer of the avant-garde” and “representative of expressionism in Flemish music”.

The lyrical and passionate Second Piano Trio (1929) was still fully in the Late-Romantic piano trio tradition. The symphonic poem, Beatrijs (1930) corresponds to the work of Richard Strauss both in terms of genre and idiom.

Although Van Durme composed his Heldengedicht in 1935, after his period of study with Alban Berg, the influence of his teacher is not perceptible in the work. This symphonic poem in one movement does not follow a literary programme, but rather is based on an abstract idea. It is built up out of one theme, developed in different ways.

The modern (“expressionistic”) elements in the composer’s opera Remous are the harmonic innovations and the content. The libretto (no great masterpiece) by Joseph Weterings is a psychological drama with the classic triangular relationship as its subject. Harmonically, this opera hovers between tonality and atonality. For the orchestration, the vocal techniques, the form and the treatment of motifs, Van Durme drew his inspiration from Wagner and the first operas by Strauss.

In 1936, Van Durme wrote an in memoriam for Alban Berg, his First Ballade for symphonic orchestra. The orchestration of this work is relatively traditional. The tonal harmony, pushed to the limit, efficiently supports the coherently constructed form of this sober and transparently written, through-composed work.

Both the scoring and the genre-heading of Van Durme’s First Sinfonia da camera (1937) refer to Schönberg’s Kammersymphonie, and possibly also to Berg’s Kammerkonzert. The instruments of the ensemble, treated as soloists, are powerfully and efficiently used. In this work, with its strong motivic organisation, the composer, like Schönberg, seems to be afraid of “empty space”: the contrapuntal writing is of the highest quality, with often exciting polyphonic developments that lead to major climaxes. In harmonic terms, there is a relatively free use of the originally tonal chords and chordal progressions.

The Fifth String Quartet (1953) is a strictly worked out composition, related to Berg’s Lyric Suite. It was in fact programmed next to string quartets by Krenek and Schönberg on its first performance. From this it is clear that this string quartet, like the lion’s share of Van Durme’s oeuvre, was considered to be expressionistic. 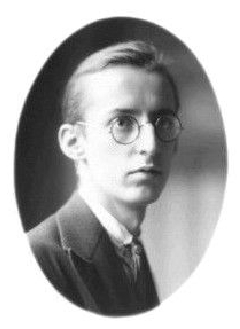