Geert Van der Straeten was born on 15 November 1962 in Hamme, East Flanders. He studied music at the Municipal Music Academy in Dendermonde, the Arts Secondary School in Ghent and then at the Lemmens Institute in Leuven, where he earned first prizes in solfège, harmony, counterpoint and fugue. He also received laureate diplomas in music education and compostion, and the meestergraad diploma in compostion with Luc Van Hove. At present, Van der Straeten teaches harmony, practical harmony and music analysis at the Lemmens Institute, and is a teacher of general music education at the Municipal Academy for Music and Word in Hoboken. He has written a number of works as commissions for the Lemmens Institute, the Rode Pomp, the Kempen Oratorio Society, the Kalison Brass Ensemble, the Corona Piano Trio and the publishers Plantyn, Euprint, Averbode and Musicerende Jeugd. In 2001 one of his compositions was selected as the compulsory work for the East Flanders provincial choral competition. In 2002 the Royal Academy for Dutch Linguistics and Literature awarded him the Karel Boury Prize for his songs on texts by Christina Guirlande. In 2002 as well, compositions and manuscripts by Geert Van der Straeten formed part of an exhibition of composers from Dendermonde, as part of the project “Dendermonde on the music staff”.

In his youth, Geert Van der Straeten lived next door to the writer Christina Guirlande. This writer brought Van der Straeten into contact with literature at an early age and she continues to be his favourite text writer today. Most of his song texts have been written by her, including both children’s songs and art songs. Van der Straeten’s works are divided into numbered and unnumbered compositions. He uses various compositional techniques, ranging from tonality to extended tonality to atonality – and this right from his earliest works. The choice of a particular technique is determined by the intended audience.

A substantial part of Van der Straeten’s compositions are children’s songs. These are usually conceived on a tonal basis. The melody is classically constructed, with clearly demarcated structures. The tessitura is limited and the voice leading is generally diatonic. The accompaniment provides a clear harmonic pattern and sometimes doubles the melody. Van der Straeten regularly adds a second voice ad libitum. Besides children’s songs, Van der Straeten has also composed much vocal music. He has arranged many existing songs and arias for voice and several instruments. Van der Straeten here shows a clear preference for the mezzo soprano voice. The choice of instruments often depends on the concrete siutation for which the arrangements were composed. For example, a series of Flemish songs (Hemelhuis (Skyhouse), Lied van mijn land (Song of my land)) is arranged for mezzo, string quartet and harp. The combination of voice with brass quintet is also found several times. In these arrangements, Van der Straeten always takes the mood and the style of the existing composition as his starting point.

A separate category of arrangements is formed by choral arrangements. The musical language here is generally tonal. The four voices are treated equally, within a functional harmony. The art song also has a prominent place in Van der Straeten’s oeuvre. As mentioned above, his favourite poet for these works is Christina Guirlande. The musical language of his art songs is clearly different from the children’s songs. Van der Straeten tends here towards an extended tonality. Nevertheless, the whole takes place within a tonal field in which one key tends to predominate. Zoals mijn liefde (Like my love, 1999) can be placed in the tonal field of g. The harmony is sometimes functional, but often mainly serves to create colour. On a rhythmic level, there are many changes of metre.

This same musical language is applied in a geat many of his instrumental works. Ardito for violin solo (1992) is remarkable for its highly precise notation. Nothing is left to chance. Time plays an importatnt role. Besides the normal tempo indications, Van der Straeten also specifies the length of the fermatas. Above each fermata the duration is indicated in seconds. There are also various accelerations and decelerations, indicated by signs included in an accompanying legend. Van der Straeten often uses a central cell that recurs in the course of the composition, sometimes subjected to mutations. This is also the case here: the combination g’ – a-flat’ – f-sharp’ – g’ is central.

The oratorio Rwanda holds a special place in Van der Straeten’s oeuvre. He himself considers the work his carte de visite. Rwanda consists of two cantatas, each of which forms a separate unity, while at the same time being conceived together. Van der Straeten himself gives a number of reasons for opting for a chamber orchestra, including the intimacy of the poems, and the rich individual colouring of the wind instruments, heard better in this context. The reciter has the role of a vocal soloist, next to the coloratura soprano, the mezzo, the tenor and the bass baritone. Van der Straeten uses the complete tessitura of the soloists, which often creates an unearthly atmosphere. In stylistic terms, this oratorio may be considered eclectic. Van der Straeten mixes tonal passages with hard-edged atonal sections, pentatonic harmonies and the old church modes. As so often, the style serves the expression: the reflective passages are relatively tonal, while the epic sections are closer to atonality. 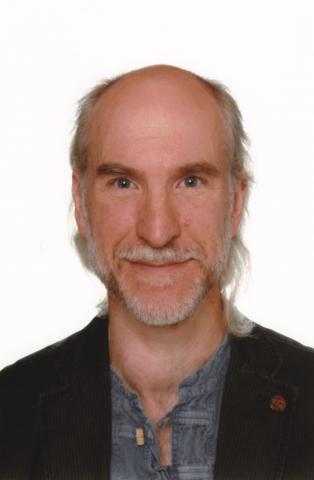