Werner Van Cleemput was born on 14 July 1930 in Sint-Niklaas. He studied at the music academy in his native city (among his teachers was Albert Delvaux) and at the Halewijn Society in Antwerp (music education and music for young people). Although took private lessons in theoretical subjects from a number of conservatory teachers, including Nini Bulterys, and studied composition with Karel Goeyvaerts at the Institute for Psycho-Acoustics and Electronic Music (IPEM) in Ghent, Van Cleemput is mainly self taught as a composer. He has composed since he was 16, but later destroyed around 20 of his early works. In 1972 he made his public debut as a composer by winning the August De Boeck Prize for a cantata for children’s choir and chamber orchestra. Since that time he has won such prizes as the Prize of the Province of Liege for Balletflitsen (1972), a ballet suite for symphonic orchestra, the Irène Fuerison Prize for his Suite for Pieter Bruegel (1974), and the SABAM Prize for his string quartet, Children’s Portraits (1976). Van Cleemput wrote the work D’Ar Penn Ar Bed (1975), a Breton suite for large wind orchestra, commissioned by the Belgian classical radio broadcaster (then BRT3). The work was premiered by the Muziekkapel van de Belgische Rijkswacht. He also wrote Suite voor Filip (1978) for wind ensemble, commissioned by the municipality of Hamme in connection with a commemoration of Filip De Pilecijn. Van Cleemput is a civil servant by profession but complements this career with a busy schedule as a musician. Besides his activities as a composer, he regularly participates in play-ins, together with Henk Van Lijnschooten. He also appears as a conductor and frequently publishes articles in wind-music periodicals. Van Cleemput is a member of the national Technical Commission of Fedekam (Flanders) and of the provincial Technical Commission of Fedekam (East Flanders). He is often called on for lectures, study evenings, round-table discussions and technical advice. In addition, he is a valued jury member at national and international band competitions.

Van Cleemput’s aesthetic situates him in the French sphere, with Ravel, Caplet and Debussy as his main influences. Besides the film music of William Walton, his main interest is the Medieval folksong with its accompanying modes and in particular the Phrygian mode. In the composer’s opinion, you enter automatically into modality when you avoid using the “naked” dominant seventh chord. He superimposes chords, leaving out the third and adding a fifth above the seventh, thus creating open fifths that create a modal effect. Examples of this approach can be found in Arachné (1982). The two themes in this composition are built on the letters of Arachné and Athena and thus form a diatonic motif. The work is based on the Phrygian mode with a very arresting f-b relation in the Athena motif.

The presence of a folk element is striking in many of Van Cleemput’s works. The folksong itself is a source of inspiration but the personal treatment of the form is more allied with the spiritual French style. In Petite Suite Provençale (1976), for instance, the folksong takes a central place, based as it is on folksongs from Provence. Les Rencontres de Saint-Flour (1980) is also based on French folksongs, this time from the Auvergne.

Music Hall (1973) was the first in a long series of compositions for wind orchestra. Van Cleemput has developed into a specialist in the genre and has thus become a permanent Flemish presence on the international band music scene. His compositions help fill the great need for concert works for amateur bands. An example of such works is Flandria Nostra (1982). The work is simple in style and draws on the Flemish folksong in terms of its aesthetics. It is not difficult technically but does require the players to have a solid control over their instruments. Van Cleemput’s Diatribe (1990) for fanfare band was commissioned by Fedekam Flanders. The composer saw in this work an opportunity to present the fanfare band as an ensemble with a genuine sound of its own and as an orchestra in the true sense, thus countering the notion that the “amateurish” fanfare band was not a real orchestra.

Besides band music, Werner Van Cleemput has also regularly composed for carillon. In Drie Canzoni (1973) he explores the melodic qualities of the carillon and in 3 Sonneries & 1 Bis (1973) he probes the resonance-effects of the carillon by way of the series of harmonics and subharmonics. Besides the prominent presence of chromatic elements, his predilection for the modes is again clear in his carillon works. In Dithyrambe, Branle en Double (1975), he arranges a Phrygian folksong. In connection with the World Carillon Conference in 1998, Van Cleemput wrote Orthodoxia (1998), on a commission from the Flemish Carillon Society.

Van Cleemput’s aim is to write high quality music for amateur orchestras, resulting in scores that are not always easy for the average amateur orchestra to play. All the parts are important and demand an orchestra with a serious approach to work as well as a readiness to accept a new and innovative overall sound. 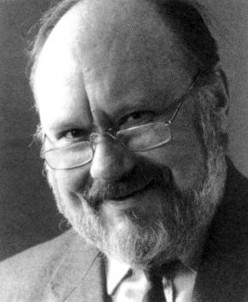