Pieter Schuermans was born in Wilrijk on 3 March 1970, receiving his musical education at the Lemmens Institute in Leuven, where his studies included composition lessons from Luc Van Hove. In 1995 he earned a first prize in composition. He also received first prizes for flute, double bass and chamber music. In 1998 he was selected to take part in a course organised by the Creative Dance Artists Trust in Wakefield (UK). The course included an intensive, interactive collaboration between eight choreographers and eight composers. In 2000 he received the Prize of the Province of Flemish Brabant for his composition Per flauto e chitarra (1999). His Composition for recorder quartet, percussion and juggler (2000) won the Tech-Art Prize. He wrote an essay on artistic interaction at the Orpheus Institute in Ghent, and founded the ensemble eaRis company for Looking through eardrums, the performance linked to his essay. As a double bass player, he played for several years with the Collegium Instrumentale Brugense. He also performs as a flute player in chamber music groups. At present, Schuermans teaches composition, ensemble playing and double bass at the Lemmens Institute. He also teaches flute, double bass and instrumental ensemble at the Music Academy in Tessenderlo.

Many of Schuermans’ works are based on the concept of interaction between music and movement. This concept of interaction first emerged at a young age in his parents’ living room, where together with his brother, a juggler, hesitant first attempts were made to blend music and movement into one unified whole. This was the beginning of a long collaboration, which continues today. Lively rhythmic organisation and an informal compositional style, in which artistic movement plays a role, are the parameters that characterise the compositions. Each composition develops its own logic, giving the work an organic structure. This spontaneous musical development is, however, preceded by a meticulous preparation of the music’s structure. In compositional terms, the musical component of each interactive work is different. Sometimes the composer interacts with the activity of the movement artist, while sometimes he is content with creating a traditional ragtime for piano, as an accompaniment completely subordinate to the movements of a juggler. Schuermans has also tried experiments with electronic music. By using sensors and the Doppler Effect, movement is transferred into sound. The sound is interpreted in various ways by the computer, thus creating various different musics. The compositional input consists partly of writing the necessary software and partly of deliberately using certain movement patterns which the movement artists can then perform.

Schuermans’ many years of experimentation with music and movement has developed into a complete synthesis of dance, circus and music. Schuermans is now involving the audience in this synthesis. The idea is to achieve a good level of communication between the performer and the audience. A certain degree of freedom is accorded to the performer in order to realise this idea. In Composition for recorder quartet, percussion and juggler (2000), Schuermans combines pure interaction between the disciplines of music, dance and juggling. In musical terms, he builds his composition on a basic motif, which is further developed through a number of techniques such as motif repetition, canonic entries with small melodic alterations, rhythmic shifts, alternating metres, homorhythms and polyrhythms. Fragments of complex rhythmic layering are in this work alternated with three static passages, in which the recorders play very rudimentary chords canonically and in a simple and generally homorhythmic scoring. In the static passages the percussionist and the juggler are given space to improvise completely freely with one another. In this way, the alternation between static passages and complex, rhythmically layered passages help to determine the form of the work.

In his instrumental works, Schuermans takes the same musical points of departure as in his works for music and movement. This is seen in works as early as his Per contrabasso e pianoforte (1996), a work involving interaction among the performers. The interaction results in the simultaneous layering of rhythms between the double bass and the piano, while at the same time a succession of short rhythmic blocks becomes perceptible.

Schuermans’s informal way of composing is in sharp contrast to a number of rational tendencies that have made themselves evident in music since 1950. He does not want to be pigeon-holed into a particular doctrinaire school of composers. Although as a young composer Schuermans was not yet able to avoid certain dogmatic musical tendencies, over time he has nonetheless been able to find his own way to free himself from such tendencies. In Rhapsody for violin and wind quintet (1993), a quasi-punctual writing style is in evidence, as every note is provided with separate parameters. Despite such minute attention, each note is to be seen functionally within the whole: the punctual style does not harm the larger form. In some parts of this work, complex rhythmic stratification of the parts, combined with tremolos performed at top speed, suggests the structure of a sound field, as found in the work of Ligeti. This work is another early example of an attempt to create the kind of lively rhythmic blocks that have since become characteristic of Schuermans’ works.

Besides the importance of rhythmic organisation, pitch organisation plays a central role in this composer’s work. Schuermans composes atonal music, but in so doing he applies the principle that not all twelve tones are of equal value. The idea of according the same value to each of the twelve tones seems to Schuermans a less than inspired notion. Instead, he creates a hierarchy in the pitch organisation. In compositional terms, this takes shape in the creation of a sound-field around a central note. In Per flauto e chitarra (1999), for example, such a process can be seen in the way the flute and the guitar continually reorient themselves around the note e. The other central principle in Per flauto e chitarra (after the organisation of rhythm and pitch) is the interaction between the two instruments. The work begins in a spirit of improvisation, as if the two instrumentalists were attuning their playing styles to one another. Schuermans does not shy away from using a wide variety of playing techniques on both instruments in order to arrive at his sound; these include the production of microtones in the flute part and a scordatura tuning for the guitar. The work is built from a number of overlapping movements. The movements differ from one another through their improvisatory character, the use of repetitive and forceful sound patterns in the guitar, a rhythmic complexity that in continually changing ways leads to a climax, and the use of asymmetrical metres. The final movement of the composition is characterised by the flute’s bamboo-like sound with quarter-tone gradations. The playing technique required of the guitar also produces sounds unfamiliar for this instrument. In purely auditory terms this invites comparison with John Cage’s work, Prepared Piano (1940). The use of an unconventional graphic notation in the flute part is yet another reference to a work by John Cage. In Cage’s Aria (1958), as in Schuerman’s Per flauto e chitarra (1999), the pitch is indicated with a drawn curve, a rough indication rather than a precise instruction.

Interaction is also the keyword in Concerto grosso for strings (2003). In this work, Schuermans’ use of the concerto grosso form recalls the Baroque period. In the third movement (Adagio antico) the composer creates interaction between the groups by giving the solo and tutti groups competing roles. A close-knit polyphonic texture is presented by the tutti group in the form of a model with written-out and varied repetitions. The model moves through the space in ascending minor-second steps. Schuermans thus combines an older form with a contemporary technique of sound-field shifts, an approach also found in Ligeti’s work. The solo sections are marked by rhythmic diminution, giving them a more virtuoso character. With its interaction between solo sections and tuttis, this work, too, breaks down into Schuermans’ characteristic complex rhythmic blocks towards the end, building the tension to a climax.

Another harking back to an older formal type is Con Variazioni (2004), a work commissioned by the contemporary music festival Transit in 2004. The title of this work refers to the form of the theme and variations. The twelve-tone theme is presented in a complex manner in the Introduction. The variations, in contrast, are more transparently conceived, and are presented in a number of different stylistic contexts. The associatively added new musical elements indicate an organically planned development. The separate movements are strongly contrasted with one another in terms of rhythm. The title of the work emphasises the fact that the rethinking of the opening theme is of secondary importance. The work is characterised by musical elements from different stylistic periods, ranging from Baroque counterpoint and a Romantic upsurge in the adagio movement, to a subtle instrumental elaboration of the sound in the form of a rising and falling glissando in the coda, a nod towards electronic music. 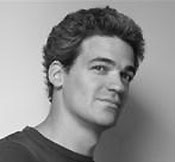