Filip Rathé was born in Oudenaarde on 21 November 1966. At the Royal Music Conservatory of Ghent, he obtained First Prizes for piano, chamber music and choir conducting. He pursued further studies as a conductor with László Heltay and Pierre Cao and obtained a master’s degree in art history/musicology at Ghent University with professor Herman Sabbe. He took a number of composition courses with Lucien Goethals and currently teaches music analysis, contemporary music repertoire and chamber music/ensemble at the Royal Conservatory of Ghent and music theory at the Royal Flemish Conservatory of Antwerp. From 1992 to 2001, Filip Rathé conducted the choir De Tweede Adem, specializing in performances of contemporary music. Since 1993, he has been the artistic director of the Spectra Ensemble. He has performed in Europe and South-America and realised numerous CD recordings and radio broadcasts. As a guest conductor, he has worked with the Flanders Symphony Orchestra, the Flemish Radio Choir, Collegium Instrumentale Brugense, Aquarius Ensemble, Hermes Ensemble and I Solisti del Vento. He also contributed to more than 150 CD recordings for several labels as a sound director. His received commissions from vocal ensemble Ex Tempore, Collegium Instrumentale Brugense, the TRANSIT Festival and November Music.

The work list of Filip Rathé is rather concise at this point. His first major composition was Thatagathagarbha (1990), commissioned by G. Penson for flute, violin and clarinet. This piece has proven to be of crucial importance for Rathé’s oeuvre. Thatagathagarbha is based on the biological cycles of the human being. People have a physical, emotional and intellectual cycle. Starting from a pitch series, he constructed a musical motif for each of these cycles. The so-called intellectual motif consists of seconds, the emotional motif of thirds, and the physical is built on fourths and fifths. This melodic motif also defines rhythm, depending on its position in the series. This procedure works in two directions. If the composer wants to create a rhythmical motif, the pitches (derived from this series) were automatically defined. These theoretical considerations merely served as a frame of reference during the composition process. At the beginning of the composition, only fifths and fourths occur, followed by seconds and thirds (along with their respective connotations). In this composition, and almost by accident, a chord arose that Filip Rathé has used in several compositions.

This chord is in fact a quite straightforward superposition of fifths (such as A – E – B – F – C – G). He uses this chord, which sounds strikingly diatonic, often as a harmonic foundation. In several compositions, he combines different transpositions of the same chord, as in the opening of his 2004 composition Cançãode vidro. In this piece, we can discern three layers: melody, chords, and the remnants of a canon. The lyrics are all about silence and no comprehensible text is ever pronounced. The text is purely phonetical (e.g. syllables such as “kala” evoke the sound of little stones in the waves). The opening sounds of this piece are just breathing noises. In fact, the use of noise is always lurking in the background in Rathé’s compositions.
The 1998 composition Canção do caminho is the first example where he uses the aforementioned chord systematically. It is at the same time the last piece in which he derives rhythmic patterns from a random series (still based on the fifth chord). This choral composition is set to a poem by a Brazilian writer. Here, the text is still used as a semantic text, unlike many of his later compositions where the voice is used for phonetic sounds (as in Cançãode vidro). What may have struck the reader by now is that all these titles have literary sources in Portuguese. Usually, and apart from Canção do caminho, the text is never intended to be understood, yet the poetry does define the form and content of the pieces (insofar this can be measured). The emotional discourse or narrative of the poem is translated into sound throughout the music.

O ultima poema: album de retratos para György Kurtág (2001) is a splendid example of how a poem can define the shape of the composition. The title reveals that this work is a tribute to György Kurtág, who is well-known for his series of homages in which he incorporates references to other compositions. Filip Rathé follows the same procedure here, taking as a cantus firmus for his composition a fragment from the violin concerto of György Ligeti. In addition to this quotation, we hear snippets from a canon by Ockeghem, references to Mahler’s first symphony and Das Lied von der Erde, Jobim (Bossanova), Goeyvaerts, Wagner (Tristan und Isolde) and Schönberg (Pierrot Lunaire). Even the famous rhythmic pulse from Debussy’s Des pas sur la neige is included. Using the word Album in the title is in itself a reference to K. Jobim. A remarkable feature of this composition is its ending on a solitary note E flat. Filip Rathé avoids this pitch throughout the composition and saves it for a fortissimo at the end, a true surprise. Lucien Goethals was the inspiration for this idea of deliberately saving one note for a specific purpose. Rathé applied the same principle in Por que la muerte es mentira (2005). Here, he uses all pitches except for the F#, which he saves for the end.

Similar to O ultima poema: album de retratos para, with its references to György Kurtág, Das Utopias (2002) for 17 solo strings makes extensive use of musical borrowing. This includes references to the beginning of the third act of Wagner’s Tristan und Isolde and even to Happy Birthday.

After his acquaintance with German composer Nicolaus A. Huber and ever since he has been fascinated with a personal introspective research, Filip Rathé has been drawn to the inner workings of the unconscious in music perception. What will remain after we reduce and purify everything in an effort to reach the essence of the primary (not bestial but rather basic) emotion? In his own words: “Let’s say that in my music (of course with the necessary formal and structural principles at the surface), I try to find the underlying forces that are guiding me (and perhaps us).” The perception of the listener is often at the centre of Rathé’s attention, and is also subject of his further research as a composer.

La velocidad de las tinieblas was the last composition he finished in 2005 (the date of this text), and was commissioned by the TRANSIT festival. Here, Filip Rathé started from a Portuguese poem by Leon Felipe (1884 – 1968), a poem which his mentor Lucien Goethals also admired a lot. The amplified voice starts with a typical funk rhythm. Later, we can discern an excellent application of his research in music perception. During the first 15 measures (which take about 2 minutes), a single F# is played. Other pitches are added gradually and when the F# disappears, it is a matter of how long this pitch remains present in our subconscious. By adding and removing instruments from the total sound, he alters the overtones. The ending of the piece is based on the inversion of the initial musical motive.

In his own idiomatic way, Filip Rathé realises different kinds of sounds that may appear to be rather unusual. Introspection is an essential feature of his music and aesthetics. 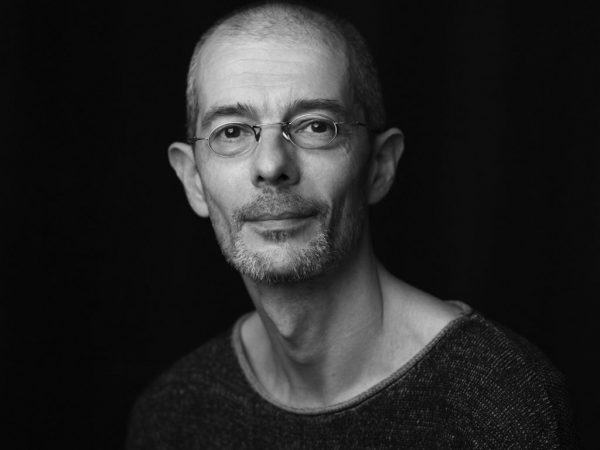