After basic studies in piano, violin and viola, Kris Oelbrandt graduated from the Royal Conservatory in Brussels in composition with Rafaël D’Haene. Over a number of years of orientation he began university studies in musicology (Katholieke Universiteit Leuven), then mathematics and computer science (RUCA, University of Antwerp), as well as piano with Jan Michiels, finally studying composition with Luc Van Hove. In 2001 he graduated in composition (cum laude) from the Muziekkapel Koningin Elisabeth. Besides his lessons with D’Haene and Van Hove, he has also studied with Willem Kersters and André Laporte. In 2001 he attended masterclasses with Pierre Bartholomée and Frédéric van Rossum. Only his opus 4, Movements for symphony orchestra has yet to be performed, since the bulk of Oelbrandt’s works written since 2000 have been commissions, all but ensuring their performances. His compositions have been performed by such artists as Nicolas Deletaille, ensemble Musiques Nouvelles and the Gaggini String Quartet. His piano trio Résonances was awarded the Dan Decadt first prize at the 2000 Muizelhuis concerts. On 15 May 2002, Kris Oelbrandt entered the strict Cistercian abbey of Maria Toevlucht in Zundert (the Netherlands).

The seventeen opus numbers that Kris Oelbrandt had to his name as of 2002 consist mainly of chamber-music works in very classic scorings in which string instruments and piano are prominent. Such scorings lend themselves best to the composer’s predilection for counterpoint, which is skilfully present in almost every bar of Oelbrandt’s oeuvre and also accords with his fascination for music theory. This fascination expresses itself not only in an interest for classical composition methods but also in the study of dodecaphony and typically twentieth-century methods of analysis, such as pitch class set theory. This background betrays his preference of absolute music, as well as his interest in pure sound, which has also led him to reflect on tonal systems. Oelbrandt thus continues to base his conception on tradition, a fact evident in his treatment of form. His contemporary musical language is sometimes smattered with remnants of typically classical forms but he always reconsiders the way that this material will be structured. There is a continual quest for a structure that is not simply forced to fit on to the material, but that allows the material to proceed from it. His opus 3, Broken Mirrors (1999) is perhaps an example of an over-zealous concern in this regard.

In Broken Mirrors, for clarinet, horn, bassoon, violin, viola and cello, the idea of mirror counterpoint is explored on both micro and macro levels. The work is divided into two movements (Rectus and Inversus), each of exactly 100 bars, where the inversion is not only the mirror image in terms of interval structure (i.e., every ascending movement becomes descending, and vice versa) but also in terms instrumentation. Thus, for example, Rectus begins with clarinet, while Inversus (bar 101) begins with cello, with the inversion in the clarinet part. Oelbrandt thus suggests a horizontal mirror between the third and the fourth staves of the score, so that in Inversus the voices take over each others’ parts in inversion proceeding from the outside to the inside (clarinet-cello, horn-viola, bassoon-violin). This is maintained up to and including bar 200, with no concession to the fact that the bass and soprano instruments must now play each other’s parts. The dynamic and agogic indications are sometimes adapted somewhat (but not much) in the transfer from Rectus to Inversus, but Oelbrandt’s radical working out of this idea is, for instance, evident in the attempt to even translate certain playing techniques from one instrument to another (for instance, a pizzicato in the viola becomes a muted note for the horn in Inversus). In such a radically speculative approach, it almost goes without saying that the first 100 bars develop from material in the first cell. This image, the first motif, is then broken into many small mirrors through continuous contrapuntal development.

Oelbrandt’s piano trio opus 5, Résonances (1999) presents a very different picture. As the title suggests, here the sound and the structure of the sound take the central place. The composer is here likely following through on experiments carried out in 1993 with an alternatively tuned keyboard (on the basis of the pure proportions of the fifth and the major third, respectively 3:2 and 5:4), where the overtones actually sound when the right pedal is depressed. The violin, cello and upper register of the piano seek resonances and thus give relief to the overtones of the long, held, generally low chords in the piano. Although the treatment of the instruments, with the exception of several glissandi, is fairly classic, this sensuous treatment of sound is in sharp contrast with the traditional counterpoint of Broken Mirrors. Oelbrandt here uses the sounding of the piano chords in order to arrive at a temporal organisation of his work: the harder a chord’s attack, the longer it resonates. On the basis of this principle, he builds up 16 Résonances, 16 piano attacks each with its succeeding Ausklang, a feature strongly reminiscent of the work of Helmut Lachenmann. The dynamic scale is coupled to the number of beats (with a metronome marking of 40) that the normal resonance lasts, but by increasing the tempo when the music becomes louder, Oelbrandt is able to keep the absolute duration of the different sequences more or less the same.

Oelbrandt displays another manner of structuring his music in his string quartet opus 12, Herinneringen aan het nu (Memories of the now, 2001), dedicated to Luc Van Hove. The first violin provides the whole plan for the quartet in an opening seven-bar incantation. This phrase consists of three segments, divided by a pause, and each segment provides the material for the three large sections that are discernible in the quartet. This material is not only melodically and motivically developed but also gains a harmonic relevance through the separate entries.
Oelbrandt naturally ensures that the three sections of the incantation have a strong mutual relation, guaranteeing the unity between the segments in the quartet. The memory of the incantation, the emblem of this composition, is further expressed in a very introverted writing style: many long, cautious notes with a restrained dynamic that rarely goes beyond mezzo-forte.

Much more classic in its conception is the Chamber concerto opus 8 for cello and string orchestra. This work consists of three movements (fast – slow – fast), in which the relation between the orchestra and the soloist is realised in three different ways. The string orchestra with its 15 instruments is ambiguously conceived in the first movement. The five groups of instruments act as one homorhythmic concertante part but are internally highly diverse, allowing the possibility of hearing 5 or 15 voices. By forming increasingly larger phrases out of a single small cell, the cello gets off to an erratic start. One constant is the alternation between very large intervals with the very smallest, the minor second. This leads to a rubato passage for the soloist, comparable with the solo-cello work, Dialogues opus 6, or the solos in Micrologica 2 opus 10. This solo is followed by the adagio in which the cello, the only lyrical part, is accompanied by the orchestra, which although still highly diversified now consists of all the instrumental groups playing homorhythmically rather than concertante. The rhythmic values in the orchestra are fairly simple but continually undermine the metre by emphasising mainly the weak beats of the bar. Towards the end of this slow movement, the texture thins our to five solo voices, in preparation for the presto. This concluding section is more “lightly” conceived than the previous fast movement, as Oelbrandt structures it in aba form with a more transparent harmony, since the instrument groups are no longer so diversified. Both outer movements have an infectious dancing rhythm in triplet rhythm (alternating 12/16 and 9/16) with unbroken chains of semiquavers slurred in threes.

Other than his Drie bewerking van kerstliederen (Three Christmas carol arrangements, 2001), Oelbrandt’s vocal music to date is limited to Twee Liederen opus 17 for soprano and piano (2002). These are through-composed songs on sacred texts by the composer himself. In the first song, Hoop (Hope), he is able to integrate rhythmic ostinato figures that render the texture somewhat simpler than in much of his absolute music, without however reducing the piano to a purely accompanying part. Oelbrandt’s style is recognisable in the somewhat programmatic textual treatment of the second song, Monnik (Monk). The left and right hands of the piano come together in a continuously repeated ostinato motif. This may be a reference to the “folded hands” so often mentioned in the text; or is it perhaps a foreshadowing and preparation for the composer’s own entry into the contemplative life? 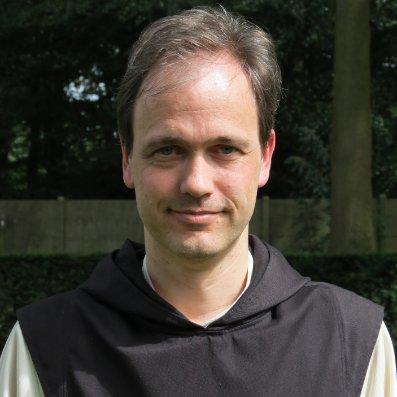