Gaston Nuyts was born on 26 March 1922 in Deurne. Starting in 1943 he produced an almost unbroken series of arrangements of original compositions, both for small ensembles and for symphonic orchestra. From 1971 to 1987 he taught recording engineering at the Royal Conservatory in Brussels. He often served as a jury member for competitions both in Belgium and abroad. Gaston Nuyts conducted many concerts and studio recordings for radio, television and theatre (KNS Antwerp, KVS Brussels, Alhambra Brussels, Carré Amsterdam). In 1965 as a conductor he accompanied Lize Marke at the Eurovision Song Festival with the entry Als het weer lente is by Jef van den Berg. Nuyts worked for the Belgian public broadcasting corporation (NIR and later BRT) until 1983, and also conducted for other national broadcaster corporations including the NOS (the Netherlands) and the BBC. In 1955 he became a commission member of Sabam (artists’ union), subsequently becoming a member of its board (1969) and then chief administrator (1990). Until 2001 he was chairman of Uradex, an association for performance rights, and was music advisor for the Province of Antwerp until 1993. A number of Nuyts’s compositions have won prizes. In 1961 he received a television Oscar for the program Wereldmelodieën. The television program Deep River won the Bert Leysen Prize. In 1966 he received the Franz Andelhof Prize from Sabam for his folksong arrangements. Nuyts was also awarded the Province of Antwerp composition prize in 1976 for his chamber music work Bi-Triptychon for flute, violin, bassoon and harpsichord. In 2005, finally, he won the European choral composition prize Die goldene Stimmgabel from AGEC for the a capella choral work Canticum Canticorum Salomonis.

A large portion of Gaston Nuyts’s oeuvre can be described as sound craftsmanship with a functional purpose and driven by an idealistic intention to reintroduce to the people the familiar songs they had sung for generations. To this end, Nuyts applied his talents intensively in making countless arrangements of Flemish folksongs and sacred song. These compositions were often performed by choirs or ensembles and have become a regular fixture at the Flemish National Song Festival. Vlaamse fantasie op oude volkswijsjes (Flemish fantasy on old folk tunes, no date) is an example of an arrangement for brass quintet (2 trumpets, horn, trombone and tuba): a vertical style is adopted, with an emphasis on chord progressions, alternated with quick fugal motives. Nuyts takes a different approach from the traditional harmonisation typical of folksong, enriching the harmony in an original way and thus giving these songs an extra dimension.

Beside his arrangements of folksongs and medleys, Nuyts has written countless compositions for chamber music ensemble, often the result of a commission. Nuyts aims for a very specific timbre, allowing the particular qualities and colours of each instrument to shine through. In other words, he writes very idiomatically for each instrument, which results in a very full and dense sound. Nuyts’s compositions are often very challenging for the player, requiring a high level of technical ability. Saxioma (no date), a sort of concerto grosso for saxophone sextet, accompanied by saxophone orchestra, consists of three movements. The first movement, Axioma, is dominated by a basic motive that is explored throughout this whole movement and is alternated with a fugal element. This basic motive is accompanied either by syncopated chords or a more melodic element. The second movement, Melopee, is slow and introverted, with a strongly lyrical character. It begins with a tutti passage that is very melodic and is interrupted by an expressive intervention of the soloistic sextet, finally returning to the tutti passage, giving it the structure of a small tripartite song, as it were. The third movement, Azymuth, begins with an energetic, rhythmic motive, followed by a lyrically rising line. This movement ends with a virtuoso coda in the sextet above a static blanket of sound in the orchestra.

Movement for 5 brass (no date) for two trumpets, horn, trombone and tuba incorporates in its title the names of the five movements of the work, a form of wordplay that deliberately creates confusion. The first movement, Move, is very energetic and rhythmic, and is highly virtuosic in conception. Chordal passages are alternated with fugal elements. This continuous flow of energy is abruptly interrupted both stylistically and dynamically with a blanket of sound in the piano. After this interlude, the movement ends as it began, with a constant, rhythmic pulse. In the second movement, Moments, a lyrical melody is initiated by the horn and then taken over by the trumpet. A chordal accompaniment starts off by supporting this melody but subsequently transforms into percussive effects. This movement ends majestically in a forte with widely spaced chords. The third movement, somewhat confusingly entitled Fo(u)r, opens with an energetic and subtle alternation between high and low brass, out of which there flows a driving theme, first in the trumpet and then in the trombone. This theme is rhythmically accompanied by an ostinato bass. The second section of this movement consists of a falling and rising chordal progression, regularly alternated with a short lyrical tritone motive in the tuba. After several brilliant forte outbursts, the movement ends with the head motive. In the fourth movement, Five, a slow opening is followed by an unfolding ostinato accompaniment, above which an expansive melody develops in the first trumpet. This melody builds up into a fanfare motive which, once it has reached its climax, subsides back into a new lyrical phase in the first trumpet, accompanied homophonically. The fifth movement, Brass, opens with a heroic motive and then changes immediately to extremely fast and rhythmic passage work, striking for its energy and dynamism. This passage work is interrupted by glissandi effects in the trombone and the horn. Just before the end of this work, Nuyts creates a strong sense of contrast by suddenly integrating a soft passage that just as suddenly changes back to forte. The composer’s tonal language tends towards a expanding tonality; in this sense Nuyts takes his place among more traditional composers, while at the same time not categorically rejecting more modern tendencies and original invention.

Gaston Nuyts has also devoted himself wholeheartedly to music for the theatre and children’s musicals, including collaborations with René Swartenbroekx and Josée Fleurackers. These compositions closely follow the sense of the text and are completely focussed on the action that they accompany. 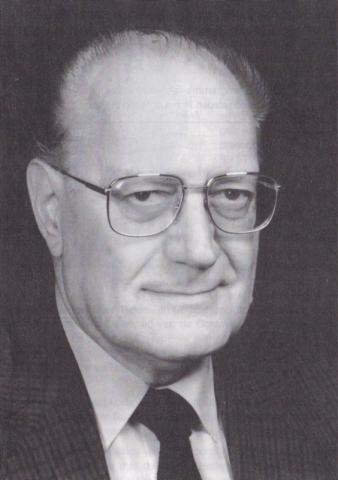