Wim Mertens was born in Neerpelt in 1953. He took guitar and piano lessons, but did not complete his studies at the music academy. Mertens studied political and social sciences at the Katholieke Universiteit Leuven and musicology at the Rijksuniversiteit Gent. At the university in Leuven he produced a major paper examining the avant-garde of the 1950s and 1960s from a sociological perspective. His major paper at the university in Ghent dealt with the non-narrative and a-teleological aspects of the American minimalist composers. Wim Mertens worked for a time as a producer for Studio Brussel (youth broadcaster) and also as a freelance music journalist for the weekly magazine Knack. In 1980 he wrote De Amerikaanse Repetitieve Muziek (American Repetitive Music). In this book Mertens discusses compositions by La Monte Young, Terry Riley, Steve Reich and Philip Glass, representing repetitive music as a logical step in the evolution of twentieth-century art music. From 1980 Mertens began to record his own compositions. For the performance of his own work he founded the ensemble Soft Verdict in 1981. He has taken part in festivals of new music in New York (1979), San Fransisco (1981) and Chicago (1982). To date he has produced some 40 CDs on the label Les Disques de Crépuscule. Mertens is a multi-talented composer whose output includes theatre music, soundtracks and many jingles for radio and television. He refuses to publish or distribute his scores in any way (for the time being). His music can thus only be heard live or on CD. This reflects the composer’s wish to put an emphasis on the sound and not on the written document or reproductions other than recordings.

From 1980 to about 1986, Mertens was greatly influenced by minimal music. During this period the composer produced short works based on terse basic material that is repeated in a compelling way and linked to striking melodies. Examples of this minimalist early phase include For amusement only (1980), in which the sound of pinball machines is electronically manipulated, At home – Not at home (1981), Vergessen (1982) and Maximizing the audience (1984).

Although Wim Mertens wrote only works for ensemble prior to 1986, after this point he began to compose solo works as well, starting with A man of no fortune, with a name to come (1986). The composer performed these solo works himself, singing a nonsensical language in falsetto and accompanying himself on the piano or the guitar. From around 1986 he began to make less explicit use of minimal music for these solo works. Mertens’ music outgrew the limitations of the short format and his musical language became more personal. Compositions such as Educes me (1987) and Motives for writing (1989) sound less fragmentary since the repeated basic material of these works no longer consists of concise motifs but of relatively long musical phrases.

Starting around 1990, Wim Mertens’ projects began to take on more epic proportions. Characteristic of this development are the four cycles: Alle dinghe (All things, 1991), Gave van niets (Gift of nothing, 1994), Kere weerom (Turn back, 1999) and Aren lezen (Reading ares, 2001). Although essential to his whole oeuvre, these cycles are less well known by the wider audience than his solo works or compositions for ensemble. A possible explanation for this apparent contradiction can be found in the reduced circulation, the lower grade of accessibility or the enormous magnitude of the cycles.

Wim Mertens is a musical outsider and difficult to pigeon-hole. His music appears strikingly simple. The sound pattern is predominantly consonant and tonal. Classical forms (ABACA) and techniques (cantus firmus) prevail. Playing techniques remain traditional. The overarching tactus of a piece remains constant, but within this fixed time-frame Mertens attempts to reconcile binary and ternary metres. With its frequent lack of a complex character, his music is often associated with the “New Simplicity” (Nieuwe Eenvoud). This label comprises a looser style that is “clean”, streamlined and palatable, partly through its use of the consonance and frequent repetition of minimal music. Mertens himself, however, has stated from the beginning that he never set out to produce new music. In this sense he is a postmodernist: the formal plan of his music is Classical, but the expression is Romantic. Mertens’ counterpoint, which often conflicts with the academic rules, has an almost Medieval feel because of the strict linear progression of its voices, but the drive in some works is in turn more reminiscent of Baroque basso continuo. However, even the label of postmodernist is too narrow for Mertens. His music can best be situated in the oral tradition that has existed since people first started expressing themselves in sound; he has found his most famous (Western) examples in the Homer’s Iliad and Odyssey. For Wim Mertens, music must always grow out of song. He is a storyteller filled with universal “improvisations réfléchies” and his medium just happens to be music (Dierickx, 1999). Mertens’ piano and singing style is very unorthodox, but at the same time expressive and recognisable. His CDs are multitrack-recorded and sound anything but classical. Mertens prefers to perform in theatres than in classic concert halls, and he uses amplification in his concerts. In his composition for ensemble he tends towards homogeneous groupings: examples of this include his Al (Everything) from Alle dinghe for 8 violins, 2 cellos and double bass (1991), Begerige deel (Passionate movement) from Aren lezen for five harps (2001), and Letter of intent from Kere weerom for 3 clarinets, 4 bass clarinets and contrabass clarinet (1999). Mertens takes the titles of his compositions from existing literature (Hemingway, Pound…) but never footnotes these quotations. His music refers not to itself, but stands for something else. The essence of that something else is never rationally filled in. Mertens’ oeuvre should be seen as one organic whole: previous material is continually re-used and placed in a different context. A complete work is sometimes even recycled as the cantus firmus of a new piece. 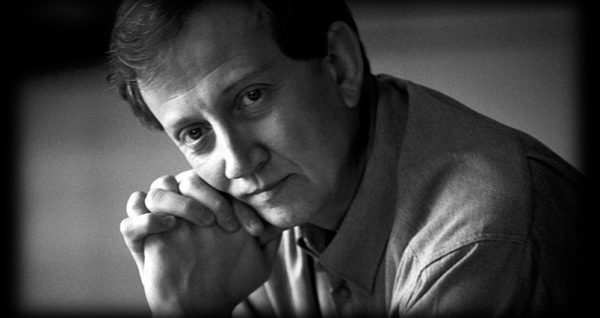