Yves Knockaert was born on 11 April 1954 in Bruges. He studied Art History and Archeology with an option in Musicology at the Rijksuniversiteit Gent, graduating in 1976 after writing a licenciate thesis on Aspects of Contemporary Vocal Music in Works by Berio, Kagel and Nono. In parallel with his studies in Musicology he studied solfège and harmony at the Royal Conservatory in Ghent, where he earned first prizes in 1972, and 1978. In 1980, Knockaert earned a second prize in counterpoint at the Royal Conservatory in Brussels.

As a composer he took courses in contemporary music and analysis with Iannis Xenakis (Lille, 1980), Mauricio Kagel (Aix-en-Provence, 1981), Franco Donatoni, Brian Ferneyhough and Hans Werner Henze (Siena, 1982) and Luciano Berio (Aix-en-Provence, 1983). Yves Knockaert was active as a composer in the 1980s, writing his last works in 1989. Because of his musicological activities since 1990, he has set aside composition for a undetermined period.

At present Knockaert is a teacher of music history, music aesthetics and twentieth-century music at the Lemmens Institute in Leuven. He has been a member of the artistic committee of the Orpheus Institute since its inception in 1997 and a guest teacher in contemporary music at the department of Audiovisual and Visual Arts at the Karel de Grote-Hogeschool in Antwerp. Since 2001, this musicologist has taught music history at the Muziekkapel Koningin Elisabeth. Since 1990 he has produced a number of radio series on twentieth-century music and given lectures for numerous cultural organisations in Flanders. Knockaert is also a contributor to various cultural periodicals such as Contra., Adem and ProScenio and he frequently publishes in book form. His book Wendingen, Muziek en filosofie in postmodern perspectief (Changes of course, Music and philosophy in a postmodern perspective) was published in 1997, and his 1998 collaboration with Mark Delaere and Herman Sabbe resulted in the book Nieuwe Muziek in Vlaanderen.

Knockaert’s ten years of composition reveal a steady evolution towards a reduction in compositional means, a practice strongly reminiscent of the tendency of the New York artists in the 1960s. In the United States, visual artists in that period created cyclical and repetitive structures out of simple elements such as lines and points. This minimal art, which strived to limit information to a minimum through constant levelling and repetition, was paralleled by the rise of minimal music. This approach led to sound processes with a limited number of rhythmic and melodic patterns, creating subtle phase shifts. One of the unorthodox representatives of minimal music was Morton Feldman, from whom Knockaert almost certainly borrowed ideas for his music. Besides abstraction, colour is an important ingredient in his works. Knockaert transforms melodic and rhythmic cells in order to create colour shifts. In addition, his works also display a certain use of chromaticism, both melodically and harmonically. The composer sometimes calls for explicitly chromatic clusters or sound fields. Knockaert’s contacts with the Greek composer Iannis Xenakis are evident in this chromatic sound world; however, there appear to be no stochastic processes in the treatment of the sound material. 987 – Reduction I for flute, oboe, clarinet and piano (1984) sets out – the title Reduction speaks for itself – from the idea of literally reducing the possibilities available to the composer.

Yves Knockaert experiences this as the restriction of compositional freedom. A glance at the overall look of the score suggests the work of Xenakis: the superimposition of different rhythms in the different voices, chromatic clusters, the lack of bar lines in certain passages, with dotted lines here and there in order to create some sense of orientation points, the use of glissandi, both prescribed in the score and indirectly produced through chromatically rising and falling lines. The superimposition of randomly rising and falling lines in accelerando and ritardando create a sort of sound web, typically found in Xenakis’s music. The beginning of the composition is characterised by chaos, with such traits as diversity of rhythm, sometimes horizontal, sometimes vertical, and chromatic clusters; but by the end of the work, the simplification of the rhythmic and chromatic chaos has become very clear. In this sense, the “reduction” in this work should be conceived as a process leading from chaos to simplicity, by reducing the multiplicity of rhythms such as syncopations, proportional rhythms, minims, crotchets, quavers and semiquavers to a repetition of quavers in all voices at the end of the work. The use of the same chromatic motifs in different combinations also limits the possibilities of the melodic material, compared with the beginning of the composition. Even so, Knockaert continues to seek variety within this reduced material.

Shortly after writing Reduction I, Knockaert composed Louis in Noland (1984-1985). The title of this work for recorder quintet was suggested by the names of two well-known American abstract expressionist painters, Morris Louis (1912-1962) and Kenneth Noland (°1924). In particular, Knockaert’s sources of inspiration were “Targets” by Noland and the abstract lines of paint on a white canvas by Louis. The latter artist developed a completely new painting technique in the 1960s: the paintbrush became superfluous, as the artist instead applied liquid acrylic paint directly to the canvas, allowing the paint to flow on its own over the surface. The artist called the result – coloured, aerodynamic stripes – “veils” of colour. Kenneth Noland’s Targets (1956-1962) consisted of concentric circles in various colours painted in the middle of a square canvas. They form a framework of relations between colours. Central to this work is the way abstract geometric figures create an effect of “petrified pulsation”. Knockaert transfers this effect to his music through the repetitive structure of abstract figures – in this case, circles. The composition is dominated by short motifs with a strong sense of purpose and direction. These short motifs derive their direction from the generally diatonic-chromatic lines. In specific terms, Knockaert bases his whole composition on the motif in the first and second recorders at the beginning of the work. This constellation undergoes transformations through changes in rhythm, intervals, homophonic/homorhythmic or contrapuntal treatment and through the application of glissandi to the motif. The opening motif is in effect varied, creating nuances in the colour of the motif. Noland could not have painted it better: a cyclical shifting of different coloured circles on a canvas; movement and no movement.

Knockaert composed Muziek voor de gele zaal (Music for the yellow hall, 1988) in collaboration with painter Karel De Meester. This composition consists of a number of short pieces that are repeated with variations but in the same order. There is also varied repetition within each separate section, in a manner highly typical of Knockaert: transposition and subtle variations through the application of alteration signs which change the interval-constellations, the imitation/counterpoint and the shifting of a rhythmic cell in succeeding bars. The result: economic use of musical material. On a macro-level, too, Knockaert applies the variation technique, in this case through the trading of voices, the increase and decrease of the density and through the diminutio or augmentatio of the example-composition. Knockaert describes this process of colour shifting through subtle applications in the repetition of a section as “minimalist Feldman-colours”.

Knockaert has published a lot of his musicological research. A link to his publications in the KU Leuven catalogue can be found here. 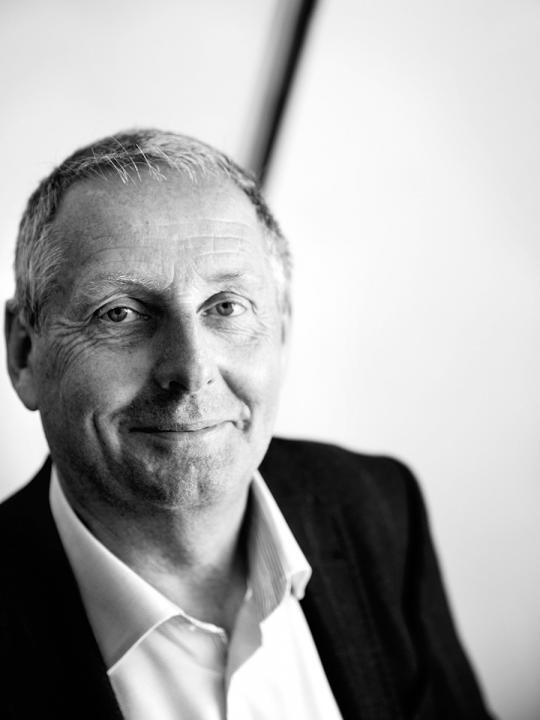