Ludo Hulshagen was born on 2 June 1951 in Hasselt. He studied Latin and Greek at the Amandina College in Herk-de-Stad. In 1969 he began his post-secondary music studies at the Royal Conservatory in Antwerp. There he earned first prizes in solfège, written harmony, practical harmony, counterpoint, fugue, music analysis and the study of form. He studied composition with Willem Kersters, under whom he graduated in 1984. From 1971, besides his studies, Hulshagen began to teach solfège at the Tienen Music Academy. Some time later he became a teacher of harmony at the Hasselt Conservatory for Music, Word and Dance. From 1976 to 1991, he worked as a harmony teacher at the Royal Conservatory in Antwerp, and in 1983 became the director of the Tienen Music Academy. He held this post until 1987, when he became director of the music academy in Hasselt. In 1987, he received the Cantabile Prize for his Invention for piano. Dexia Bank awarded him 3 composition commissions for the renowned National Competition for Music and Word, Axion Classics, and in 2002 he wrote A Symphonic Exploration, a commission from the Flemish Radio Orchestra.

At the beginning of his career as a composer, Ludo Hulshagen was greatly influenced by the work of his mentor, Willem Kersters. The music of Béla Bartók and Paul Hindemith also left its mark on his compositions. He would consequently make the choice to abandon tonality and begin to write in a free-atonal idiom. Unlike his admired examples, he does not use a specific system of tonal organisation. His aim is to create a particular mood through carefully chosen harmonies, usually without involving an explicit programme. He considers a strictly applied tonal system to be a limitation to this approach. Despite avoiding tonal chords and progressions, Hulshagen’s music has a relatively consonant character. He achieves this by distributing dissonant harmonies, and even, not infrequently, clusters within a contracted range, over one or more octaves. A good example of this procedure is offered by his first large-scale chamber-music work, the String Quartet in three movements (1976). Among the traces of Bartók’s influence here are the regular use of ostinato and the harmonic language.

Hulshagen’s style may be termed expressionist in his early works, although Romantic elements remain present. This is especially clear in works with orchestral accompaniment, such as the Symphony no. 1 (1978) and Musica pro iuventute ad iuventutem (1985), in both of which works he calls for various kinds of Romantic tremolos in the strings. One of the most important characteristics of Hulshagen’s music is the abundant use of counterpoint, which is a result of his composition training at the conservatory in Antwerp and his great admiration for the music of Johann Sebastian Bach. The smaller scorings and piano works, which make up the lion’s share of his oeuvre, are ideal vehicles for the contrapuntal development of themes and motifs, leading to a great economy in the material employed. He compares this manner of composing with classical Latin literature, in which pithy formulations often have a subtle and rich meaning. His Invention for piano is highly contrapuntal in conception, thus recalling the Inventions by Bach. Hulshagen’s love of literature and in particular poetry finds its expression in a series of songs for choir, vocal ensemble or voice with piano accompaniment. He usually chooses texts by Limburg poets such as Pieter Geert Buckinx, Bertus Aafjes and Boudewijn Knevels. Particularly worthy of mention is the song cycle Droomvuur (Dreamfire, 1997) for tenor and piano, on texts by Buckinx.

Over the course of the 1990s, a stylistic evolution took place in the work of Ludo Hulshagen, as his style became more transparent and his musical material was worked out with ever greater economy. Hulshagen set out to write more ‘for the ears of the audience’, leading to the use of more tonal elements. These simplifications are clearly evident in the Piano Quartet (1995), in which he employs a strongly homophonic style without complex chords and rhythms, and in the instrumental ‘interludes’ for the Virga Jesse liturgical drama held in Hasselt in 2003. This ‘more tonal’ writing is no doubt related to his work as a teacher and director at the music academies of Tienen and Hasselt. At both institutions he has regularly provided didactic pieces and compulsory works for public exams. His oeuvre includes several larger works intended for performance by and for young people. Among these works is Musica pro iuventute ad iuventutem, written in 1985 for the Limburg Youth Orchestra, and the children’s cantata De Tijd (2000) for soprano, children’s choir and piano, on a text by Boudewijn Knevels.

Recordings are available at request from the composer.

Euprint (Heverlee, BE)
DMP (Antwerp, BE) 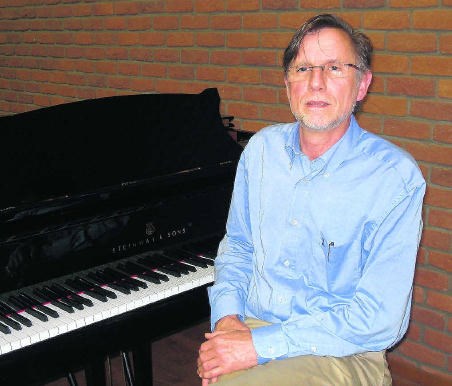