Wim Henderickx studied composition and percussion at the Royal Conservatoire of Antwerp (BE). He took part in the ‘Internationale Ferienkurse für Neue Musik’ in Darmstadt and attended sonology classes at Ircam in Paris and at the Conservatory of Music in The Hague. His scores are published by Norsk Musikforlag in Oslo. He teaches composition at the Conservatoires of Music in Antwerp and Amsterdam and is also the main teacher of the Summer Composition Course SoundMine for young composers. His oeuvre includes chamber music, opera and symphonic work and he was awarded for his work in Belgium and abroad. With Mysterium for ten wind instruments he won the International Composition Price Flanders-Québec in 1993. Since 1996 Henderickx is Composer in Residence for Muziektheater Transparant and in 2013 he joined the Royal Flemish Philharmonic (deFilharmonie) as Artist in Residence. Following a trip in India and Nepal he wrote the Tantric Cycle (2004-2010), seven compositions with the Orient as a source of inspiration. Wim Henderickx was commissioned to write Canzone for voice and piano for the semi-finals of the 2008 Queen Elisabeth International Music Competition in Brussels. For the Orchestre National de Belgique he composed Symphony No.1, with premieres in Belgium and abroad by various orchestras. Visioni ed Estasi for mixed choirs and electronics premiered at the Flanders Festival Mechelen for TENSO Days 2015, with 200 singers conducted by James Wood. With HERMESensemble he produced the CDs Disappearing in Light and Triptych. The Royal Flemish Philharmonic recorded most of his orchestral works, the 3 Ragas were released in 1999, Tejas & other orchestral works in 2011 and a new double CD was released in March 2016 with Symphony No.1, Groove!! and the two versions of Empty Mind I.

The music of Wim Henderickx finds its inspiration mainly in non-European cultures. His predilection for Eastern thought led early on to a great interest in Indian music. He is also fascinated by African music. His works are by no means a pure imitation of such music, however. Henderickx does not favour the word “multicultural”, seeing as inappropriate any kind of miscellaneous mix of different cultures under the label of “multiculturalism”. He prefers the term “intercultural”: “Every culture must be able to maintain its own identity, so that we can learn from one another in a respectful way.” Henderickx thus remains a Westerner who often draws on non-Western sources of inspiration. In this sense Wim Henderickx may be seen somewhat in the line of (the late) György Ligeti, with whom he shares other characteristics as well, including a preference for subtly shifting clouds of sound and highly rhythmic passages with a mechanical precision. Like Ligeti, Hendrickx occasionally draws on extra-musical ideas as sources of inspiration (such as, for instance, the Inferno triptych by Hieronymus Bosch, used for his Le Visione de Paura of 1990 and for his The Seven Chakras from 2004), and he is quick to point out the influence of other Western composers on his work, although there is no question of direct imitation. During the process of composing, Henderickx distances himself from all these models. As a percussionist he was, not surprisingly, attracted early on to the music of Igor Stravinsky and Béla Bartok. He is similar to Bartok not only in his love of the rhythmic element in music, but also in that composer’s strict sense of structure, a quality which was only strengthened by his confrontation with the work of Iannis Xenakis. He also admires Olivier Messiaen’s highly differentiated sound-palette and tendency towards the meditative. Indeed, for Henderickx, music is a means of arriving at a Western form of meditation.

Henderickx is a virtuoso orchestrator, with a strong feel for the most subtle combinations of timbre. As a percussionist he usually makes use of an extended arsenal of percussion instruments in his works, often calling for unusual instrumentation. His Raga III, for instance, requires various cymbals, tubular bells, Japanese temple bells, Thai gongs and roto-toms, while Raga I includes a major percussion section featuring the Japanese dobachi and hyoshigi, Indian bells, Pekinese gongs, finger cymbals and crotala (castanets), as well as African drums and European percussion instruments. In terms of form, his compositions are usually simple and clear, and are often generated from a growth principle. Starting in 1989-90, Eastern influences are increasingly found in Henderickx’s work. Different elements refer to Eastern music, as, for example, in Raga III with its Indian turns of phrase in the viola part and its use of micro-intervals and quarter-tone trills recalling the Indian division of the scale in shruti. The Indian modes are applied not only horizontally but also vertically in the construction of chords, creating a strong sense of unity. In Om for string quartet, there is a clear reference to the monotone Buddhist form of prayer, as use is made of c-sharp as a tonal centre. Despite the Eastern mood, the general sound remains thoroughly Western. Henderickx’s work is marked by a rapid musical evolution in combination with a strong rhythmic basis, both of which are clear characteristics of Western music.

In the opera The Triumph of Spirit over Matter, which Henderickx composed in collaboration with librettist Johan Thielemans, profound questions are wrapped in a light-footed allegory. This “opera buffa” combines a comic element with the treatment of heavier themes such as the quest for meaning, purity and beauty. In this music, driving, rhythmic motives set up a continuous feeling of liveliness. The rattling, rousing percussion parts betray the composer’s background as a percussionist as well as his predilection for Stravinsky. In this work, Henderickx departs from his oriental path for the first time in many years. The extremely virtuoso orchestration is immediately striking, which together with the highly recognisable motives and a few jazzy and pop-like passages give the opera Schwung. Despite the fact that different moods follow upon one another in quick succession, the music maintains its sense of coherence.

Vocal: Dawn for mezzo soprana, choir and ensemble (1992); Orpheus: toverzanger in de onderwereld for childrens choir and piano (2002); Crucifixus for mixed choir (2003); Only Darkness and Shadows for soprano and ensemble (2003)

Opera: The Triumph of Spirit over Matter (lyrics: Johan Thielemans) (2000); Achilleus, youth opera on a libretto by Imme Dros (2002) 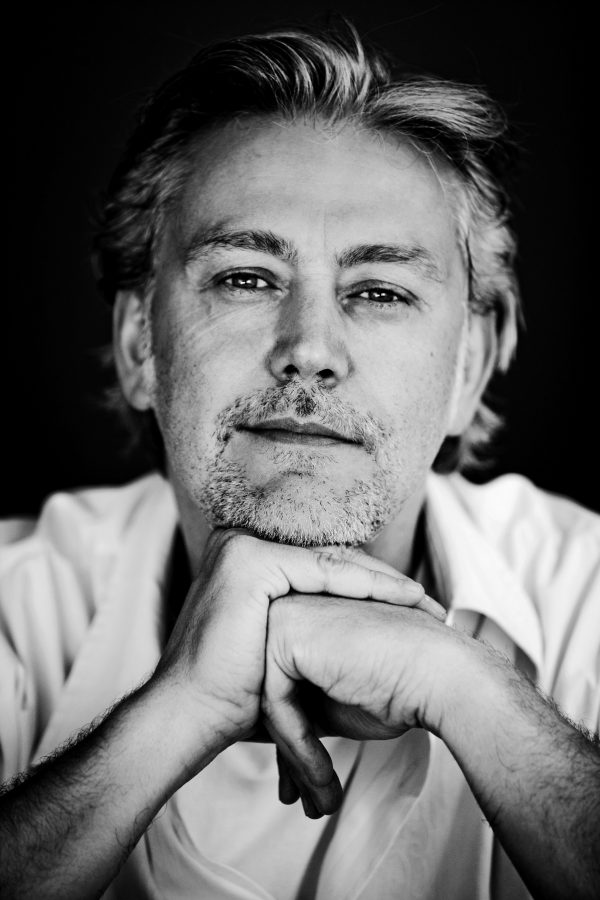