Elias Gistelinck was born in 1935 in Beveren aan de Leie. At the early age of fifteen, he enrolled at the Royal Conservatory in Brussels, where he studied trumpet, chamber music, harmony and counterpoint. He later pursued his studies at the Conservatory in Paris and in 1962 participated in the Ferienkurse in Darmstadt. Gistelinck was already playing the trumpet in the National Orchestra of Belgium at the age of seventeen. Although he was a laureate of the international music competition in Munich in 1953, he left classical music behind him after several years in order to play in a jazz orchestra, touring throughout Europe. He would later abandon his career as a performing musician altogether in order to devote himself full-time to composing. From 1961, Gistelinck worked for the BRT (Belgian Radio and Television), first as a freelance assistant, and later as first producer at Radio 3, the classical programme. There he dedicated himself to promoting the broadcasting of Belgian music. In 1975, he took several important steps in this regard: the BRT would commission ten works per year from Belgian composers; some 25 works by Belgian composers were to be broadcast per week, and conductors and performers would be obliged to program at least one work by a Belgian composer in BRT concerts and recordings. Gistelinck received the Fuga Prize for this engagement in promoting Belgian music. Elias Gistelinck has received awards for many of his compositions, both in Belgium and abroad. In Belgium he has won, among other prizes, the Prize of the Belgian Music Press and the Belgian Artistic Promotion Prize. In France, his complete oeuvre was crowned with the Prix de la Fondation de France and in 1969 he won the Italia Prize for his Ndessé ou Blues. Gistelinck passed away on 25 March 2005.

In his music, Elias Gistelinck strives for a blend of (contemporary) classical music and jazz. The important place of jazz in his life was evident early on when as a trumpet player he traded in a classical orchestra for a jazz orchestra; later he also founded the Jazz Middelheim festival. Gistelinck opposed the condescending attitude, prevalent earlier in his career, of the conservatories towards genres such as jazz and light music. He made a plea for treating classical music, jazz and pop as equals – as was the case in the United States. In his compositions, the references to jazz are chiefly evident in the scoring (for instance, he scores for jazz musicians and classical orchestra), in particular chords and chord progressions, in the choice of titles (Song for Miles, for example, for trumpet and piano, 1996) and in the quasi-improvised character of the melodies (which are, however, completely written out). Several works in which these jazz influences are at their clearest are Per Che for narrator, bass clarinet and big band (1967), Ndessé ou Blues for narrator, jazz trio, jazz orchestra and symphony orchestra (1969) and Three Movements for jazz quintet (quartet) and symphony orchestra (1985).

A composition by Gistelinck will often be the result of a personal or public event. For instance, he composed Elegy for Jan (1976) for symphony orchestra, in memory of a pupil who had died, and Funeral Music for Ptah IV (1974), a trio for violin, cello and piano, after the death of the Chilean president Salvador Allende. The fact that in composing his music, Gistelinck often chooses such a clear point of departure does not, however, mean that his music may be termed programmatic. Gistelinck’s whole oeuvre exudes a deep emotionality. Composing is for him the expression of controlled, inner emotions that tend to reflect his melancholic nature. This leads to a romantic style with broad melodies and a constructive cell-development. In terms of the harmony, this results in an expanded sense of tonality. His music is usually tonally conceived or at least constructed around a tonal centre. Especially from the middle of the 1970s, Gistelinck’s compositions show a definite tendency towards tonal conceptions in the structure as well as the melody and harmony. This tendency is particularly clear in Lullaby for Nathalie for violin and piano (1985), a work with an almost naive melodic line, accompanied by simple chords. Gistelinck himself has said that he has always felt the need to compose intuitively in order to express himself in the melody of his music. For this same reason, he has not felt at home in the serialism of those he terms “intellectualistic engineer-composers”, such as Boulez and Pousseur. His style is at odds with any kind of musical intellectualism. Gistelinck’s ideas concerning tonality and atonality continue in this same line. He sees tonality as inherently linked with the nature of sound and the succession of the overtone series. The higher up the registers of the overtone series are followed, the more chromatic it becomes, leading eventually to atonal music. In Gistelinck’s opinion, there is no hierarchy between the different pitches in atonal music and thus no longer any sense of stability. This composer requires a basis in his compositions, a point of reference out of which the melody can be built up. 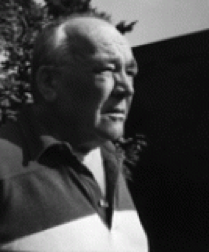