Kris Defoort was born in 1959 in Bruges. He grew up in a musical family and entered the Royal Conservatory in Antwerp in 1978, studying early music and recorder there with, among others, Koen Dieltiens, Balderick Deerenberg and Jos van Immerseel. In 1982, Defoort moved to the Royal Conservatory in Liège to study contemporary music and jazz with Henri Pousseur, Frederic Rzewsky, Garret List, Dennis Luxion, Borah Bergman and Philippe Boesmans. Here he developed into an inventive jazz pianist and composer. During his studies in Liège, Kris Defoort won the Province of Liège jazz competition with his quintet Diva Smiles. In 1986 this jazz ensemble brought out its debut recording under the same name. After his studies in Liège, Kris Defoort set out for the jazz Mecca of New York. There he furthered his studies at Long Island University Brooklyn with Fred Hersh, David Berger, Paul Bley and Reggie Workman. He became involved in the New York jazz scene, playing on a CD recording with Vince Herring and Jack de Johnette and working together with Ron McLure, Barry Altschul, Adam Nussbaum, Mike Formanek and Tito Puente. The highpoint of this period was a world tour with the Lionel Hampton Big Band.

After three years in the United States, Kris Defoort returned to Belgium in order to develop himself further as a composer. He went on tour with the ensemble that he founded, KD’s Basement Party, performing his own works. In 1991 he received a prize from the Fondation Spes for his compositions and arrangements. In 1992, Defoort began a collaboration with De Werf, the Bruges art centre. This centre had already issued several CDs including the album Sketches of Belgium, which appeared in that same year. In 1993, Defoort started a new ensemble, KD’s Decade, an improvising trio which played modern versions of the standards. At this time Defoort produced his first work for the music-theatre group Het Muziek Lod. This work, entitled De Aftelling (The Countdown), was a music-theatre production by Jan Vroman. In 1995 Kris Defoort wrote one of his most important works, Variations on a Love Supreme. The composer worked together with Fabrizio Cassol for this work, which was commissioned by De Werf. In 1996 and 1997 there followed two concert tours, one with Lee Konitz and one with Mark Turner. Defoort was composer-in-residence for 1998 with Het Muziek Lod. In that year he also founded the large ensemble, Dreamtime, in part for the creation of the music-theatre production, Passages, with choreography by Fatou Traoré. In 2000, Defoort began his opera project based on the novel The Woman Who Walked into Doors by Roddy Doyle. There then followed a tour with Mark Turner and Dreamtime. The opera was premiered in 2001.

Kris Defoort received his most important education as a composer in Liège. There he had the opportunity to pursue advanced studies with major figures from the worlds of jazz (free improvisation with Garret List) and contemporary music (general studies with Pousseur, Boesmans, Rzewsky). After these studies, Defoort was mainly active as a performing musician, during his period in New York. In order to concentrate more on composition, he returned to Belgium. In the period that followed, 1991-1998, Kris Defoort composed pure jazz compositions for his various ensembles. Bebop had been his first source of inspiration in his student days, as he fell under the influence of jazz musicians such as Charlie Parker and Miles Davis. With the encouragement of Garret List, he became increasingly familiar with free improvisation or free jazz. By this point, Defoort also had a complete study of early music behind him. The composer allowed these diverse influences to flow together, seeking a musical language that could combine the different elements. His compositions are thus not a collage of the different influences and genres. Defoort does not seek innovation for its own sake, he is not a rebel; he seeks to rediscover rather than to discover, consciously taking account of all his experiences and influences, and integrating them into a personal language. Kris Defoort will take several notes or several bars or a small cell, and intuitively build up his composition out of them.

As noted above, Kris Defoort composed only jazz works in his first period. He approached jazz in its broadest sense, that is, jazz as improvisation. Works such as Lucky You (1988) and Looking Around (1989) include a great many free passages, with scores in which often only a chordal scheme is notated. The composer can often be highly personal in his treatment of rhythm. There is no trace of a system based on traditional jazz patterns. He sees jazz rhythm more as pulsations, as a flexible and natural under-layer. After these two early works, he made the album Sketches of Belgium (1992), with music by Defoort, performed by his ensemble, KD’s Basement Party. Kris Defoort describes this music as “more than jazz” rather than “modern jazz”. These compositions are layered sound constructions in which the melody lines slide over and through one another. The solos have a functional character and always remain within the mood of the work.

In 1995 there followed for the second time a homage to a legend from the jazz world. After Miles Davis in Diva Smiles, it was now the turn of John Coltrane in Variations on a Love Supreme. Taking the celebrated Love Supreme by Coltrane as his point of departure, Kris Defoort, together with Fabrizio Cassol, wrote an extended composition which is not simply an arrangement, but an idiosyncratic set of variations on Coltrane’s themes. The composers take the themes and musical cells in their embryonic form, rework them, transform them, separate them into small bits and colour these elements in new ways to create a finely-drawn suite. Here again, the work balances between written-out and improvised passages. In this connection, the aim is a blending of the talents of musicians who are active within various musical disciplines. The work is written for an eleven-man ensemble, for which Defoort for the first time employed several instruments not normally associated with jazz. Besides a brass and rhythm section, there are two stringed instruments (violin and cello) and two woodwinds (flute and clarinet). The contrast between the woodwinds and the brass formed an important point of departure for the composers. Defoort recognised the possibilities of creating a wealth of timbres within this palette and working out the dualities of strong-weak, soft-loud, energy-spirituality. Carefully integrated rests, more meditative passages and well-placed solos create variation and tension. These solos are not bravura numbers, but function as the bond within a dynamic whole. The work consists of nine movements, starting with a serene introduction written by the two composers together. The variations were shared between them, with the first four by Cassol and the last four by Defoort. The whole work is an attempt by the two composers to unite the essence of American jazz with the principles of European classical music.

In 1998 there followed Passages, a three-movement suite for a Fatou Traoré dance production. Partly in connection with this production, Defoort founded his ensemble, Dreamtime. In Passages, Defoort produced an ingenious construction in which he handles lines and colours with the authority of a consummate colourist. He places the various voices beside and through one another. The very beautiful tenor saxophone solos link the three large movements. Passages occupies a space between two worlds. In melodic and harmonic terms, the work is abstract, but the rhythms remain “jazzy”. The general impression left by Passages is of the comings and goings on a city square or in a street, passages of passers-by, but also of different temperaments. It is not a narrative, but an event. The music thus develops with many changes in tempo and mood. The score serves mainly as the rhythmic basis, leaving room for improvisation.

Kris Defoort’s opera, The Woman Who Walked into Doors for soprano, actress, video, chamber orchestra and jazz band, was premiered in 2001 and fits clearly into the evolution evident in Passages. In this opera, he continues to combine his two areas of influence, jazz and classical music, with the accent now more on the classical side. The instrumental scoring, for instance, is for classical orchestra and jazz ensemble. Defoort makes use of the strengths of both ensembles, drawing on the classical orchestra’s precision and control over dynamic processes, and the jazz musicians’ personal expression. In his score, the two groups meld into a powerful and very contemporary sound. The opera is based on the novel of the same name by Roddy Doyle. The music breathes the same unmitigated directness found in the written text, giving the opera its insistent character. The overture is written in a completely modern musical language, without jazz influences. The composer draws his material for the rest of the opera from the overture and epilogue, which were composed first. There is, for instance, frequent use of fourths and fifths in the vocal part, intervals prominent in the overture. Defoort writes expressive vocal lines, accompanied solidly by the rich orchestral score. In 2002, Defoort wrote the work, Conversations with the Past, a work for winds, piano, harp and percussion, commissioned by the Royal Philharmonic Orchestra of Flanders. In 2003, the composition, Conservation/Conversation will be created by the Danel Quartet, together with Dreamtime and Claron McFadden.

Kris Defoort is composer in residence at LOD 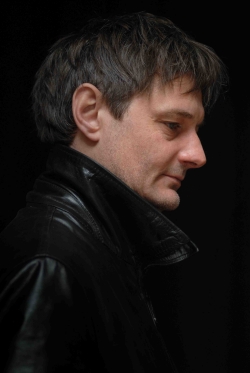