Joris de Laet was born in 1947 in Antwerp. Apart from some years of music lessons at the music academy (in violin and cello), he did not receive any formal artistic training. De Laet was largely self-taught, and was mainly interested in the thought-processes of the avant-garde. In particular, the possibilities of amplified sound intrigued him, an interest that even led him to build or adapt his own instruments. In order to increase public awareness of the music of the avant-garde, de Laet set up the Studio voor Experimentele Muziek (SEM) in 1973. Under the auspices of this studio, he organised monthly concerts in various locations (the studios of Flemish Radio 2, deSingel concert hall…), performed by leading musicians of his time. The holding of lectures, seminars and the dissemination of music on tape further stimulated the contact between the audience and experimental music. In 1974, the SEMensemble was founded, with the aim of producing live performances of post-production studio techniques (a constant in de Laet’s oeuvre), thereby allowing electronic means to become real time communication. In the performances of this ensemble, many different artistic disciplines (such as theatre, poetry and experiments with light) were combined into a whole by such composers as Karel Goeyvaerts and André Stordeur. For the performances including traditional instruments, he drew on the talents of, amongst others, Luc Brewaeys and Serge Verstockt. During his sojourn at the Instituut voor Psycho-akoestik (IPEM) in Ghent from 1972-1975, de Laet came into contact with Karel Goeyvaerts, resulting in a number of concerts (including a performance of Partiduur 12345) and works on which the two composers collaborated (Tot Barstens Toe [Full to Bursting], Maskerade). At the IPEM he also met Lucien Goethals and Herman Sabbe. Joris de Laet teaches composition (electro-acoustic music) at the Royal Conservatory in Antwerp. He is also co-founder and vice-chairman of the Belgian Federation of Electro-Acoustic Music (BeFEM / FéBeMe). In 1997 he received the SABAM prize for electro-acoustic music and in 2000 became a member of the SABAM committee for the evaluation of electro-acoustic compositions.

The whole body of Joris de Laet’s oeuvre displays his absolute predilection for electronic music. For this composer, the major advantages of electronic music include not only the total controllability of a sound but also the many possibilities of sound manipulation. De Laet’s first compositions were for tape (including Constructie van een metalen cylinder, Reliëf). He believed that his experimentations with sound-generation and sound-manipulation, first at the IPEM and later at the SEM, could also be highly successful in a live-concert situation. The fascination for the possibilities created by performers interacting led de Laet to organise a series of five one-off concerts in 1974 under the title Partiduur 12345. The concept could be described as serial, since the second concert made use of material from the first, the third made use of material from the first and the second, and so on. During these concerts in the ICC, use was made of tapes (which comprised sound material) as well as many generators, filters, synthesizers and such systems as tape delay – all elements that at the time had seldom been applied in Belgium. The use of electronics in these performances had an important consequence for de Laet’s musical thought, as the link between sound production and the playing of a sound was broken. In contrast to the classical concept, a musician could find himself doing nothing even though (electro-acoustic) sounds were being heard, and vice-versa. The visual aspect became independent and very important during these concerts; and yet this cannot be termed musical theatre, since the actions took place analogous to the musical structures and had no dramatic aim of their own. In electro-acoustic music, “spatialising” is often encountered as a principle. An example of this principle is the composition Sine Signs (1976-77), performed in the castle of Hof ter Beke in Antwerp. Besides sounds from amplifiers, placed on inflatable boats in the moat around the castle, musical material was produced by two strolling flute players who allowed their sound to be influenced by the resonant walls and other objects. The introduction of the computer in the years 1973-75 had a major impact on Joris de Laet’s oeuvre. Whether in relation to visual (video) or auditive fragments, the computer allowed him to control all the processes down to the smallest detail, which created a link between the content and the outward appearance of a composition. His first work for computer is Veranderlijk tot mooi (Changeable to Beautiful) (1975). While in this work he called on another person to program the computer (Luc Steels), he began to do this himself starting in the late 1970s. The compositions in this period place a clear emphasis on the parameter of sound, as the visual aspect moved more to the background. Many of de Laet’s compositions from the years 1977-83 are based on the manipulation of one particular parameter. In End of the road, the interval content is, for instance, more important than the absolute pitch. Envelopes (1977) consists of sounds made up of the same parameters, but which in the course of the work change in tempo and intensity. The point of departure for Eklips (1979) is the opposition between continuity and discontinuity. A continually audible electronic sound is interrupted by instrumental fragments.

Since the 1980s, de Laet’s compositions have shown evidence of a strong organic relationship between the organisation of the sound and the construction and subdivision of the composition’s structure. According to de Laet, music is the direct result of the conditioned processing of sound qualities. The organisation needed in order to create a link between the independent elements that are encountered in a creative thought varies according to the medium (audio or video). The way in which one can think and put into practice – the description and conditioning of processes – is, in contrast, so closely related, that one can speak of an increased depth-effect resulting from the multiple layeredness of mutually connected sound elements. Since 1980, de Laet has also called his compositions “parametric”. However, the comparison with serialism, in which, similarly, each parameter has an individual value, does not apply here, since the structural form in de Laet’s compositions is not based on series or serial relationships.

In Joris de Laet’s whole œuvre, there is a noticeable evolution towards post-productive work. Through transposition and montage techniques, different musical processes take place simultaneously. An important consideration is that the aleatoric elements in de Laet’s work are controlled in a process-orientated way. According to the composer, this conditioning can work best through the use of algorithms, the step-by-step describing of a process by means of computer commands. This results in sound material that, if it is still insufficiently developed by the composer, can also undergo reworking, as is done in the case of electronic samples. The electronic sound material can, however, be so conditionally compiled that it exercises an important influence on the conceiving of subsequent reworkings and on the construction of the composition itself. As in Masses d’algorithmes vers 12 zones chromatiques (1987), the composer makes use of an algorithm in the composition Belfort70 (2001), written for the occasion of Lucien Goethals’ 70th birthday. This algorithm aleatorically produces 70 pitches, and ends, by means of a narrowing circumscription of chance, on a previously designated note. A variation of this algorithm is played four times, a variation for each of the four points of the compass.

Aural Silver (1993-94), makes use of two basic sound-sources: sounds of silver objects and electronic sounds. The movements of the sound were drawn from the morphology of silver sound objects. An optimal spatialisation was achieved by arranging sound-descriptions and evolutions with the computer. The resulting resonances were then coordinated with the converging harmonic electronic sound-groups. Besides the original music, composed for an exhibition of silver artworks (Een schitterend feest) which formed part of the Antwerp ’93 European Cultural Capital activities, a concert version was created in 1994 (premiered at the 24ième Festival International de Musique Electroacoustique de Bourges). In that same year, de Laet composed De verschuiving (Le Déplacement, The Shift). The work is based on the idea that shifting implies movement and movement is the act of using time in order to cover a distance. This is made clear through the video presentation. As the audience entered the room for the first performance, they were recorded on video in real time. During the performance, these images were reworked by computers and shown for a period of approximately two minutes. Through the tape music, the shifts in the sound processes were made audible. For a period of one minute, the soloist, who was filmed during the performance – images which were then also reworked by computers – acted as if he was preparing to play. By means of live electronics, sound was produced for two minutes. The soloist thus functioned as a link, as it were, between the musical and visual processes, creating an organic unity between the two.

Between 1995 and 1998, de Laet composed the four-movement cycle, Mieux vaut la guerre que la paix en pleine misère. For the composer, this work, highly abstract in musical terms, can be seen as an ode to energy. The first movement dates from 1995 and bears the title Bruit noir. In contrast to so-called “white noise”, where all frequencies of sound are perceptible, use is here made of “black noise”, which is comprised of certain frequencies which are not perceived. In the second movement (Soleil silencieux, 1996), the composer uses the “granulation technique”. In techniques of sampling, not only are traditional inversions and transposition possibilities available, but there is also access to every infinitesimal element of the sound. Such “sound molecules” are termed “grains”, and the manner of reworking them “granular synthesis”, whereby the different points are grouped, omitted, displaced and so forth. In this second movement, fragmentary elements of what in fact could have been an independent works may be heard. While Soleil silencieux is based on time, the two final movements (Pigeon Piege, 1997, and Piece de resistance, 1998) are based respectively on the principles of timbre and the high density of algorithms. 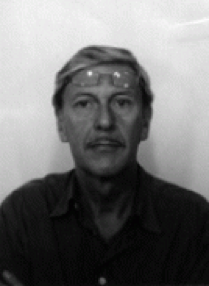