Marcel De Jonghe was born on 9 May 1943. He studied solfège, piano, music history, chamber music, harmony and counterpoint at the music academy in Anderlecht (Brussels), earning special prizes (regeringsmedailles) for piano with highest distinction, and for chamber music with distinction. De Jonghe was also a Pro Civitate prize winner. He then, however, entered teacher’s school, resulting in a diploma for teaching Germanic languages. He went on to study at the Royal Conservatory in Brussels, receiving first prizes in solfège, harmony, counterpoint, fugue and composition. His most influential teachers were J. Brouwers, P. Cabus, J. Louël and V. Legley. Since 1972, De Jonghe has been the director of the municipal Music Academy in Dilbeek. He is also a theory teacher at the Royal Conservatory in Brussels. In 1979, his composition Introspection 1 was selected as the compulsory work for the National Competition of the Gemeentekrediet (Bank) for piano. In 1992 there followed E-motions for string instruments, in 1999 Rainbow for guitar and in 2003 Trimoods for wind instruments. De Jonghe’s piano work Introspection 2 was selected in 1989 as the compulsory work for a competition organised by the music academies of the French Community of Belgium. In 1990, the Youth and Music Orchestra of Antwerp commissioned him to write Obstinatio 1. Works by De Jonghe have been played in the Netherlands, Germany, France, Switzerland, the former Yugoslavia, Turkey, Denmark and the United States.

Marcel De Jonghe has composed some 80 works. He came to composition relatively late, producing his first work in 1977. Between 1978 and 1996, De Jonghe set himself the task of composing three children’s songs per year, which he gathered into one collection. In 1979 De Jonghe received his first composition commission, resulting in the Divertimento for 4 clarinets and strings. Starting in 1996 his compositions were almost exclusively the result of commissions. De Jonghe’s compositions can be divided into two groups. The first consists of his own personal style, which may be termed Neo-Romantic. The second group makes use of divertimento styles, avant-garde techniques, jazzy idioms (Peanotes, 1989) and a simple, tonal musical language for use in schools (mainly piano works). This second approach is used especially for specific commissions.

His Neo-Romantic profile places De Jonghe in relation to the Romantic composer. Like the Romantic, De Jonghe takes as his point of departure the essential principles of tonality (tonal centres, tension-relaxation) and then enlivens the music through the use of bitonal, polytonal and atonal passages. In this way, he creates a synthesis between classical and contemporary styles. De Jonghe uses harmony to create moods; this is evident, for example, in his predilection for polychrome chords in a broadened tonality. In some cases, the tonal centre disappears completely and the melody moves freely within the equality of the twelve chromatic tones. Melody takes a prominent place in De Jonghe’s oeuvre. The importance attached to the melodic richness, harmonious sound and timbre are the marks of a true Neo-Romantic. These elements seldom result in a constricting form. De Jonghe considers repetitions necessary for giving the listener a chance to follow the “musical trail” (especially in terms of melody). This leads the composer back to existing forms, although these are usually broadened or reconceived. Despite this, many of his works have a rather improvisational character, within a structure of repetitions. De Jonghe has a clear objective with his music: communication, music as the universal bearer of moods, feelings and emotions. The importance attached both to melody and to clarity through repetition can be understood in the context of this objective.

This Neo-Romantic style is expressed most clearly in the Introspection series. De Jonghe has written six works in this series, between 1984 and 1990. They are characterised by an improvisational character, with a generally pessimistic tone. With the exception of Introspection 6, they all have a central element. In Introspection 2 this is an arpeggio that appears both in its basic form and in transposition. The central element functions as a point of rest (in its original form), as a transition between two movements, as an accompanying figure and as a melodic figure. Introspection 2 builds up slowly to a lyrical passage, in which the central element functions as accompaniment. This passage returns later in the composition, in a deliberate repetition. The same characteristics are found in all the works in this series.

The central thematic element is found in the majority of De Jonghe’s compositions. This evolves into a elaborated cell technique: a collection of pitches that in the course of the composition is subjected to different mutations. This is found for the first time in Fantasques (1997), a work for b-flat clarinet and piano which begins with the presentation of the cell in the piano. In bar 5, this cell already returns in transposition. In the course of the composition it reappears many times, sometimes in whole (at the end even in canon between the clarinet and the piano) and sometimes in part. The conclusion of the cell (e-flat – e – g – f-sharp – b – b-flat), in particular, returns often, although usually transposed and with alterations.

De Jonghe’s orchestral works bear the title Obstinatio, a reference to the various ostinatos and themes developed in them. Obstinatio 1 (1990) begins with the presentation of an ostinato in the lowest strings. For the repeat of the ostinato, De Jonghe places the viola and the winds above with their own theme. The violins join in for the second repetition, adding their own theme. The different themes are repeated, go through mutations and build up to the tutti in bar 98. He repeats this approach two times. The tuttis are characterised by the constant repetition of a rhythmic cell by a complete group of instruments. 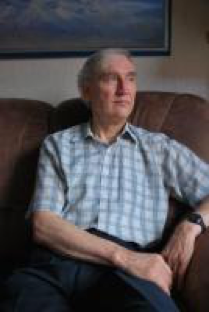