Paul Craenen considers the year 2000 as the beginning of his composition period. Early works such as To test the Ice and Falco Tinnunculus may be considered the main impulses for this more intensive period of composing. In 2000, three works were composed more or less simultaneously: Mouvements Trouvés, Kooi (Cage) and Atman. Each work in its own way gives shape to the link between physical action and sounding result, between what is done and what actually sounds. For Paul Craenen, these three compositions represent not only the beginning of his career as a composer: they create the will to create a more perceptual unity in his works between the physical deed on the one hand and the auditive result on the other. Since 2001, Craenen has attempted to realise this objective in a study project at the Orpheus Institute. His starting point is the presence of a physical-human performer. Besides emphasising the “bodiliness” of sound perception, his research is also focused on the actual field of tension between craftsmanship and technological innovation on the one hand and material presence and virtuality on the other. In 2004 this whole endeavour resulted firstly in a philosophical and generalising essay and secondly in a more pragmatic and personal concept. A first application of this concept is the construction of a “Virtual Mechanical Instrument”. This consists of linking the sound explicitly to the physical actions of the musicians and their positions in the space. The aim of this construction is the generation of a synaesthetic, spatial-acoustic illusion that is confirmed or broken down in the course of the composition. True to form, Paul Craenen makes explicit use of this concept, as well as the whole study project, in his compositions. This is evident for the first time in the three above-mentioned works, which convinced him of the necessity of this project. The score of Mouvements Trouvés for viola and jazz guitar takes action as its point of departure.

This action notation, in which only the rhythm is notated according to the conventions of musical language, is the result of prolonged work on the composition, a characteristic which indeed may be applied to all of Paul Craenen’s compositions. The fact that others’ notational systems seem inadvertently present is merely evidence of the apparently universal capacity for abstraction in translating movements into symbols. The nature of the movements (plucked, struck, damped, percussive, bowed, with pressure, in a particular direction, slow, fast…) and their location (a particular string or fret, above or below the bridge) on the instrument upon which this motion is performed, is very important for this work. As in other works by Craenen, the form in Mouvements Trouvés emerged organically: the starting point for Mouvements Trouvés was the contact with physical actions. The performers sometimes imitate one another’s sounds, sometimes their movements and sometimes both at once. Kooi is a composition written for prepared piano (two performers), installation (cage) and video projection. The two performers, in a small space on the stage and concealed from the audience, perform from a graphic score on the piano as a sort of choreography for four hands. Within the notated metrical indication, the two performers exactly mirror one another’s movements. Only at the end of the composition is the illusion of mirroring destroyed, together with the imaginary axis it creates. The movements themselves consist of the fingertips sliding over the keys or the woodwork, as well as striking movements. The piano is, however, prepared in such a way that the keys are blocked and the pedal remains pressed down, so that the non-damped strings are caused to vibrate only in an indirect way. The audience see this performance only by way of a projected image of the hands. Contact microphones in the piano linked to speakers around the hall allow the audience to experience the spatiality of the sound and the action. The special set-up “transports” to the audience the clinical atmosphere experienced by the performers within the installation. Kooi, a “cage” in the double sense of both space and instrument, is thus played out on two levels (the performer’s and the listener’s). Atman, finally, is a work for piano, bass clarinet and amplified breathing. The pianist plays only the four lowest notes on the piano, treating these like a double bass. The keys are struck with one hand, while the four strings are played with the other, creating damped sounds, percussion or overtones. The piano score is written in action notation. The rhythm of the work is determined by a conventional notation. The clarinettist, too, is limited to the four lowest tones on the instrument. Natural overtones are produced by overblowing the fundamentals. Inhalation and exhalation (amplified by a contact microphone on the throat) occur according to the rhythm indicated in the score and form the basis of the whole composition. This explains the title, Atman, an ancient East Indian word denoting both “breath” and “soul”. The symbolic import of the word is strengthened by the large degree of involvement of the two instruments with each other. Rhythmically and harmonically they together form a new, sounding instrument. In their actions, the two musicians are fundamentally linked.

After this “triptych”, Craenen wrote two compositions written as commissions, Touw (Rope) for Het Collectief and g for Oxalis. Touw, for flute, clarinet, violin, cello and piano is an experimental composition that contributes to the development of the concept of the “Virtual Mechanical Instrument” (see above). The performers are arranged in a V, cannot see one another and are linked to one another by ropes. They are links in the same project. The action is determined by strict musical rules. Each musician must react as quickly as possible to the musician who has just been in action. If the starting point of this composition has an element of sport to it, the situation on stage leads to extremes: extreme virtuosity and extreme intensity. g is a composition for string sextet and harp. Paul Craenen’s point of departure was to couple a dynamic scientific concept with musical parameters. “g” stands for the physical notions of gravity and acceleration and offers the musical foundation for the work, namely the link between spatiality and sound, and the interplay between attraction and repulsion. In concrete terms, the harp can be seen as the central instrument in this composition. The strings filter natural overtones out of the sounds made by the harp. The position taken by the (scordatura tuned) strings in the space determine the overtone to be chosen and the moment of entry. A more distant position of the harp means the strings are to play higher, weaker and later. The harp also acts as a magnetic field. The string instruments react rhythmically to one another in pairs, striving for a simultaneous sounding of the strings, which are tuned in fifths but with quarter tone difference between them. When the harp is struck (accents), the strings react not to one another but to the harp. An instrument that comes too close to the harp is irrevocably slung back out into (the) space. At four points in the score, the acceleration that each time has been built up culminates in a change of position.

The visual component has become increasingly important in Paul Craenen’s recent work. Representative of this development is certainly Palindroom, a composition commissioned by the city of Mechelen in connection with the year 2002 (a palindrome number). The assignment to “write a palindrome” is quite literally interpreted: the composer writes a palindrome in front of a video camera. The sound of this writing is amplified by a contact microphone. The written sign that results is both a reminder of the action that has taken place and the directions for a sound manipulation made by the electronics technician who, alone on stage, reads and interprets the score as it develops. 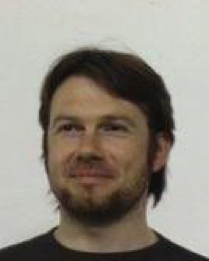