Roland Coryn, born on 21 December 1938 in Kortrijk, came into contact early with the artistic world. His brother sketched and painted, and his family maintained links with artistic circles. After his musical studies at the Municipal Music Academy in Harelbeke, he pursued further studies at the Royal Conservatory of Ghent. There he earned his Higher Diploma in viola and chamber music, while continuing to study in the theory department and subsequently receiving his First Prize in composition. As a teacher he held positions at the music academies of Harelbeke, Izegem and Oostende. In 1979 he was named director in Harelbeke. For many years he held an important function as a teacher of composition at the conservatory in Ghent. On 1 September 1997, he took early retirement in order to devote his full attention to composing. In the period from 1960 to 1975, he was chiefly active as a performing musician. He played viola in the Belgian Chamber Orchestra, where he came into contact with modern music, and he was a founding member of the Flemish Piano Quartet, which focused on the works of well-known composers and Belgian masters. From 1986 to 1997 he was the leader of the Nieuw Conservatorium Ensemble in Ghent, with which he performed mainly contemporary works. This activity proved highly fruitful for his composition class. As a composer, Coryn has won numerous prizes, including the Tenuto Prize in 1973 (Quattro Movimenti), the Jef Van Hoof Prize in 1974 (Triptiek), the Koopal Prize in 1986 for his chamber music oeuvre, and the Visser-Neerlandia Prize in 1999 for his complete output. In 1993 he was elected a member of the Academy of Fine Arts, Letters and Sciences of Belgium.

Since 1970, Roland Coryn has written more than sixty works. His preference for absolute music is evident in the dominance of instrumental music over vocal music in his oeuvre. The titles of his works also tend to be abstract, as he often uses musical forms as titles, such as Sonatine for solo viola (1959-60), or he makes reference to the scoring, as in Per piano solo (1972) or Saxophone quartet (1982): “I think I have an aversion to titles and explanations. Maybe this is a way of resisting a tendency dominant since 1950 of wanting – or needing – to explain everything with words. At a certain moment, around 1980, I moved beyond that problem and started to notate more interpretative and emotional indications in the score. I had the feeling that this suited me and that it stimulated the performer to produce a better performance” (from Y. Knockaert, Roland Coryn in Campo, p. 3). This quotation shows that Coryn demands of his musicians a performance that as nearly as possible approaches perfection. The contact between the performer and the composer is for him of crucial importance. This is one of the reasons why, at least in the late 1980s, he has been interested mainly in composing chamber music: he believes that the communication with most orchestras and their conductors tends to be inadequate.

Since his fiftieth birthday, Coryn, has increased the intensity of his compositional activity. This increase is evident not only in the number of his works, but also in the large scale of the works produced, including the Violin concerto (1987), Due Pitture for large orchestra (1989), the Concerto grosso for large string orchestra (1989), the Concerto for vibraphone, marimba, xylophone and orchestra (1994) and Tre Pezzi per orchestra d’archi (1995). The explanation for this lies in the fact that Coryn cut back on his activities as a viola player in order to devote more of his time to composition.

The various musical parameters are each dealt with by Coryn in a specific manner, whereby a particularly intense attention to rhythm and tempo is most striking. Rhythmic developments are produced by means of an inner kinetic drive, where rhythmic cells generate new rhythmic motifs, which then form the basis for further development. This can lead to a high degree of complexity, such as “rhythm polyphony” or polyrhythmic layering. The multi-layered quality of such rhythmic developments is, for example, evident in the Introduzione from the orchestral work, Quattro Movimenti (1973), in which a two-note cell, linked with its inversion, appears in various durational values in different combinations of instruments. Just as rhythm produces movement that continually spins forward, so too the tempo is always fluctuating. Constant tempi are almost never encountered in Coryn’s music. The rhythm and tempo fluctuations are always constructive and purposeful. It is not so much a question of indicating a simple accelerando and ritenuto in the score, which gives the performer much room for interpretation, but rather of making precise demands, as in, for example, the transition from a binary to a ternary rhythm or from a quintuplet to a sextuplet. This can be combined with changes of metre, changes of note-values (from binary to ternary, while keeping the tempo constant), or changes of tempo. The Introduzione, cited above, includes a systematic acceleration of a two-note cell, where the acceleration leads finally to glissandi. Similarly, in Reflexie I, from the Sonata for orchestra (1975), the glissando represents the fastest possible velocity of successions of pitches and rhythms. The glissando subsequently represents the point of departure for a deceleration by means of trills and written-out rhythms.

Melody is not of prime importance in Coryn’s music; lyrical melodies are seldom heard. Phrases are often constructed by means of cell-development. In their development, the interval of the second (as well as the seventh and the ninth) is very important, appearing both horizontally and vertically. The use of such small intervals can lead to twelve-tone wholes or superpositions of sound with field structure. On the other hand, the many canonic passages in the voice leading are clear references to the classical polyphonic tradition. Coryn’s free post-serial style allows him to work out the basic row very personally in all its possible variations. A motif of six notes links the three movements of the Saxophone quartet (1982), providing the basis for the whole composition. If these six notes were followed by a transposition one tone lower, a dodecaphonic series would be created. However, Coryn limits himself to the use of the six-note motif, appearing both in its original form and in retrograde, inversion, or retrograde-inversion (either transposed or not).

From the end of the 1980s, Coryn’s music becomes more robust, self-confident and militant. In his oratorio Opus: Mens (1987), a work for two vocal soloists, choir and orchestra, he arrives at an optimistic affirmation of life. His Violin concerto (1987) also contains a virtuoso second movement, after a slower first movement that ends as a quiet chorale. Many of his compositions end with a slow movement that breathe a mood of acquiescence. Over the course of the 1990s, his attention was drawn more to the voice. This resulted in many works for a capella choir, such as 5 Dickinson liederen, Triptiek der Deernis (Compassion Triptych), on texts by Luuk Gruwez, and Vier ernstige Gezangen (Four Serious Songs), on texts by Marsman, Blockeel and Joyce. This period reached its highpoint in two extended compositions, Deux mille regretz for mixed choir and Renaissance instruments and the concert-length work, Winds of Dawn, subtitled Missa “Da Pacem” for soprano, tenor and baritone solo, mixed choir, children’s choir and full orchestra.

Coryn’s full oeuvre is archived in the Peter Benoitmuseum in Harelbeke (BE).

Euprint
Musikproduktion Jürgen Höflich (München)
Da Vinci Publishing
CeBeDeM (from 1951 to 2015, works publised by CeBeDeM are now archived in the library of the Antwerp Conservatoire. 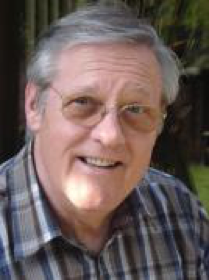