Claude Coppens (born 1936) studied with Marcel Maas at the Royal Conservatory in Brussels, where his diplomas included the higher diploma in piano. Later he went on to Paris for further study with Marguerite Long and Jacques Février. In 1960 he was awarded a doctoral degree in law from the Free University in Brussels. He was a laureate in the International Piano competition in Paris (1955), the Queen Elisabeth competition (1956) and the International Piano competition in Rio de Janeiro (1957). He premiered the first of Villa Lobos piano concertos, with the composer conducting. As a performing musician, he has specialised in the contemporary piano repertoire. During the 14-day-long festival of contemporary music at the Heizel in Brussels during Expo ’58 he made his acquaintance with the protagonists of the musical avant-garde, and this completely changed his musical career. He is self-taught as a composer. Coppens teaches at the Royal Conservatory in Ghent, and is well known as an idiosyncratic musician and pedagogue.

Coppens’ first works are fairly traditional, in a broader tonal and dodecaphonic idiom (for example the Passacaille op. 7). However, he quickly evolved to a strictly punctual serialism (Série et Variations op. 14). Through group serialism (Séquences) he ended up in a post-serial, trans-serial style in the 1970s.

Claude Coppens is fascinated by order and chaos. This fascination expresses itself in a number of works in which the issue of the relationship between composer and performer is raised, and balances itself between two extremes: total freedom and complete determinism. Examples are Wheels within Wheels (1972-73, for the Flanders Festival) and Klavierbüchlein I-IV (1972). In Wheels within Wheels the three sections are built up in a pyramid-like form: Wheels II is based on Wheels I, and Wheels III is derived from Wheels II. In Wheels II the parameters of melody and ornamentation are elaborated. The piece consists of a six-part Theme, two Developments, three Movements and five Intermezzi (‘Tussenvoegsels’), the order of which can be determined by the performer, following certain rules (open form). Melody and ornamentation evolve throughout these components in inverse proportion to each other. In the Theme we find pure melody with very rudimentary embellishments. The Intermezzi are for percussion, and consequently do not follow any melodic course. “Local” and “global” arrangements are also often inversely proportional to each other: the narrower the various parameters are set, the more freedom the performer has in organising the open form.

In the Klavierbüchlein I-IV the opposition between freedom and determinism is more on the philosophical level: order versus chaos. Coppens worked for a time with complex numbers (for example, with prime numbers) due to their ambiguity in embodying order or chaos. Later, after 1988, the science of fractals influenced his work, since fractals provided evidence that there is a connection between order and chaos. However, the imposed rationality of the piece is simultaneously put into perspective (in Satie-esque fashion) by means of verbal, musical and visual inside jokes in titles, or musical and literary quotes, etc. (for example, Zwervende hobo (zwervende=drifting, hobo=oboe), Le Bel Hautbois Dormant, Bac(c)hanale, Szene am Bach).

A significant portion of Coppens’ works are meant as pedagogical pieces, such as the Just so-studies, which one by one deal with a number of rhythmic and metric difficulties, and also illustrate various innovative playing techniques.

Since the early 1980s, Coppens has studied Hindu, Chinese and Japanese music. The aleatory element has also been more present since this period. In recent works, the mathematical aesthetic can be heard as well. In Roei 2 (Row 2) from 1993 (dedicated to Geert Logghe and Tomma Wessel) every aspect of every note has been determined, down to fine details of articulation, dynamics, sound colour and so forth. The metric structure is determined by mathematical formulas, in which the micro and macro structures are automatically related to each other. There are numerous expressive and technical indications throughout the piece (dreamy, quasi Pan-fl., breathing noise only, slam lid (NOT on your fingers, please)). Coppens also uses his own system of signs for particular performance techniques. The general sound picture has thus been carefully determined but there are places (albeit limited in number) where the performer is given greater freedom (for example, Improv.: fastest possible, furious, highest register). The tonal material is dealt with in a similar way in Sweet Murderers of men (1994), for three groups (violin, viola, cello; flute, bass clarinet; piano, percussion). Again, every note is described in detail regarding pitch, exact length, articulation, dynamics, playing technique and sound colour. Yet there are a number of measures with the indication “liberamente: non presto, molto lirico, fuori di tempo” (freely: not fast, very lyrical, out of tempo).

Diffusion Limited Aggregate Fractal, from 1994, is a remarkable composition. The work consists of a simultaneous, horizontal juxtaposition of tone groups which are not assigned rhythmic values. In the accompanying performance notes Coppens makes it clear that this does not imply rubato: “the physical speed remains constant throughout” (with the quaver at about 240 – 276). The musician finds one number per note group on the score, which expresses the number of notes in the group, and immediately also the pulse, metrical structure and “agogics”. The first note is always supposed to be played marcato, so that the vertical and horizontal polymetrical structure becomes clear to the listener as well. The performer is also helped by a number of indications which help synchronisation. In the initial section [??] the piece goes through a development from A to Z. A second evolution goes from AA to XX. Each letter contains the separate entrances of the four voices, so that four voices never enter at the same time. Thus, there is always a kind of miniscule building up and winding down between two letters. In the first phase (from A through D) the four voices are given an equal number, thus the same number of notes, and the same metrical structure. This changes, however, as the composition progresses, with a growing complexity as a result. From G onwards we find up to four different metrical indications at the same time.

Claude Coppens looks at the world around him through a very complex lens and comments on what he sees. His commentary is never purely intuitive but is supported inherently (given his scientific mentality) by the use of concepts from auxiliary bodies of knowledge: philosophy, psychology, sociology and mathematics (for example, Klavierbüchlein III, Pieces for Two, …). 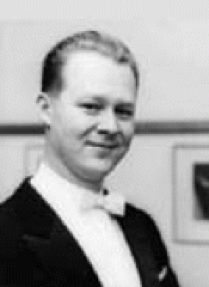