Jan Coeck, born on 20 November 1950 in Wilrijk, took his first steps in music with Jos Bruurs (piano). In 1968 he started his studies in music education at the Lemmens Institute in Leuven, where he has taught since 1973. He has taken courses with Jos Wuytack, Paul Schollaert, Ignace de Sutter and Stan van Vaerenbergh. He has given a number of guest courses, including courses at the “Musikene” Centre in San Sebastián and at the University of Cádiz. Continuing in the line of his studies in music education, Coeck was appointed pedagogical supervisor for Musical Education for the diocese of Mechelen-Brussels. He is also the chair of the federation for “Musicerende Jeugd” (Music-making youth), which has already published a number of his compositions.

Besides his activities as a teacher, Jan Coeck is also an ardent composer of music for schools, and choral and instrumental works. In addition he is the author of various song texts and theatrical works. The composer has a love of poetry, a passion he shares in poetry readings both in Belgium and abroad. In 1996, 1997, 1999 and 2002 Coeck took part in the Gran Canaria Composition Competition, winning the contest a number of times. In 1997 he won first prize with Nocturno, on a text by Gerardo Diego. The next time he entered the competition, in 1999, he won first prize with Cuando los niños juegan a la guerra, on a text by José Luis Pernas. In 2002 the work Albertiana, on a text by Rafael Alberti, was given honourable mention. In the years that he did not enter, Coeck was a member of the jury.

With his studies in music education and his activities in the Musicerende Jeugd organisation, it comes as no surprise that the oeuvre of Jan Coeck consists mainly of simple, tonal works, written for young people. His compositions can generally be divided in to three main groups: choral music, Spanish choral music and compositions for Orff instruments.

Most of his works belong to the first group, choral music. Coeck composes both on liturgical and more folk themes. Om wat misdaan wordt (For wrongs done) is a liturgical work, conceived as functional music, with either the whole work or particular movements to be performed in the context of the liturgy. Throughout the whole work the music serves the text, which must at all times be comprehensible. The work consists of 7 movements, each of which goes with a particular part of the mass. That each movement can be performed separately is clear from the different keys, scoring, specific rhythmic and melodic characteristics, and texts. Conceived as it is for youth ensemble, the whole has an uncomplicated feel, which promotes the comprehensibility of the text. The message of the various texts is also supported by the choice of the instruments. For instance, “Vlinderhoog” (“Butterfly high”), the fifth movement in the work, includes a vibraphone as solo instrument. The typical sounds of the vibraphone perfectly reflect the flight of a butterfly through the air. In the final movement, Jubilate, the trumpets play an important role, their jubilant character immediately creating the right mood for this movement. With its large forces (almost all the instruments used in the work are called for here), this movement forms the climax of the work. By recapitulating the introduction in the seventh movement, a closed cyclical form is created. In order to give this introduction a sense of finality that it lacked the first time around, Coeck now ends the movement emphatically on the tonic.

Non-religious choral music forms the largest part of Coeck’s oeuvre. The titles immediately reveal that these are works for children. A number of clear examples include Dat stuk met die fagot (That piece with the bassoon), Kadeeke (Little rascal) and Poink poink. Dat stuk met die fagot is a good example of Jan Coeck’s pedagogical interests. In this work, for children’s choir, piano and of course bassoon, the instrument is presented through a story sung by the choir. Contact, a suite for mixed choir, instrumental ensemble and two narrators, has 15 sections. Here the goal is a balanced alternation between spoken declamation, instrumental sections and sung sections. As the title suggests, each of the movements deals with a different particular kind of contact. In the texts, the contact is clearly expressed, ranging from love at first sight to the first pangs of love to tender poems with a surprising and humorous punchline. Each musical section is given a different scoring, allowing the scoring to reflect the title and thus contribute to the general atmosphere. For example, the double bass predictably plays an important role in the section entitled “Contrabas” (Double bass). In the section called “La Boca” the accordion is given a prominent place, firstly with its accompanying function while the text is declaimed and then as it comes to the fore in the instrumental section of “La Boca”. The presence of an accordion creates an atmosphere that nicely fits the content of the text, which deals with the contact between 2 people in a café. This music is characterised by its simple language, tonal idiom and transparent structure.

Jan Coeck has written Spanish choral music since the turn of the century. In this period he took part a number of times in a choral competition in Spain (see biography). One work created in this context is El Cabillito, written for girls’ choir and several male voices. The text is by an anonymous Spanish poet. This is a simple work in three short movements. Each movement begins with an introduction played on the piano. In order to create a sense of cyclical closure, Coeck begins and ends the third movement with the introduction from the first movement.

In keeping with his activities as a music teacher, Jan Coeck has written a number of works for Orff instruments. These have been published mainly by Musicerende Jeugd, an organisation that has played an important role in developing childrens’ artistic education. Pavane for a dead Princess is such a work, written for Orff ensemble and piano. The work is characterised by a running accompaniment pattern in the xylophones and the drum, above which a simple melody unfolds in the other instruments.

Jan Coeck’s oeuvre also includes a number of musicals. Residentie Musica is constructed around the idea of an apartment building in which each floor is inhabited by a different note. Using stories, the notes of the C major scale (doh, re, mi…) are introduced one at a time. This musical teaches children the notes of the scale in a fun way. 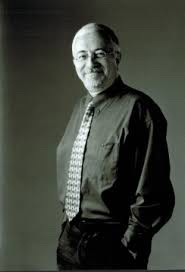