Frits Celis was born in 1929 in Antwerp. He studied at the Royal Conservatories of Antwerp and Brussels, where he earned final diplomas in solfège, harmony, counterpoint, fugue, music history, harp and orchestral conducting. He then undertook further studies in conducting at the Mozarteum in Salzburg and at the Staatliche Hochschule für Musik in Cologne. In 1946 he began his musical career as a harpist in the orchestra of the former Royal Flemish Opera in Antwerp, a position that he held until 1954. In that year he won first prize in a competition for conductors, organised by the Théatre Royal de la Monnaie in Brussels. Shortly thereafter he was the sole prize-winner in a similar competition run by the then BRT (state broadcaster). Because of his love for opera, he chose to work at the Théatre de la Monnaie in Brussels, where he was conductor until 1959. After this he became conductor and music director at the Royal Flemish Opera in Antwerp, functions that he also held from 1981 to 1988 at the former Flemish Opera in Antwerp and Ghent. As a guest opera-[?]conductor he appeared in the Netherlands, France, Germany, the Czech Republic, Slovakia, Spain and the United States. He also appeared many times as concert conductor. In 1960 Frits Celis was appointed solfège teacher at the Royal Conservatory in Antwerp, where he was also appointed transposition teacher 12 years later. As a composer, Frits Celis is known for his songs, choral works, chamber music and orchestral works, which have been performed in many European countries, the United States and Japan. He has also been commissioned to write works for the BRT and the Flanders Festival. In 1992, SABAM (composers’ and performers’ organisation) awarded him the Fuga Trophy, in recognition of his many years of work for Belgian music. Since 1989 he has concentrated almost exclusively on composition, which has increased the size of his oeuvre considerably since that time. At present almost all his works are commissions, for symphonic ensembles, chamber music groups and choirs.

Celis’s first works, written between 1949 and 1963, are still predominantly tonal and characterised by a rather Romantic idiom. Muziek voor strijkers (Music for strings, 1950) op. 1 is a representative example of this style. The work is clearly infused with tonality, although Celis does employ a number of alienating techniques, such as interpolations in keys with a tritone relationship to the home key, thereby slightly undermining the feeling for tonality. In its harmony and lyricism, the second movement is very similar to works by Benjamin Britten.

The Elegie op. 7 for symphony orchestra was written in 1966 after a period of creative inactivity – the result of his time-consuming work as a conductor. This would be the first of a series of atonal works with prominent expressionist characteristics. In order to ensure a sense of coherence, Celis uses the cell technique, whereby he constructs thematic forms out of a three-note cell. The concept behind this work is to a degree related to Strauss’s Tod und Verklärung: the first movement expresses the struggle against death while the second represents a more resigned acceptance. This resignation is represented by a consonant triad held through the last section the piece and thus functioning as a pedal.

In 1974, the composition for chamber orchestra, Variazioni op. 11, signalled a new stylistic period, which drew heavily on the principles of serialism. However, this approach seems ultimately not to have suited Celis’s artistic nature: increasingly, the creative process inherent in serialism, which demands a high degree of rational control, tended to block his creativity. After several attempts in this direction, he returned to free atonality. Frits Celis preferred to leave his melodic invention to his intuition, only thereafter applying his craftsmanship in order to constrain it and fit it into a coherent whole.

Preludio e Narrazione op. 18 for soprano and orchestra (1983) is a setting of the poem De Ouders (The Parents) by Anton van Wilderode, a work that describes two parents’ tragic quest for the grave of their slain son. In both parts of the composition, a diminished fifth is heard repeatedly, obsessively piercing the whole musical fabric, and thus symbolising the inevitable fate of war. With lyrical phrases, unstable rhythmic structures and shrill melodic fragments, Celis sets out to paint the emotions of hope, fear and malaise.

These pictorial qualities are also found in Melopee op. 52 (1994), a musical setting of the poem of the same name by Paul Van Ostaijen. Through the use of a prelude, interlude and epilogue, the accompaniment of the (mezzo-) soprano part contributes significantly to the dreamlike, nostalgic atmosphere that permeates the poem. The word “schuiven” (shift, slide, glide) returns like an obsessive event in each sentence: the river sliding by, the shifting phases of the moon, the gliding canoe… This gliding effect is reflected in the musical progression, partly through the long spun-out vocal phrases with long notes, and partly through the quietly advancing syncopated instrumental scoring. The sounds literally slide through each other.

Celis wrote Elégie pour un Faon op. 69 for alto flute and string quartet (2001) in the context of a project by the ensemble Arco Baleno around the Carnaval des Animaux by Camille Saint-Saens. Elégie depicts the death of a young deer, and forms a protest against hunting in general. The opening theme, consisting of several ascending intervals, is repeated at the end of the work in a descending version, the composer’s way of representing the animal’s life force and ultimate death. The use of the alto flute gives the whole an intimate atmosphere.

The four-movement Sinfonia II op. 20 (1986) reveals Celis’s abilities as an orchestrator, talents acquired partly through his career as a conductor. The thematic material is varied by a different instrumental group in each movement: first the brass instruments, then the woodwinds, then the strings – each time in combination with a different percussion group. The whole orchestra plays in the fourth movement. The application of the cyclical principle to the thematic material gives the composition a clear and cogent structure, and together with the highly developed counterpoint, demonstrates the composer’s technical craftsmanship.

This predilection for highly polyphonic and yet transparent lines – like the use of the cell technique, a reference to serialism – is much more evident in Celis’s chamber music works, including the one-movement Quartetto d’Archi op. 41 for string quartet (1992), and the Quintetto for oboe (also alto oboe) and string quartet op. 57 (1996). In such scorings, the composer always attempts to achieve an equality of the different voices, partly to obtain a blend of the different timbres and partly to offer the performers an interesting score.

Frits Celis composes not only for himself but aims primarily to reach a motivated and informed audience: “the goal is to be heard”. He believes that not only the listener but also the contemporary composer himself must bear some responsibility for the creation of the infamous gulf between them: contemporary music that is in the first place cerebrally conceived is often experienced as cacophonous and chaotic, even by the serious music lover. Seen from this perspective, Celis prefers an accessible lyricism and in no way rejects consonance as an expressive medium within his atonal sound world. Nonetheless, his artistic integrity never falls prey to any kind of commercialism. At the same time, he avoids experimentation for its own sake, based on a belief that this seldom speaks to the sincere and well-disposed listener. 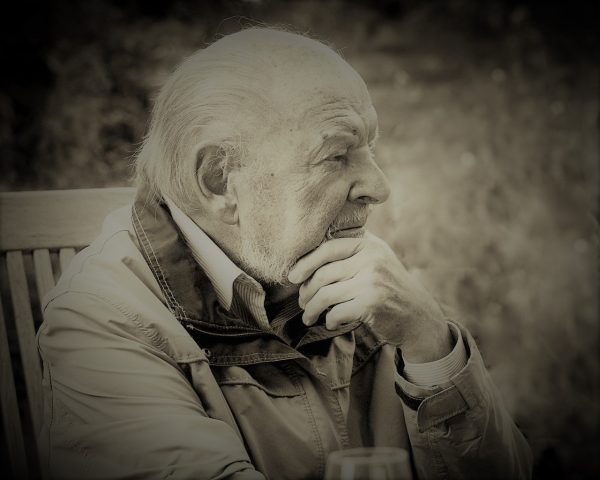