Boudewijn Buckinx was born in Lommel in 1945. He studied at the Antwerp conservatory at the Institute for Psycho-Acoustic and Electronic Music (IPEM) in Ghent. He studied composition with Lucien Goethals. From 1966 to 1974, Buckinx gave concerts with the work group WHAM (Work group for contemporary and actual music). In 1968 he studied with Karlheinz Stockhausen at the Kompositionsstudio in Darmstadt, working with the composer on the project entitled Musik für ein Haus. Buckinx has also been strongly influenced by Mauricio Kagel and John Cage; in 1972 he wrote his final major paper at the Katholieke Universiteit Leuven on Cage’s Variations. The intention of WHAM was to attract specialists from other disciplines, such as, for example, philosophers and painters. Amateurs who were involved with the music process also found a place in WHAM. Besides performing Cage, WHAM focused on the music of Christian Wolff and Cornelius Cardew. The final concert of the work group took place in 1974 with Buckinx’s composition Sinfonia a Quattro velocipedi. After this followed a period of five years during which Buckinx composed but had none of his works performed. In 1988, he was the Belgian guest at the second edition of the Week for Contemporary Music in Ghent. A concert serving as a portrait of the composer was given in Kiel (Germany) in June 1991. Similar “Buckinx concerts” took place in the Espace Delvaux in Brussels and the Club Mineral in Ghent. His Negen onvoltooide symfonieën (Nine unfinished symphonies) were premiered as part of “Antwerp ’93, European Cultural Capital” by the Royal Philharmonic Orchestra of Flanders. In 1993 a nine-day-long Buckinx festival was held in De Rode Pomp in Ghent. In 1988, together with the composers Gerard Ammerlaan and Jacob ter Veldhuis, he was involved with the opera project Van alle tijden – van alle streken (From all times – from all places).

Boudewijn Buckinx is numbered among the postmodernists. He evolved from being an avant-gardist to being the leading postmodern figure in Belgium. Although there are no avant-garde stylistic elements audible in his most recent music, he never truly repudiated modernism. Even the “easy” works in his postmodern style betray the spirit of the social critic. Buckinx began to compose from an early age. His first composition dates from the age of eight. He would later destroy everything from this period, with the result that his earliest preserved composition dates from 1955. He studied the technique of composition with Goethals and Stockhausen. At the IPEM in Ghent he experimented with electronic music. Slöjd (1966-68) was the first work that was created in the context of the WHAM. After these first compositions, which are closely related to the musical avant garde, Boudewijn Buckinx moved on to postmodernism. A number of elements which return regularly are the use of working titles and a form of “everyday” composition. Since it is difficult to assign a particular style to Buckinx, his approach has sometimes been characterised as a “quasi” style: his music can be “quasi-Stravinsky”, “quasi-Ives”, “quasi-Strauss”, and so on. Typical of his work is the avoidance of all extremes, both in terms of tempi and dynamics. These different aspects of his music will here be looked at in more detail. In the period 1974-83, Buckinx became intrigued by the notion of “translating” or converting materials into music. His cycle entitled Basho’s Reisschetsen (Basho’s travelogues) (1977-79) is a good example of this. Another work which came into being in this way is the Symphonisch gedicht (Symphonic poem). This work was created in collaboration with Jan Hoet. The subject here is seven almost identical paintings which incorporate sounding objects. Here we encounter for the first time the use of working titles: a work receives an extra meaning through the use of the title “symphonic poem”. The symphonic poem is traditionally a musical work illustrating an extra-musical subject, such as a landscape. This approach is applied very literally here, as the paintings are actually filled with sound The result is an ambiguous relationship between the title on the one hand and the musical conception on the other. Other working titles are conceived in terms of such daily realities as Voor het vertrek (op vakantie) (Before leaving (on vacation)) and Blijf aan de lijn. Wij verbinden u door (Stay on the line. We’ll put you through). These working titles are reminiscent of Erik Satie. He in fact makes direct references to Satie in works such as De Apotheose van Sabbe voor Sarasate (of viool), Satie (of piano) en Sabbe (of cello) (The apotheosis of Sabbe for Sarasate (or violin), Satie (or piano) and Sabbe (or cello)) and in Drie stukken voor Peer in de vorm van “drie stukken in de vorm van een peer” (Three pieces for Peer [a city in Belgium] in the form of “three pieces in the form of a pear”). Such working titles can also conceal the world view implied in a reference to music-history. The title can in this way be considered to be a postmodernist addition. His Negen onvoltooide symfonieën thus refer to the “Unfinished” element present in all Romantic composers. The symphonies by Buckinx are considered unfinished. The composer has the following to say about this: “These are not works of music, over and out, no, they are rather suggestions for sound. The performer must fill them in and the listener must interpret them.” He goes on to say that “the “unfinished” refers to an attitude.” It is the attitude of a permanent “unfinishedness” of a composition. In this he goes against the urge to create the “masterpiece” which must be considered finished and perfect.

Buckinx’s style is a “quasi” style. In his Negen onvoltooide symfonieën, nineteenth century music can also be heard. He sometimes quotes literally, sometimes makes use of ideas, concepts and forms. The third symphony of the series is an eroica symphony, consisting only of a very short coda lasting 40 seconds, with nothing preceding it. The ninth symphony is a work for choir and orchestra on texts from the Universal Declaration of Human Rights combined with texts by Heine. Besides the use of working titles, “everyday” compositions are highly characteristic of his output. In these compositions, Buckinx accepts the result of the moment. He applies this approach in Curriculum vitae (1984), in which he attempts to avoid any kind of structure or system. In such works, the influence of Cage is evident.

In addition, Buckinx has been influenced by Eastern philosophy and Zen. His curriculum vitae is full of Zen sayings. Eastern philosophy can in fact be applied to all his works. Buckinx’s music is completely immersed in this philosophy of life. The references in his titles are often false scents, alienating elements in relation to the music itself. Buckinx has produced an extensive body of work. His catalogue of works (BBWV: Boudewijn Buckinx Werk Verzeichnis) numbers more than a thousand works. 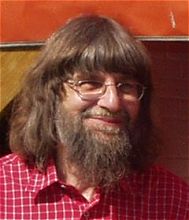