Luc Brewaeys was born in Mortsel on 25 August 1959. He studied composition at the Brussels Conservatory with André Laporte, also undertaking studies in piano and conducting. In addition he participated in summer courses with Franco Donatoni (Siena) and Brian Ferneyhough (Darmstadt, 1982), while coming into contact with Tristan Murail (from 1982) and Iannis Xenakis (Paris, 1980-84). He was recognised from early in his career with numerous prestigious international composition prizes. He was composer in residence at deSingel concert hall in Antwerp for the 1988-89 season, guest composer in 1989 for the fourth edition of the Week for Contemporary Music at the Ghent conservatory, and from 1991 to 1992 he was composer in residence of the city of Saint-Nazaire. Since 1985 he has worked as a sound engineer at the Flemish Radio (VRT). From 1991 to 1994 he was a guest teacher in analysis of contemporary computer and electronic music at the Brussels conservatory. From 1998 to 2000 he taught composition and orchestration at the conservatory in Ghent. In 1999 he received the Blanlin-Evrart Culture Prize from the Katholieke Universiteit Leuven. Luc Brewaeys has been commissioned to compose works for such ensembles as Ictus, the Beethoven Academie, the Ensemble Itinéraire, Lukas Foss, the Royal Philharmonic Orchestra of Flanders and Royal Theatre of the Monnaie. During the season 2003-2004 he was composer-in-residence at BOZAR (Brussels).

Among his compositions to date, Luc Brewaeys has written six symphonies, the chamber opera Antigone, two string quartets and a great number of solo works (especially for woodwind instruments). He almost always provides his works with very unusual titles; recent examples include a number of works named after single malt whiskies. With his six symphonies, Luc Brewaeys may be numbered among the few remaining large-scale symphonists. Although this genre has long been written off by many avant-gardists, he has successfully been able to combine an essentially New Music with this “old” genre, to a large degree through the highly personal manner in which he handles the orchestra. Starting with the music for the 1983 film, Het raadsel van de Sfinks (The riddle of the sphinx), this composer’s works have been based on the principle of so-called “spectral music”. Of the music written before 1983, only two works have been preserved: Parametric Permutations (1982) for solo bassoon, and Trajet (1982) for piano, ring modulator and 11 instruments. These works are in part products of the post-serial tradition, although Trajet, with its great attention to timbre and strong harmonic homogeneity, clearly looks forward to the later spectral works.

Spectralism’s roots may be found in the work of a number of French composers in the 1970s, the most important of which were Tristan Murail, Gerard Grisey and Hugues Dufourt. These composers took a sound’s overtone spectra as the point of departure for the construction of their chords. In this way they set out to blur (theoretically) the demarcation between timbre and harmony. Since his contacts with Murail, Luc Brewaeys has made consistent use of the spectral technique. This influences both the harmony and the melodic contour, as well as the instrumentation. The harmony is relatively static and very homogeneous, with the fundamental sustained over a long period as it is systematically “coloured in” by the spectra. Even within the limits of one harmonic spectrum there is more than enough room for a very subtle harmonic refinement. Brewaeys’ feeling for timbre is especially effective within the context of this static harmonic environment. The coherence of his works is assured, according to Brewaeys, by the extremely tonal relationship between the fundamentals, especially when complex and dissonant chords are used. The melody too is derived from the spectra of overtones. In this he draws particularly on the register comprising overtones 8 to 16, which consists primarily of major and minor seconds. The overtones above 16 are microtones, which Brewaeys tends to use more as colour elements than as independent melodic degrees. The specific instrumentation can also often be explained by this spectral procedure. We have only to consider the frequent use of “multiphonics” or of live electronics, whereby the overtone spectrum of particular instruments is distorted “in real time” by means of a computer.

The term “spectralism” is not sufficient, however, as a complete characterisation of Luc Brewaeys’ music. It is impossible to ignore the exuberant and spectacular character of this composer’s music, which is remarkable for its rhetorical and theatrical style. Particularly striking are the large forces required, the unusual instrumentation and playing techniques, the spectacular use of space and the thrilling climaxes. In connection with the unorthodox playing techniques (including toneless blowing and scratching sounds), Brewaeys has himself acknowledged a great admiration for Helmut Lachenmann, who has increasingly abandoned the traditional vocabulary in order to go in search of new sounds. Examples of unusual instruments include the oil tank, the bottle-organ, cardboard megaphones, the bathtub, the hose and the water gong. There is a constant attempt to approach these instruments in an integrated way, using them chiefly in the service of the (totally) new sound world for which he is aiming. Particularly noteworthy is his imaginative and efficient use of percussion instruments. His fifth symphony, for instance, calls for an enormous and exotic arsenal of percussion consisting of 120 instruments and no fewer than 10 players. This work includes a scherzo for 16 kettledrums. Considered in juxtaposition with these extrovert characteristics, the stringent mathematical time construction becomes even more striking. The only aspect of composition that Brewaeys sketches out ahead of time is the distribution over time: prior to composition he establishes time blocks, which must then be provided with music. He often makes use of the proportion of the golden section in order to arrive at these blocks. The strict construction never inhibits the expressive character of these works, and is rather a condition for such expression. This music remains chiefly characterised as the work of an extrovert man. 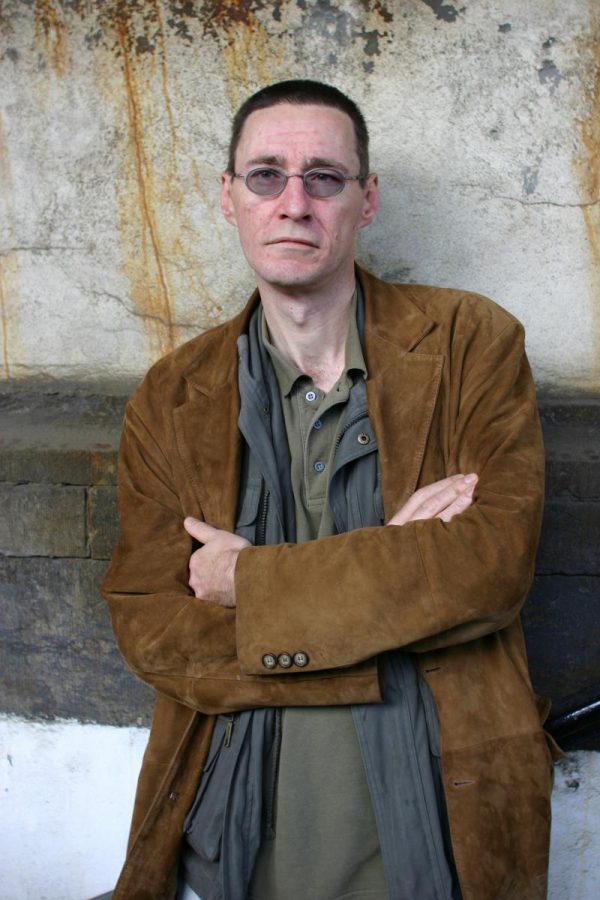