Conductor and composer Filip Bral was born on 22 January 1966 in Kortrijk. He undertook his professional studies at the Lemmens Institute, where he earned diplomas for horn, fugue and orchestral conducting with, respectively, Piet Dombrecht, Christian Vereecke and Edmond Saveniers. He also took lessons with composer Luc Van Hove. Bral pursued advanced studies in conducting at the Musikhochschule in Vienna with the renowned orchestral conductors Karl Österreicher and Leopold Hager. In 1993-94 he was a postgraduate conductor at the Guildhall School of Music and Drama in London.

Filip Bral can already look back on a successful career as a conductor. In 1996, as a finalist at the Tanglewood Music Center, he conducted the Boston Symphony Orchestra and was invited by Seiji Ozawa to work together with other illustrious conductors such as Bernard Haitink, Reinbert de Leeuw, Gustav Meier and Robert Spano. Bral has made recordings for the Flemish Radio and Television and has also led a number of opera productions. Since 1996 he has worked regularly as an assistant at the Opéra Royal de la Monnaie and the Flemish Opera. In 2000 Filip Bral took over the musical direction of the miniature opera Brundibár by Hans Krasá, directed by Tine Buyse and performed at the Monnaie.

In March 2001, his musical fairytale, Luna van de boom (Luna of the tree), a composition for narrator and chamber music ensemble, which was developed together with author Bart Moeyaert and illustrator Gerda Dendooven, was awarded the Gouden Uil Prize for Youth Literature. Luna van de boom has toured widely in recent years both in Belgium and abroad, and appeared for three weeks on Broadway in April 2005.

During the 2005-2006 season, Luna van de boom was taken to Barcelona for the second time. The musical comic strip Mijn hart is een pinguïn (My heart is a penguin, 2002), directed by Willem de Coster, was created as part of the Culture 2000 Program of the EU in collaboration with Kulturhuset (Stockholm), Szene Bunte Wähne (Vienna), Teatralia (Madrid) and Stichting Kamermuziek Amsterdam.

A number of productions form part of the concept of the Pantalone Art House, which as a musical theatre organisation and publisher strives to arrive at a poetic synergy between music, word and image. Pantalone unites artists from different disciplines in productions that can take on different forms: from a musical picture book to a multimedia children’s opera or an illustrated concert. The common theme is the music out of which Pantalone aims to create a world full of poetry, colour, form, movement and play, a world that can excite adults as much as children. By awakening children’s ability to listen and feel, Pantalone hopes to lay a foundation for the future. Filip Bral is in charge of the artistic direction of Pantalone and also works for the organisation as conductor, composer and arranger. Bral provided the musical concept for MaanDag (Monday or Moon-day, 2005), a “bunny ballet” about little deeds and big worries. Here, the composer integrates music by Shostakovich, Kreisler, Pärt, Britten, Piazzolla, Ravel, Stravinsky and Cage with his own compositions. MaanDag unfolds as a live picture book, energetic and poetic, light-footed and philosophical, as if a paragon of the harmonious relationship between music, word and image. Mozart Onvoltooid (Mozart unfinished, 2006), directed by Darren Ross, is a multimedia children’s opera, with music taken from such operas as Zaïde, Die Entführung aus dem Serail, Le Nozze di Figaro and Così fan tutte, performed by 3 soloists (tenor, soprano and bass) and an orchestra of 10 musicians, all under the musical direction of Filip Bral. This production was the result of an invitation from the organisation of the Vienna Mozart Year 2006 in co-production with the Théâtre Royal de la Monnaie and Dschungel Vienna.

Filip Bral’s compositions form part of a wider project in which the composer interweaves image, word and contemporary music into music theatre performances for young and old. Bral’s music is thus not only a way of illustrating charming fairytales with sound, but also has didactic aims, such as providing young people with an intriguing initiation into the fascinating world of contemporary music. In stylistic terms, this intention tends to result in a classical-sounding musical language that follows and refines the rhythms of speech, translating the images into music with clever musical effects that betray the experimentalism of the contemporary sound idiom.

Luna van de boom (2000) is a musical picture book for children and adults. Filip Bral discovered the Slovakian fairytale Berona by chance and became so fascinated with it that he immediately set about putting it to music. Youth-literature author Bart Moeyaert took on the story, retelling it in his unmistakable style, with striking use of original, humorous and repetitive fairytale formulas. The rhythmic use of language accords very well with Bral’s musical setting. The combination of music and story results in a fairytale-like, expressive and infectious musical telling with fine details and a mysterious undertone. For each character, Filip Bral went in search of a suitable colouring and themes that musically translated the character traits. For instance, the youngest prince is associated with a melancholic viola and cello part and plays sweet melodies on his willow flute as he reveals the secret of the tree with the golden apples, to the Orpheus-like accompaniment of a harp’s nostalgic colours. The mysterious girl Luna is heard in all her enchantment in a high, almost ghostly register and with a fragile timbre achieved in the highest register of the violin. For the binges of the haughty older brothers, Bral employs a familiar children’s melody in order to paint a picture of the grand wine and cheese party. This exuberance is then interrupted by shrill dissonances representing storms and icy blasts. The fairytale ends in a sweet passage for children’s choir, in a diatonic unison, suggesting the obligatory “and they lived happily ever after”. Bral also uses a reminiscence motive (cis-gis-a-gis) that is played by the piano, harp, vibraphone or strings every time the listening children are allowed to turn a page of the colourful picture book. 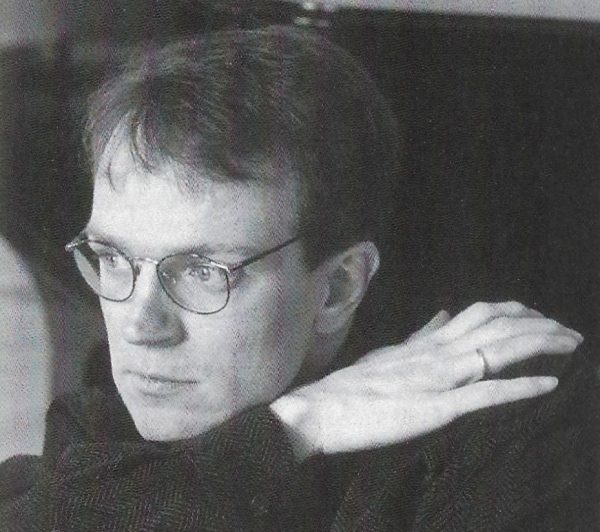