Joachim Brackx was born in Oostende in 1975. He studied composition at the Royal Conservatory in Ghent under Godfried-Willem Raes, concentrating on experimental music and making use of electronics and computers. During his studies he took part in a project with Hervé Thys involving new-music pedagogy based on free improvisation. Numerous works by this composer have been commissioned by such ensembles and institutes as the Verenigde Cultuurfabrieken, the Goeyvaerts Consort, Champ d’Action, Spectra Ensemble and the recorder quartet Carré.

Brackx is active in various internationally renowned choirs such as the Capella Currende (E. Van Nevel) and Collegium Vocale (P. Herreweghe). He is also a founding member of the Goeyvaerts Consort, a young vocal ensemble specialising in contemporary vocal music in all its forms.

Since 1998, the year in which he earned his masters degree in composition, he has taught composition at the Hogeschool Gent in the Department of Music and Drama. There he introduces the students to electronic and electro-acoustic composition.

As a specialist in live-electronics, he works together with various ensembles for contemporary music such as Champ d’Action. Joachim Brackx was Young Composer in Residence with this ensemble in 2000, after winning a composition competition under the direction of Klaus Huber. Until 1 March 2001 Brackx worked at the Stichting Logos, a concert organisation for contemporary and experimental music, where he was in charge of public relations, publicity and the design and maintenance of the website. He was also a member of the Logos Ensemble and the Logos Trio. As a singer he has performed with this trio in Poland, Germany, Indonesia and the United States. From 2001-2003 he was junior fellow at K.U.Leuven’s musicology department, involving teaching and composition.

During his studies, Joachim Brackx focused particularly on experimental and electronic music. In various compositions from this period, he leaves various parameters un-predetermined, thus allowing the performer to add something to the score. Musicians are, for example, free to choose between different notes; or sometimes he consciously omits indications of dynamics or phrasing. In the graphically notated Indiscrete Sounds for cello, electronics and voices (1996), the length of the work is left open. The piece consists of five sections, without a set order and performable in a number of different ways (through the graphic notation of, among other elements, the pitch and the pressure of the bow), allowing for a duration that can range from 30” to 2’30”.

The texts used for his vocal music can also be the basis for experimentation. The different possible ways of translating the Chinese Orchid Pavillon by Wang Hsi-chich (321-379) into English are reflected in the potentially different interpretations of Brackx’s similarly-named composition for voices, percussion and electronics. These differences are made possible because the pitches of this work, which he wrote for his final exam in 1998, are not specified. In his music, Brackx goes in search of the essence of sound and an expressive approach using a minimum of means. Quiet Beings for clarinet and piano (1998) is a first attempt to translate this idea in a very extreme manner. This ode to silence is thus a pivotal work in Brackx’s budding career as a composer. In musical terms, this leads to an “essential” approach to composition, in which he is more likely to scrap a note than to write a new one, and in which he tends toward the quieter side of the volume spectrum. This composer attempts to return to the essence, divested of any bombast, fluff or empty pathos. Quiet Beings is made up of five sections without a set duration and with a transparent, audible form. This latter quality illustrates another characteristic of Joachim Brackx’s music, the importance of the sounding result: if an ingeniously worked out structure or other musical element is not audible, it is pointless. This belief applies particularly to the texts used in Brackx’s vocal compositions. It is important that listeners be able to understand and grasp the meaning of the text.

With this in mind, the text in Shifting Fields for two mixed choirs, soprano, countertenor, violin, viola, cello, percussion, flute, bass clarinet, piano and electronics (1999) is first presented a capella in a whisper. This saga about the gods is comprised of writings by Leopardi, Heine and an anonymous Chinese author. The basic idea of the work is the emancipation of the human being in relation to religion. Simultaneously and in parallel with this, Brackx attempts in this work to emancipate a musical language: for example, he attempts to “reclaim” music that is normally termed as religious because, for instance, it is full of long notes: the link between a musical language and an idea must be broken.

A number of titles of his compositions refer specifically to Brackx’s concept of “shifting” (Shifting Landscapes, 1998, Shifting Landscapes II, 1998 and Shifting Fields, 1999). In these compositions, Brackx creates continuously shifting fields: at one moment there are slowly evolving sound-masses, which then change to exactingly formal landscapes with clearly delineated lines and a transparent structure (e.g., clusters that accumulate and then disperse). Brackx is very interested in the how and why of the creating, performing and receptive process. In addition to his own function and position as a composer (the co-producing of contemporary culture) and that of the musician (not a slavish performer; cf. his experimental music), he seeks also to emphasise the role of the listener. He aims to get the listener thinking about his or her relationship to and perception of sound. By writing very quiet music, for example, he forces the listener to concentrate harder and thus to listen with more awareness; or by encouraging the audience, during a performance of Shifting Fields, to move around in the space and even to contribute something to the musical discourse. The listener is forced to become aware of his or her part, contribution and function in the creative process. Similarly, {G}rayns (2000), written for Champ d’Action, explicitly makes such demands. This composition, consisting of two movements separated in time, deals with musical memory. The music of the first movement is recorded during the performance. The tape is then cut at specific points and, after several other compositions, the resulting fragments are combined at random with the music of the second movement. This combination of known musical structure and new material invites the listener to listen in a more intense and aware way. 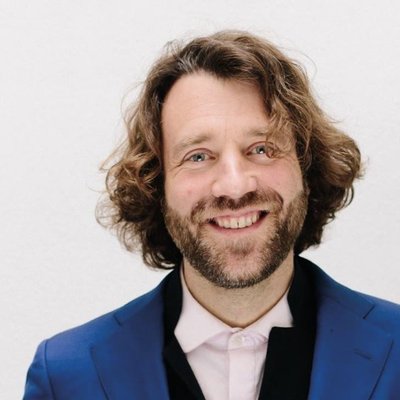