Yves Bondue, born in Ieper, is a kindergarten teacher by training and completely self-taught as a composer. He is also an actor and a presenter. He combines music and teaching in his collections of songs and his stories for children, although these works do not represent the largest part of his activities as a composer. Bondue is active in practically all musical genres, from vocal music, chamber music and piano works, to theatre music, opera (Gemeenschap, 1998, on a libretto by Wim Dewulf, based on Franz Kafka) and musical (one work, 2003). He has worked both in Belgium and abroad, at the invitation of numerous leading music ensembles and choirs, theatre groups, music academies, Youth and Music, theatres, art centres, and commissioned by cultural centres, cities, provincial governments and the Flemish Community. In addition, he has also had works commissioned by such organisations as Anno‘O2, Limelight, Polydans, the Logos society, and the VRT radio (Flemish public broadcaster). As a composer, improviser and performing actor he has been closely involved in the activities of various theatre producers since 1991. He formed his own production house, Cie de OorSprong in 1998. He is also guest teacher at a number of drama, music and music-drama schools. Yves Bondue has received prizes for his chamber music, including the SABAM Prize from the Belgian Artistic Promotion (BAP) (2000) for his chamber music.

Yves Bondue began his activities as a self-taught composer around 1987 with the composition of mostly small-scale works, such as Cinq Chansons, Zes spelen en interacties (Six games and interactions), Antiphon, and Toeval en inertie (Chance and inertia) for clarinet and piano. In this period, up to the mid 1990s, he went in search of his own musical language, which he feels he found around 1994-95, and consolidated in Vier ruïnes (Four ruins). Starting from Isolectio and Vier ruïnes, Bondue attempted to form larger structures and became more interested in big musical architectures. Out of this striving for organisation there resulted a major output of theatre music (begun around 1994), as well as his first orchestral works (Bedreigde stad, Endangered city, 1994).

Despite the fact that he was not trained within a particular musical tradition, the music of Yves Bondue is clearly infused with traditional compositional techniques. The traces of techniques such as counterpoint, and systems such as tonality and dodecaphony are clearly present. These systems and techniques are, however, not used as systems in and of themselves, but rather form starting points that offer the composer a range of possibilities. Equally, on the level of instrumentation, tradition and innovation are combined by making use of traditional scorings enriched by other instruments – often instruments that do not belong to the West-European standard, such as the zither, the Chinese flute and hurdy-gurdy – in his soundscape theatres Irish Whiskey (1994) and Black Cat and POEtry (1997).

Tonality is one of the musical aspects that Yves Bondue uses in his combination of tradition and modernity. Clearly-defined tonal regions are often juxtaposed (as at the beginning of Isolectio, when a clear G minor tonality is insinuated). Through the absence of tonal functionality, it is impossible to speak of “tonality” as a system. The composer does not shy away from tonal developments and triads, as such a rejectionist position can itself be a kind of dogmatism. In clear contrast, there are also passages that, unrelated to any tonal context, focus on sound (through the use of clusters or quasi-toneless passages, as in Trisagion). The whole chamber-music oeuvre is pervaded by this ambiguous harmonic stance.

In terms of motifs, the influence of repetitive music is especially strong in Bondue’s works, as a particular musical element (a motif, a rhythm, or a combination of both) is continually repeated and shifts in the voice leading in such a way that on the level of simultaneity or “harmony” the music is nonetheless subject to change. Even in an early work such as Vier ruïnes for violin, cello and piano (1995), repetition and minimalism are structural principles. In each of this work’s four movements the musical material is structured in such a way that by the end of the movement only the core, or foundation, remains – as in ruins, in which after many centuries the ornamental elements disappear and only the foundation is left. In the final movement, played as a trio throughout, the piano part plays a continuously repeating twelve-tone motif. This motif is repeated more or less constantly throughout the whole movement, but is gradually broken down or “ruined”, until only one note remains (e-flat).

Repetitive processes are also present in all three movements of the first clarinet quartet, Tussen stof2 en oud hout (Between matter2 and old wood). This is most clearly noticeable in the first movement, which is built almost completely on this repetitive process – with the exception of the glissando passage half-way through. In the bass clarinet the repetitive element is limited to a single-note motif, which, thanks to a structure which does not fit into the 4/4 metre, shifts constantly within the bar. The three clarinet parts share material that consists of repeated semiquaver figures, quintuplet outbursts and a terse motif with large intervals. By constantly lengthening or shortening the rests between the repeated motifs, changes are perceptible even though the material itself remains unchanged. In the second movement of this string quartet, nocturne (“ce qu’on entend dans la nuit”), the repetitive principle (which is not consistently applied as a principle, however) is combined with the composer’s preference for spun-out cantilenas. The repetitive material is here in the inner voices and the cantilena in the first clarinet and the bass clarinet.

The music of Yves Bondue is also characterised by a great metrical and rhythmical diversity. Here too, the repetitive plays a major role when a rhythmic element is taken as the point of departure. In other situations, as in Parabolus in Musica for 2 accordions and bass clarinet, the rhythms have a very folky feel, with many very lively metrical shifts. As with the harmony, these shifts have not been developed into a principle. Very often, the lively, driving movements are interrupted by cutting short the linear process, as attention shifts to the sound itself. The whole opening passage of Parabolus in Musica consists of held notes which unfold rhythmically only one at a time. Trisagion for clarinet and piano also features interruptions of the linear time-progression, making use of the element of chance, without actually moving into the realm of aleatory music. The piano plays chords above clusters in a very quiet dynamic, while above this the clarinet sets out from a soundless situation in which the reed is not allowed to vibrate and then gradually transitions into an audible trill figure. The notes to be played here are only roughly indicated. Trisagion, with its many variations in character and style, is a highly differentiated work, initially expressed in homophonic settings. This is alternated with an interruption of the musical process, a scherzo-like middle movement and finally a very flowing concluding movement. With its canonic techniques, this final movement shows many similarities to Parabolus in Musica.

Besides the Bartokian liveliness of his rhythms, the different rhythmic lines also contribute to a contrapuntal whole, in a “counterpoint of rhythms”. In Isolectio, however, after the introduction (which, as mentioned, explores triadic motifs), there is a passage with driving rhythm in the lowest voice (cello) followed by uniform fugal entries in crotchets in the upper voices. The composer has thus reversed his way of working here: the focus is now not on rhythmic-contrapuntal lines but on melodic-contrapuntal lines with uniform rhythm. As in other applications of compositional techniques based on systems, the fugue is not worked out as a system per se, but is used purely as a compositional technique. 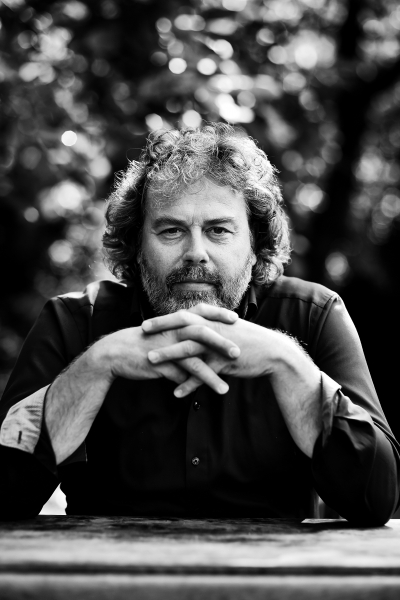