Peter Beyls was born on 2 June 1950 in Kortrijk. After his studies in electronics at the VHTI (technology college) in Kortrijk, he studied sound engineering at the Royal Conservatory in Brussels. He also studied computer science at the Rijksuniversiteit Gent. He was for a time a technical assistant at the IPEM (Institute for Psychoacoustics and Electronic Music) in Ghent and a teacher of electronic music at the Academy of Fine Arts in The Hague. Since the early 1970s he has made use of computer media for the production of sound and image.

At present, Peter Beyls lives in Ghent and is intensively active in the development and creation of independently-thinking computer programs. To this end, he has travelled the world, living in various places in order to give lectures in connection with the application and use of these new media. He has also worked at a number of institutes abroad, such as the ICSM (International Society for Contemporary Musicians) in Hong Kong and the Electronic Music Studio in Stockholm. Besides lectures he has also given live performance-productions, including appearances in the United States, Canada and Japan. Peter Beyls was a researcher at the Artificial Intelligence Lab at the Vrije Universiteit Brussel and the Centre for Research in Science and Technology for the Arts in Porto, Portugal. He has taught digital culture at LUCA School of Arts Brussels and the School of Arts Ghent.

Since the 1970s, Peter Beyls has worked as a composer and visual artist, researching and exploring the artistic potential of electronic and digital media. An evolution can be seen in the composer’s work, matching the constant evolution in new media. When the first chips and transistors were made available, Beyls and Michel Weisfish set up the crackle box project. The aim of this project was to convert cigar boxes into little musical instruments that could be played with the fingers. This was, of course, combined with the latest technological gadgetry, such as the transistor and the computer chip. Beyls turned to developing music with tape, particularly in the 1970s. One example of this is Dialoog for 2 synthesisers with tape transport (1974). Another work from those years is Rothko (1977). As the title suggests, Peter Beyls took the works of Rothko as his source of inspiration. He composed this work after visiting Rothko exhibitions all over the world.

On one occasion in the 1980s Beyls turned away from compositions with tape, to make use of the new MIDI system. Before the advent of this system the composer had built his own equipment, developing various different hardware projects. With the arrival of MIDI, this was no longer necessary. In the 1980s as well, he gave many live performances, in locations all over the world. Statements of innocence (1989) is an example of such a live performance. For this event, he developed an infra-red violin, the strings and bow of which were equipped with infra-red sensors. The infra-red signals so produced were then electronically transformed into sounds. In this period, he also collaborated frequently with Karel Goeyvaerts, whom he helped with the editing of tapes, among other things. Beyls collaborated with Lucien Goethals to develop many synthesised sounds. The aim of Beyls’ music is to bring dynamics to life audio-visually in an imaginary world. An important work from this period, which can serve as an illustration, is The life and times of Oscar (1985). Beyls has subsequently made a number of versions of this work. He is at present working on a new implementation of Oscar. The idea behind this work is to develop an artistic evolution out of an intimate dialogue between human and machine. The machine is not seen as a mechanical extension of humans, but as an independently thinking brain that can work out its own creative ideas. It comes down to framing a dialogue between man and machine. The idea is that Oscar – a term derived from “Oscillator Artist” – attempts to express his character while at the same time trying to integrate himself into a larger social context. This results in a continuous process of conflict resolution, which is the motor for the whole concept. The program consists of a complex system of different modules comprising, among other things, a neuron network that produces an event out of the tonal material that comes in. Also in the system is a complex memory diagram and algorithms that analyse the incoming MIDI waves. Oscar thus comes into contact with the outside world through a MIDI connection, such as a keyboard. When a signal comes in, Oscar does something with it. If he hears nothing for a long time, he starts to reflect and work out something to do with material filed in his long-term memory. This long-term memory is complemented by a short-term memory. Oscar possesses various generative methods for producing material. One of these methods is an ensemble of interactive “musical agents”. Each of these virtual musicians, of which there are 8 in the most recent implementation, has a certain character which can be altered or put on “automatic pilot”. The characters then interact with one another when in close proximity.

Oscar’s brain consists of sensors, neurons and activators configured in a random network. The brain has not been developed with the intention of explicitly having particular characteristics. Rather, an implicit evolution is intended, as an alternative for a concrete and permanent development of a brain. Such brains are seen as genetic material. Evolution takes place by combining genetic material and introducing small alterations (mutations), resulting in new material which in turn can be combined. In this way, an infinite number of new combinations can be created, in a process that can thus be described as an implicit evolution. This evolution is a blind process which permits one to invent hitherto unknown objects and to achieve a degree of control over a certain complexity without necessarily completely understanding it. The intention of this whole project is to create a certain climate in which both humans and machines can make a contribution to the expression of musical ideas. Peter Beyls’ aim is to make this system available for other composers to work with.

Most of Beyl’s works are recorded in the archives of the IPEM (Ghent, Belgium) 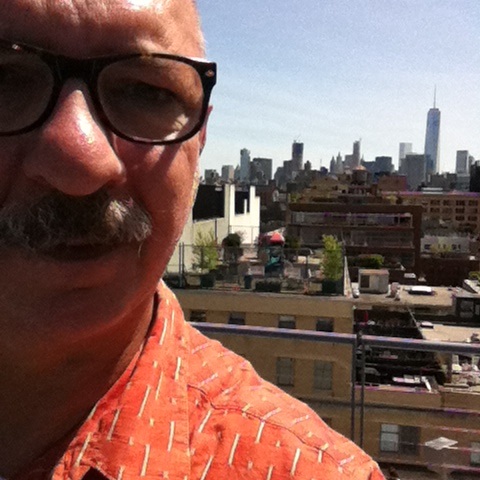