Paul Beelaerts, born in Oostende on 19 July 1949, studied at the Royal Conservatories of Ghent and Brussels, where he earned first prizes in solfège, music history and English horn, as well as higher diplomas for oboe and chamber music. He then took master classes with Heinz Holliger and Maurice Bourge, as well as extra studies in Baroque oboe under Paul Dombrecht and Helmut Hucke. He was first prize winner and was awarded the Europa Prize in the Pro Civitate Competition in 1971 and in 1973 he was a prize winner in the Tenuto 73 competition for oboe. He is completely self-taught as a composer. Beelaerts was guest composer at the ISCM festival 1983 in Aarhus (Denmark). In 1977 he again won the Tenuto Prize, this time for composition, for Permutations on a theme of Martinu. In 1980 he was awarded the Nausika Composition Prize for Oppervlakkige Charleston (Superficial Charleston). He is often commissioned to write compositions for ensembles and choirs. At present he teaches oboe and woodwind literature at the Royal Conservatory in Ghent and chamber music at the Lemmens Institute in Leuven. In addition, he forms part of the Aquarius project (Antwerp Conservatory).

Beelaerts grew up in a family which listened to the traditional canon of classical music (roughly speaking, Bach to the Romantics). He began to compose at an early age. Convinced that twentieth-century art music needed to develop further, he began to write in an extreme avant-garde style in the 1970s. Boris Blacher provided the example for his Trio (1970). The structure of Trio is based on mirrored metres (1/4, 2/4, 3/4, …, 7/4, 6/4, …, 1/4). His Permutation on a theme of Martinu is also based on a mirror construction. This work was the first composition in which Beelaerts consciously composed for an audience. De Oppervlakkige Charleston was written according to serial principles. Life is a flower (1980) formed the crowning achievement of his extreme avant-garde compositional phase.

With his children’s opera Lange Maebe (1981), Beelaerts set off on a new direction. He abandoned score notation in favour of graphic notation. In Lange Maebe, he used children’s drawings as the basis of a performance by children. The result is that every performance or interpretation can be different. This graphic notation comprises part of his pedagogical intentions. The aim was to perform “difficult” twentieth-century music in a way that children could understand. The combination of theatre and music (in opera or in music theatre) implies that the visual aspect supports the visual aspect. The music closely follows the text, so that the content is made clear directly. Examples of this approach include Quebracuernos (1987) and A (1998). In order to make it easier to follow, Beelaerts sometimes calls for a voice or a narrator. The texts are not always sung word for word but serve as a source of inspiration for an instrumental composition. Examples of this approach include Life is a Flower (on 15 haiku’s by an Irish-Bruges poet) and 35 Mirlitonnades (on Mirlitonnades by Samuel Beckett). In these works, the text determines the form. Life is Flower, for example, consists of 15 short pieces all with different scorings, where each instrument appears the same number of times and in which the middle movement is a tango.

Besides opera and music theatre for children, Beelaerts occasionally writes works for students, such a Piamel (1980) and Groetjes (1989). Priamel is in fact a study in modern oboe techniques. Chamber music forms the other main portion of his compositions. The scorings are highly varied, although he regularly makes uses of Renaissance and Baroque instruments, as, for instance, in the Zakouski-Variations for two harpsichords (1996). Orchestral music, with which the composer feels less comfortable, occupies a minor place in Beelaert’s oeuvre, limited to several compositions written in connection with special commissions. One of these is Flashbacks (1986). Beelaerts sometimes uses electronic media, as in Quebracuernos, which includes tape-recordings of background noises and sounds from nature such as the wind, the sea and falling autumn leaves. In 1996 he wrote Papaver, a soundscape for tape.

Beelaerts’s instrumentation is completely in keeping with the postmodern style which he adopted at the end of the 1980s. His musical language remains generally atonal and is sometimes serial (as in 35 Mirlitonnades) but he regularly integrates references to early music. He aims for a combination of different styles and techniques from the past and the present. An example of this is Girasole (1989), a work reminiscent of a Lully overture, and the first bars of the Zakouski-Variations, which refer to J.S. Bach’s Toccata and Fugue in D minor, BWV 565. However, he never quotes literally but tends instead to attempt to establish a conceptual link with the old(er) music. These winks to the past are of a piece with the humour that Beelaerts always tries to put into his music. The titles often betray something of the music’s jocular aspect (e.g., Maxi-cosi fan tutte, 1992), forming a multi-layered condensation of the composition’s contents. 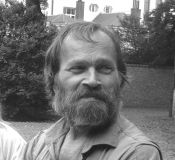